The Sociable8 months ago2 CommentsNo tags 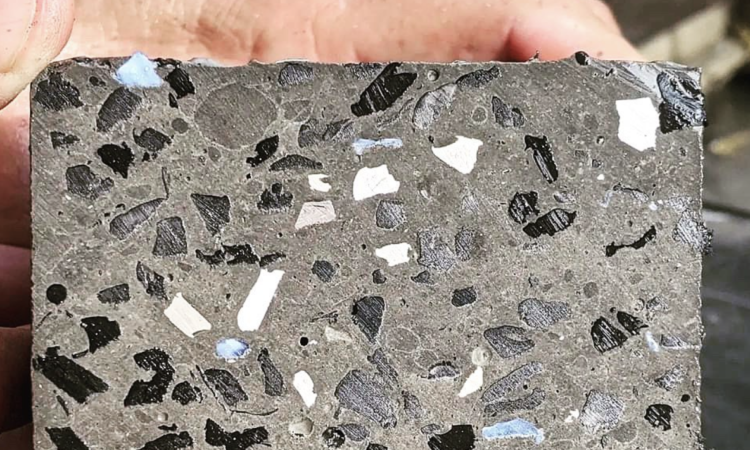 Moving to the United States after two years of traversing her homeland awakened Iranian architect Marieh Mehran to the bitter truth that homelessness knows no borders and stretches way beyond the developing world.

She vividly remembers being startled to witness scenes of homeless people on the streets of Los Angeles—where she was studying architecture and urban planning at UCLA—and questioning the definition of civilization and the role of technology in advancing social equality.

“That’s not what I expected to see in one of the richest cities in the world. It was then that I realized homelessness is indeed a global problem,” Marieh told The Sociable, adding the experience inspired her to find a solution that could change lives for the better.

Driven by a sense of responsibility as an architect to help people who cannot afford to build, buy, or rent a house, she started to lay the building blocks of her aptly named construction technology company—MAA’VA.

“My dad is a poet, and I grew up reading and writing a lot of poetry. Maa’va, which means ‘a safe place to thrive’ in Persian, is frequently used in Persian poetry and has always been one of my favorite words. When I wanted to choose a name for my company, I suddenly remembered it and decided on it without any hesitation as it truly encapsulates the essence of our mission and vision.”

And it sure does.

Their eco-concrete can be used for both conventional and 3D printing construction, allowing for the building of environmentally friendly, low-cost housing in one day for one tenth of the typical construction cost and half of the waste.

“There’s empathy in architecture. There’s empathy in science. But we’re not using it. We are using architecture and science to create luxury buildings, go to Mars, and create technologies that mainly privileged people can use, while we can use this hidden empathy to serve human beings of all sorts,” says the founder and CEO of MAA’VA.

Asked what makes their material unique, Marieh noted one distinctive feature is that they are using non-recyclable plastic waste as a replacement for sand.

“Also, we’re planning to use more waste in our material, and it’s going to be local waste. In addition, we’re making it carbon negative, high-strength, low-cost, and 3D printable at the same time.”

Drawing on her education at the prestigious University of Tehran and UCLA as well as her experience of working on projects related to companies such as Hyperloop Transportation Technologies, Tesla, and BMW in collaboration with UCLA, Marieh applied for and was accepted into the highly competitive program of the Founder Institute, the world’s largest pre-seed startup accelerator.

It was there where she decided to primarily focus on the material rather than mass production of green affordable housing, which was the original idea.

“After talking to many scientists, we realized that material can have a huge impact on the environment, especially as concrete is the world’s most widely used man-made material and cement—the key ingredient in concrete—is the source of about 8% of the world’s CO2 emissions,” Marieh explained.

At later stages, she says, her company would like to collaborate with 3D printing and construction companies or even build their own 3D printers to help build green, affordable homes for a larger segment of the population.

“But right now we are only looking into developing our material,” the Los Angeles-based social entrepreneur and environmentalist said, adding that their eco-concrete is expected to be commercialized within six months to one year—depending on their R&D progress.

MAA’VA has its sights set not only on the US market but also on the international market with the aim of “healing the planet”.

“We want to bring change to every part of the world, and that’s why we are using local waste as our ingredients. Our material can be developed in any environment,” Marieh commented.

MAA’VA has participated in the XPRIZE Carbon Removal competition, which is funded by Elon Musk and the Musk Foundation and is aimed at fighting climate change and rebalancing Earth’s carbon cycle. The $100M competition is the “largest incentive prize in history”, making it an extraordinary milestone.‎

Human beings are members of a whole,

in creation of one essence and soul.

If one member is afflicted with pain,

other members uneasy will remain.

If you have no sympathy for human pain,

the name of human you cannot retain.

And she says the message of humanity embedded in these verses lies at the heart of MAA’VA and motivates them every day to try and make the world a better place for everyone—one brick at a time.

MAA’VA plans to launch a crowdfunding campaign in the near future to fuel its next stage of growth with the help of people who care about not only the planet but also the people that inhabit it.