Quantum computing: collaboration with the multiverse? 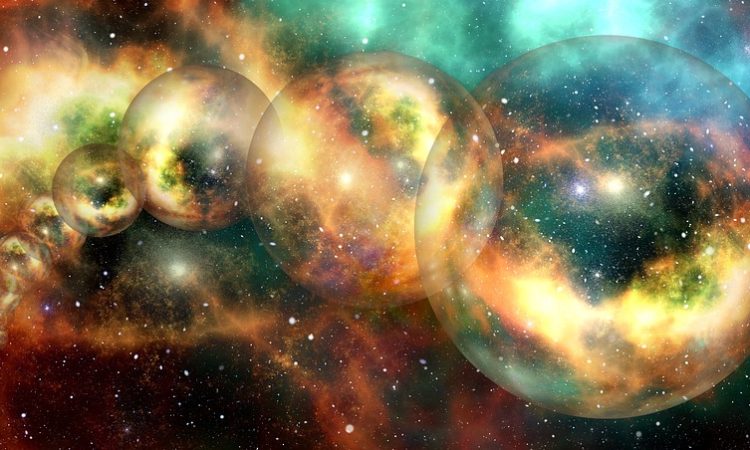 Quantum computing is now evolving as the hottest technology of 2019, but concepts behind this tech go back millennia, including those of parallel universes within a single multiverse.

“Quantum computation […] will be the first technology that allows useful tasks to be performed in collaboration between parallel universes” – David Deutsch, “The Fabric of Reality”

According to the above and below quote by David Deutsch from 1997, quantum computing will enable collaborations between parallel universes.

“Quantum computation is … nothing less than a distinctly new way of harnessing nature … It will be the first technology that allows useful tasks to be performed in collaboration between parallel universes, and then sharing the results.”

To better understand what Deutsch was talking about, here we will discuss how quantum computers operate and how they may interact with parallel universes.

According to Max Tegmark, the universe that we observe is only the result of how fast light has traveled to our current position in the cosmos.

However, space is vast and according to the theory, although a universe occupies space, a universe is not space itself. Just as we can say that billions of galaxies containing billions of stars exist in our universe, so too can we say that space may contain billions of universes in a single multiverse.

“The countless universes, each enveloped in its shell, are compelled by the wheel of time to wander within You.” – Bhagavata Purana 10.87.41

So, what does this have to do with quantum computing? The key word here is quantum, and quantum theory is something that still boggles the brightest minds of today as it is so counterintuitive. Among many of the apparent paradoxes the theory presents is that a particle can exist in more than one place at a time.

Being in two places at once can have a lot of advantages, but if a particle can be in more than one place at the same time, where is that other place? Where does it go?

Parallel universes, as we understand them today, only exist in theory. They have not been proven; however, that doesn’t mean that they don’t exist or that the theories are not useful. Afterall, Einstein’s general theory of relativity still remains a theory, albeit one that changed the course of human history.

“Quantum computing will answer fundamental questions about the origins of our universe.” – Microsoft

According to the Microsoft Blog, “Quantum computing will enable researchers to simulate and develop new catalysts and materials, improve medicines, accelerate advances in artificial intelligence, and even answer fundamental questions about the origins of our universe.”

How is that possible? How does quantum computing work?

In quantum computing, a qubit (short for quantum bit) is a unit of quantum information—similar to a classical computer bit. Where classical bits hold a single binary value such as a 0 or 1, a qubit can hold both values at the same time in what’s known as a superposition state.

With superposition, “If you’re thinking in terms of particles, it means a particle can be in two places at once. This doesn’t make intuitive sense but it’s one of the weird realities of quantum physics.”

What is this superposition state? “For decades researchers have stalled at this apparent impasse. They cannot say exactly what a superposition is without looking at it; but if they try to look at it, it disappears,” according to Scientific American.

Superpositions: Where do they go?

And that is the big question! If a superposition disappears, where does it go? A parallel universe?

Whether it goes into a parallel universe or not, the outcome is the same — immense computing power on a scale that would make modern computers seem like they come from the Mesozoic Era.

“Where current computers would require tens of billions of years to solve some of the world’s most challenging problems, a quantum computer would be able to find a solution in only minutes, hours, or days,” according to Microsoft.

What do parallel universes contain?

Following the theory, if quantum computing does collaborate with parallel universes, what is in those parallel universes? The word “parallel” implies something that either moves or is positioned alongside that of our own universe. Hypothetically, if a superposition can exist in two universes or two realities at the same time, then there should be similiarities between the two universes that would allow the superposition to occur.

Multiverse in Myth and Mysticism

Moving away from the scientific and mathematical, we enter a realm of myth and mysticism.

“There are innumerable universes besides this one, and although they are unlimitedly large, they move about like atoms in You.” – Bhagavata Purana 6.16.37

In Hindu Puranic literature the idea of a multiverse exists not only in space, but interweaves with all that exists.

“Every universe is covered by seven layers — earth, water, fire, air, sky, the total energy and false ego — each ten times greater than the previous one. There are innumerable universes besides this one, and although they are unlimitedly large, they move about like atoms in You. Therefore You are called unlimited.”

“The countless universes, each enveloped in its shell, are compelled by the wheel of time to wander within You, like particles of dust blowing about in the sky.”

The ancient scripture suggests that parallel universes don’t only exist in outer space, but also in inner space in that they also exist within you and I. This suggests that you exist in more than one form at the same time, living a parallel life although completely unaware of the other’s existence in a state of constant superposition.

When we experience moments of déjà vu, did these things actually happen to “us” in a parallel life? What about in dreams? In dreams we enter indescribable realms that defy logic and physics, yet these places are real to us and we never question how they operate — in dreams we just accept our dreamworld as it is.

Or maybe superpositions are like avatars. If multiple universes exist, can they all be intertwined in a nonlocal entanglement? In other words, if you can be in two, three, 50, or an infinite number of places at once, could all of these “yous” be avatars of a higher self that controls them all? If a higher self exists, who is the one and infinite creator?

So many questions, but to get back on point, whether the idea that quantum computing will enable collaborations between parallel universes turns out to be true or not, the technology promises to “answer fundamental questions about the origins of our universe.”