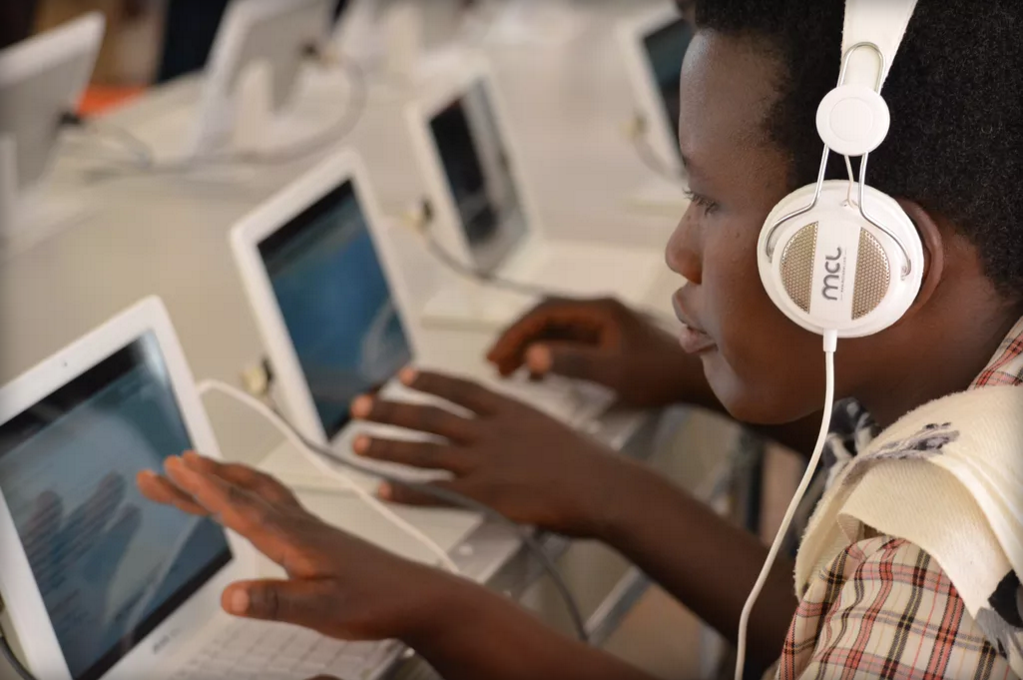 To better help the migrant crisis major tech companies should provide more EdTech solutions, so they can improve education and integration for millions of refugees.

Google, Facebook, Microsoft, Twitter and other big tech corporations have joined hands with the White House in response to former President Obama’s call to action to help refugees across the globe. The White House released a list of tech contributors in September, who will be donating funds, products and tech expertise in an attempt to play their part in the increasingly problematic refugee crisis in Europe and the Middle East.

However, while contributions such as free computers, electricity for camps, and wireless internet are undoubtedly important, some argue that tech community should be more direct in tackling the problem. By creating apps and technology which could help improve education and integration, they could help millions rather than the select few.

More than a 1.3 million refugees have crossed into Europe since the start of 2015. Aside from the initial costs of feeding and housing hundreds of thousands of refugees, the main concerns for leaders of host countries are education and integration. Experts argue that for integration to be successful, Europe—and the U.S.—must embrace the languages and culture of those who immigrate there, but evidence shows that teachers in host countries are unequipped and untrained to deal with foreign students.

In accordance with German law and the United Nations Convention on the Rights of the Child, all children under the age of 18 are entitled to free education, regardless of whether their residency has been approved. But considering the volume of immigrants —477,000 formally registered but authorities predict more than a million in total — authorities are hard pushed to find school spaces and teachers for school-age children. According to Reuters, local authorities aim to hire more than 3,000 new teachers, but are struggling to find trained professionals that are fluent in refugees’ mother languages.

While they are not legally obliged to do so, adult education is also essential if host countries are to efficiently prepare refugees to contribute to the host society and the economy. According to data compiled by Eurostat, 81% of migrants who formally applied for asylum in EU countries in 2015 were younger than 35, and could become valued members of the workforce in their host countries.

However, for migrants to truly build lives in their new home countries requires efficient education systems, re-training, and cooperation from employers. In May 2016, Angela Merkel rolled out the Integration law which will offer adults who are deemed as being suitable for integration into Germany, 600 hours of free language training and 100 hours of cultural orientation, before taking the “Living in Germany” test.

However, many teachers, education experts and migrants told Reuters that schools were reaching capacity, and there simple isn’t enough space or teachers to educate all of the migrants entering the country. Experts also raised concerns that the level of language training was not high enough to meet the expectations of employers.

Last year President Obama called on businesses and communities in the U.S. to offer aid for the emerging refugee crisis, stating it was “the American thing to do.”

American tech giants responded en mass, and in September the White House released an extensive list of those rallying behind Obama’s call. Google has generously committed to offering technical expertise for teaching programs and donate more than $5M worth of chromebooks, Facebook plans to offer free WiFi in 35 camps in Greece, and Microsoft aims to launch an Arabic to German language course and develop an innovation hub for refugee entrepreneurs.

However, while the stars of the tech world have been extremely generous in their contributions, one could argue that they are not taking a sufficiently “head on” approach. Sending laptops and offering specific training centers is great, but it is not scaleable and repeatable.

Further on the right track, HP is offering free online courses and curated content to help refugees develop essential business and IT skills and Pearson has committed to doubling its investment of $2.2 million and working with partners to develop and provide digital educational solutions and programmes for displaced people in Europe.

Even in Germany, one of the host countries with the most resources and funding available to invest in the future of refugees, the process of including adults in educational programs remains slow due to the amount of people entering the country. Refugees report gaps of more than a year in a host country before they are given a place in an educational course, which slows the process of integration to a snail’s place.

To speed up and extent the process, a mix of ‘in-person’ classroom based learning complimented by a range of technological edutech tools online and in the form of apps is needed. In a recent TechCrunch article Brian Reich states “It’s time to attack problems like the refugee crisis with the ambition and strategy of a Fortune 500 launch.”

To really make a difference, leading tech companies need to use their own innovation labs to create real apps and programs which can be translated into different languages and easily accessed via smartphone technology and online, both in an education setting and when at home.

Tech as a teaching tool

In the education sphere, teachers are increasingly incorporating smartphones as classroom tools, encouraging students to BYOD and work in groups with students who don’t have access to one. While the majority of refugees from war torn countries like Syria left their countries with next to nothing, many have access to smartphones and are taking advantage of innovative apps to guide them in their journey to safety, learn new languages, and interact with authorities in their host countries.

However, to date there has been a limited amount of new tools created aimed specifically at improving education for migrants.

According to the WirtschaftsWoche, the German education ministry is developing two apps for language learning to improve the chances of integration. These apps would allow migrants to boost their learning at state-run education centres, but also self-teach and assist others in learning outside of a classroom environment. In Sweden, authorities are encouraging migrants to take advantage of free language learning tools like Duolingo, to accelerate their learning.

However, while free tools are great, considering the scale of the problem, apps and programs need to be developed specifically for their target users.

In Norway, NORAD launched EduApp4Syria, an innovation competition which offers a cash grant to develop an open source smartphone application to teach Syrian children learn how to read in Arabic and improve their psychosocial well being. The organizers recognize that open source apps for smartphones –with smartphones available for as little as $30 — open the door to educating potentially millions of migrants, and can also be programmed in various languages.

Earlier this year the European Commission and a range of partner organizations including Nesta, launched the European Social Innovation Competition with a central aim of enabling migrants to contribute to their host countries and tap into their existing skills and work experience with new tech tools.

Techfugees motivates startups to help create new innovative solutions to assist in the refugee crisis and its first event in October 2015 saw the creation of GeeCycle.org, a platform allowing people to donate their mobiles to those in need.

For migrants to really be able to live, work and integrate in a country they first need to be able to speak the language and understand the new culture and customs. Considering the resources available to leading tech companies, one could argue that instead of contributing, they could tackle the problem head on and innovate and offer grants to really make a big difference.

It’s up to the tech community, local governments and international organizations to work together to create new tech which instead of helping a small select group in one camp or classroom, has the potential to help millions and make lasting change.