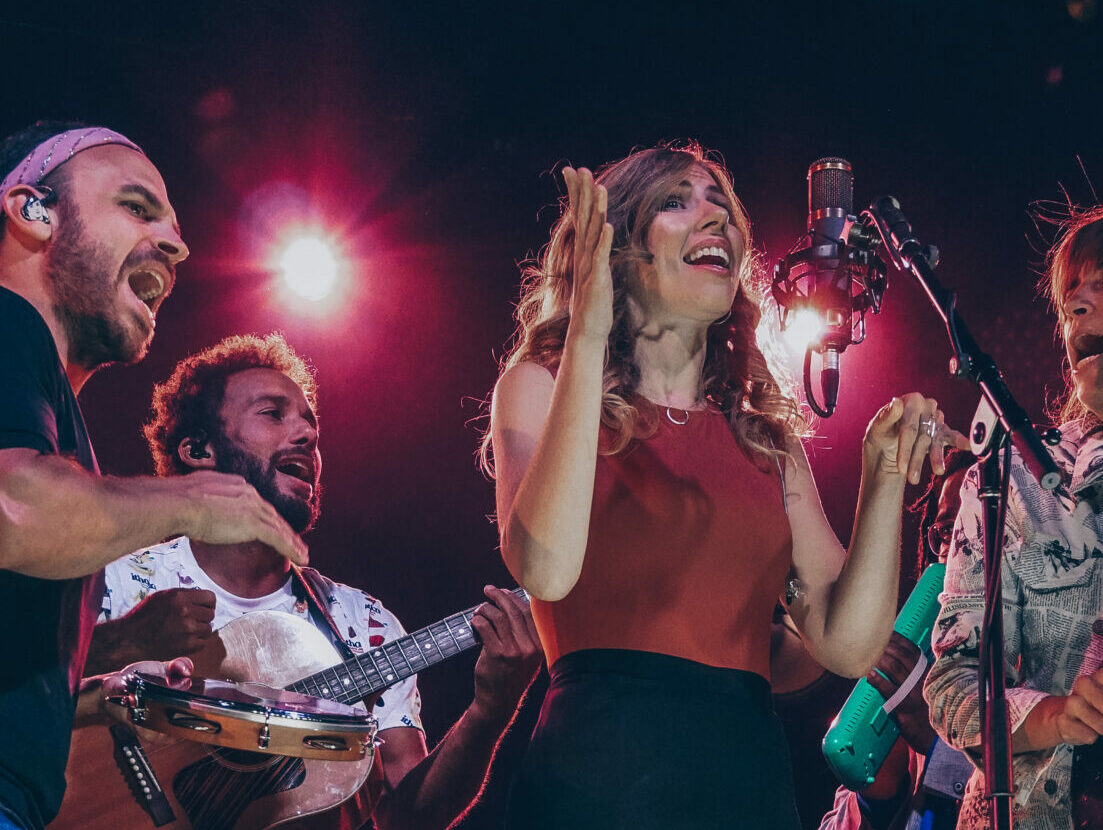 The value of music goes far beyond its auditory merit. Music resonates in people’s everyday lives, in their milestones, and in their connection with something larger than themselves. Many times when we hear a song, it can transport us back to another place, reverberating memories through both space and time. Beyond music’s capacity to connect and even heal, it also drives economies, fuels social change, and memorializes historical moments.

When public gatherings were banned due to the pandemic, it was clear that music and the platforms that support it needed to evolve. The hand of the music industry was forced on many matters, and as a result, many existing disparities boiled to the top.

Energized by key technological innovations, feasible routes to circumvent the roadblocks of a Covid-19 reality are being generated and recovery for the people that bring us music has started. Let’s take a look at some of the applications that have helped to reimagine how we approach music, and how they are helping to make it a more sustainable and equitable industry for years to come.

Live music, which is where music’s energy truly manifests and serves as a conduit to human connection, was cut short on account of a new era where personal interaction was dubbed dangerous and sometimes even fatal. This has substantially affected not only musicians but all of the individuals adjacent to them that make live music possible.

To date, there has been a fervid game of hot potato with who should make the call on whether or not live music is permissible. For example, one of the largest music facilitators in the game, Live Nation, asked artists to set their policies on whether or not they wanted fans to show proof of a vaccine or negative testing. As of October 4th, however, Live Nation will now require all artists, crew, and attendees to show proof of full vaccination or a negative test at their venues and upcoming festivals. This will ripple out to many affected businesses, venues, and festivals owned by the music conglomerate. 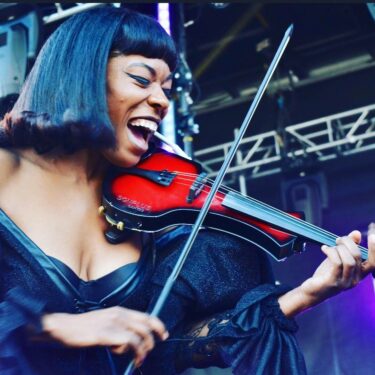 Bindle is a software application purpose-built to help communities safely, fairly, and fully reopen—giving the capacity for music venues to put all of their requirements for music fans into one place. This has made live music possible again because it allows the businesses that platform it to set a clear ultimatum for what they need from their patrons. This is especially noteworthy for music festivals, as they have had to navigate uncharted territory, with liabilities and responsibilities still ambiguous.

As they say, however, the show must go on. Bindle allows you to securely store your Covid-19 test and vaccine records and easily proves your health status whenever going into a shared space.The app does this with privacy top-of-mind and never shares personal health information with the places you are visiting. The trajectory is simple—you load a profile with your test results and vaccine certificates, select the place or festival you want to attend from a functional map, and then Bindle takes care of the rest in certifying your prescreening to ensure that your health records comply with entry requirements.

Let’s take a look at the numbers. Adding up the reality of the music industry today comes down to simple math. Spotify, which is the world’s most popular audio streaming subscription service with 365 million users and 165 million subscribers across 178 markets doesn’t ration these numbers fairly when it comes to the content creators themselves. This is because the app doesn’t pay royalties directly per stream. Instead, they have deals with major labels to access their catalogs leaving artists to make only $0.003 – $0.005 a stream on average.

Even for bigger artists, this doesn’t add up. More than 150 artists in Britain, including stars like Paul McCartney, Kate Bush, and Sting, signed a letter asking Prime Minister Boris Johnson for reforms in the streaming economy. In the United States, the Union of Musicians and Allied Workers, instigated a guerrilla campaign against Spotify, demanding higher payouts. This showcases that the streaming economy’s fundamental ethics and the payouts to the artists are in need of reform. 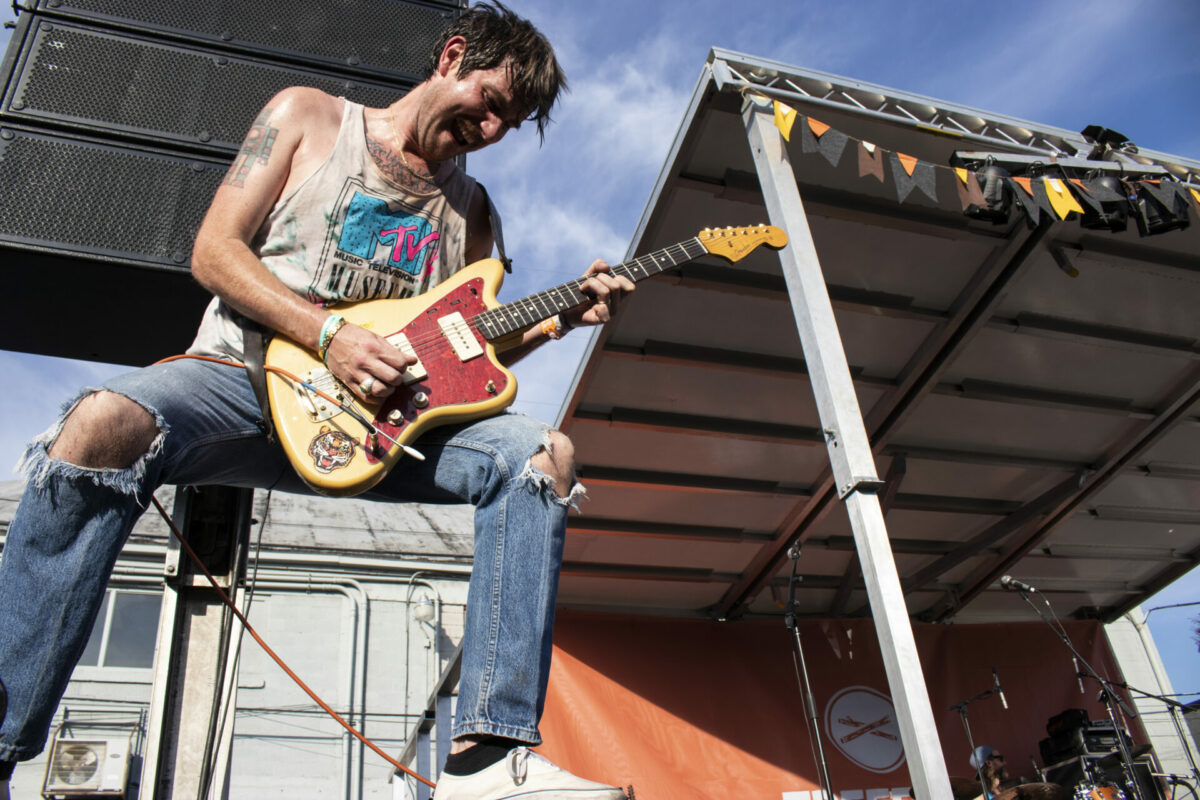 A fresh look at streaming is being seen through an application known as Disctopia. As a true indie platform, they put power back in artists’ hands by allowing them to upload all of their creative work in one place. This returns the freedom of choice to creators, allowing them to decide whether they want their content to be downloadable for digital sales or even stream only. With more features and flexibility than any other platform, there is space for albums and other pieces of original music content to be shared by creators.

Short films, music videos, TV shows, and podcasts videos all have a place in the app as well. All content is linked to one account, so creators can display their full creative prowess, facilitating fertile ground for their fanbase to connect through all available facets. Finally, Disctopia has a merch integration tool, which allows artists to sell merchandise without any upfront cost with easy print-on-demand drop shipping and fulfillment services. This eliminates the need for costly inventory and can be a huge bolster to a musician’s pocketbook, as 5,000 streams are equal to the profit of one T-shirt sale.

Despite the fact that the streaming economy needs an update, according to StreamElements and Arsenal.gg, the live-streaming sector grew 45% between March and April of 2020. What is more, year after year, the industry continues to grow by 99%. This is probably due to people being at home more, with many being in need of a soundtrack to harmonize the many activities that are now completed from home including work, play, and everything in between.

In order for artists across the spectrum to get the recognition they deserve, a new format of discovering music is needed. Spotify’s AI algorithm, which is based on statistics, naturally favors popular artists. Furthermore, it was shown that this algorithm might be a bit racist as well. It was found in a recent analysis of Spotify, Apple Music, and iHeartRadio that out of 330,000 streaming music listeners over a nine-year period, only 25% of songs played were led by women.

Tweaking the way that music is served to its fans for a more fair exposé of artists is exactly what application PlaylistPush is doing. With real people curating playlists, the application helps independent artists get their music on playlists and give playlist curators a way to discover new music. By propagating songs via a playlist, the app sends artists’ music to a targeted group of playlist curators who then review their songs for playlist consideration. 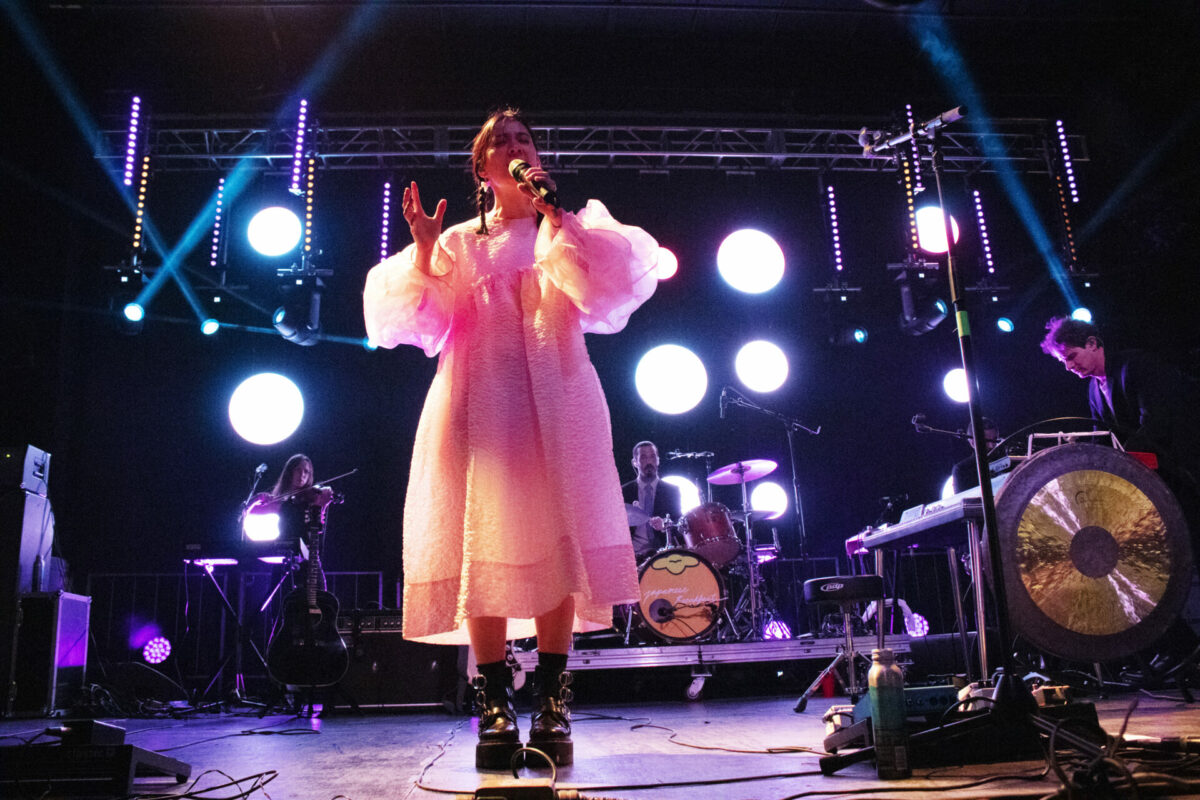 The application has the most active network of Spotify curators, with more than 970, that help to take the hassle out of content creators trying to swim upstream and get their music on a “popular” playlist. The app works directly with these curators and measures data from each campaign for maximum effectiveness. This helps music curators to discover some of the best up-and-coming indie artists and help them to launch their careers, bypassing the stigma from algorithms.

Plato once said that necessity is the mother of invention, and this rings true for the music industry. The music industry has had to morph in unprecedented ways so that it can continue to operate, and these are just a few examples of how music is being reformatted. With innovative ideas, society can start to tune in in new ways and help the industry as a whole turn over a whole new record.