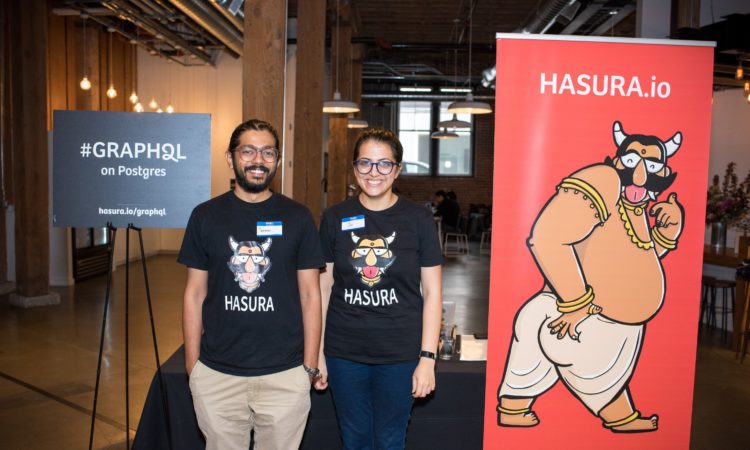 San Francisco and Bangalore-based developer tools startup Hasura announces that it has raised a $1.6 million seed round investment from Nexus Venture Partners and GREE Ventures.

The Hasura platform allows developers to deploy custom APIs, web apps, and static files onto a Kubernetes cluster with no setup.

“Using Hasura’s platform, developers can now create cloud-native, portable and ‘elastic’ applications within a few minutes without knowing anything about Kubernetes in the beginning!” – Sameer Brij Verma, Managing Director at Nexus Venture Partners.

Hasura is a certified Kubernetes provider and a member of the Cloud Native Computing Foundation. Hasura also recently open-sourced a portion of their work in this space, Gitkube, a standalone Kubernetes component that allows developers to git push to deploy on their Kubernetes cluster. It picked up over a 1,000 stars on github within a few days of its release.

“Today, if a fullstack developer learns how to write a Dockerfile and the basics of Kubernetes they can take complete control of their stack, end to end,” said Hasura CEO Tanmai Gopal.

“They can build, deploy, operate and scale their microservices application to millions of users entirely by themselves. This will completely change the dynamic everywhere applications are built, from indie projects, to startups to Fortune 500 companies and this power will disrupt how development and operations are done today,” added Gopal.

Hasura also provisions Kubernetes clusters on different cloud-vendors in a single command for developers and allows complete porting of a application from one cloud-vendor to another automatically.

You can check out how developers can leverage Kubernetes and cloud services like Azure in the below clip from Microsoft’s Decoded Show, with its Host John Shewchuk and Executive Producer David Mendlen.

“We were one of the earliest adopters of Docker & Kubernetes in the world and we’ve been running Kubernetes clusters for application developers across all the major cloud providers. Our team’s DNA at its core is to create magic for developers and we’re going to lead the charge in accelerating how cloud-native applications are built,” said the Hasura CEO.

The latest round of Seed Funding was led by Nexus Partners, a leading venture capital fund with offices in US and India and more than $1 billion under management.

According to Hasura COO Rajoshi Ghosh, the team plans “to use these funds to accelerate product development to make sure our offerings continue to remain on the cutting edge, and to strengthen our marketing and developer relations teams.”

Also contributing to the funding was GREE Ventures, which invests in early stage (Seed to Series A) internet and mobile companies in Asia.

“Ultimately, containers and Kubernetes are just details on the road to helping teams build, iterate and maintain with maximum agility,” said Nikhil Kapur, Principal at GREE.

“Creating an environment for developers to collaborate, build and iterate rapidly without compromising on their ability to control lower layers of the stack is a powerful value proposition in the cloud-native landscape. Hasura lets you deploy anything from a Jupyter notebook to a chatbot to a fullstack react-graphql application by running a single command: ‘git push hasura master,'” added Kapur.