Low-cost access to space Is closer than you think 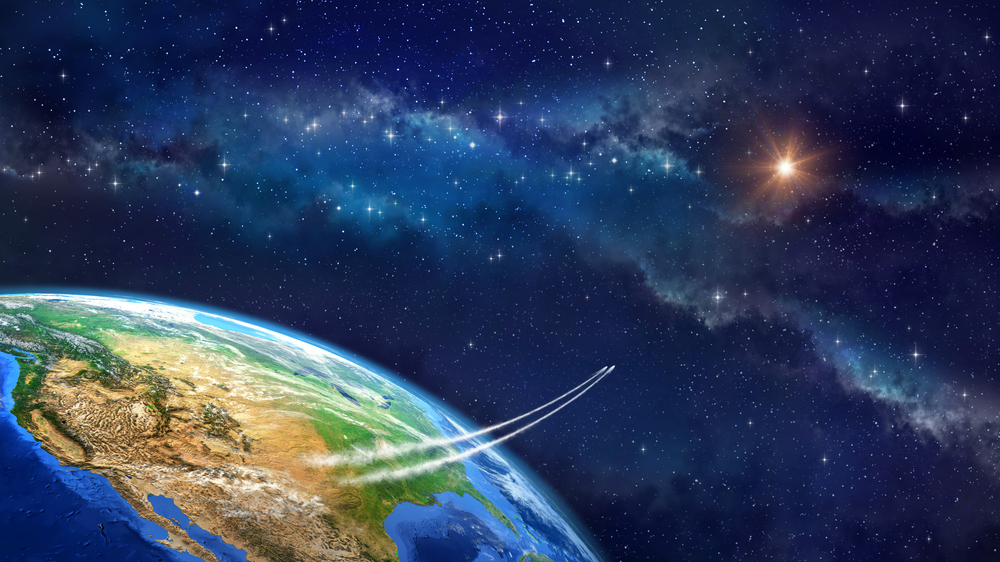 The access to space has traditionally been the domain of governments – the entities investing billions of dollars to power complex missions and push the boundaries of human possibilities.

Increasingly, SpaceX and others have been shifting these dynamics, with more change now being underway. Over the past six decades, advances in technology and our scientific understanding of space have officially brought an end to the barriers to entry in the space business.

Companies across the world are now starting to truly grasp the benefits of space presence. And it’s not just those operating in communications.

Farmers are leveraging satellites to optimize their land fertilizing strategies, while supply chain companies are looking to better understand the nuances of ocean currents to design the best routes for their fleets.

The entire global space economy is thriving – in 2018, its volume was estimated at $360 billion.

But even if space business is now perhaps the best long-term investment a company can make, there’s a catch: getting the technology and setting it up there.

Luckily, a better and cheaper path to commercial space accessibility is nearer than we might think.

Defying the gravity of traditional obstacles

Imagine that you’re waiting for a bus at a bus station. You need to pick the bus going to your destination and get there on time. You also need to wait for the bus to fill up before it leaves. And lastly, you need to make sure that the driver lets you, and all of your belongings, on board.

This situation reflects the traditional challenges faced with rockets – because, at the end of the day, the rocket business is simply a transportation business.

As rocket capacities tend to be large and the technologies sent to space are getting smaller, it’s becoming normal to wait until the rocket capacity fills up. Companies need to fit into the schedule and unless they are big players, they don’t get to dictate the terms of the launch. Ridesharing is another challenge:

It’s common for companies to express concerns about their technology being damaged or negatively affected as a result of proximity to another device or tool.

This means that when looking to go to space, it’s not always easy to find the right “bus”. They don’t necessarily come when you want them to, you might need to wait until they fill up, and you must be strictly compatible with the other passengers.

However, these are all problems that can be resolved.

What if, instead of a bus, you could take a taxi to space? Rockets don’t need to accommodate many disparate needs at the same time; they should be designed to fit individual needs instead.

Such a customer-centric approach can bring many benefits, including greater efficiency, speed, and cost-effectiveness. After all, abandoning the one-size-fits-all approach allows for greater customizability – and ultimately – better scaling.

Because rather than waiting for a rocket to fill up, the vehicle itself can adapt to the specific needs. For example, it’s possible to simply change the number of rocket engines based on the total weight of the cargo, or launch from a location that best fits the client.

All this is enabled by technology. Innovative manufacturing techniques reduce the production time of the most complex parts of the rocket – such as the engine – allowing for a rocket to be assembled at an unprecedented pace of even two weeks.

Smaller and more customizable rockets don’t require fixed infrastructure, meaning that they can take advantage of a vast number of launch pads all over the world.

A whole galaxy of opportunities

Perhaps one of the most curious implications of space access is so-called entertainment from space, the principle of dropping debris down from the sky so that it burns in the atmosphere, creating an effect of artificial shooting stars.

Still, one particularly important development is the emergence of smaller satellites. Companies have observed that having several smaller satellites doing the job of one big device brings more flexibility and customizability.

Rather than investing $10 million in one satellite that can go wrong, costing you the whole mission, it’s better to have an arsenal of tens or even hundreds of $10,000 satellites. This way, companies can diversify the risk, easily upgrade the hardware, and fine-tune their satellites to meet their unique needs.

At the same time, smaller satellites are another step toward the democratization of space. Now, startups, universities and research bodies, and other private entities have satellite technology within their reach.

In 2018, 253 satellites weighing between 1 and 50 kg were launched worldwide, according to the most recent study by SpaceWorks. In 2023, this number is predicted to surpass 700.

However, this seems to be a conservative estimate as other reports show larger numbers too.

Peter Diamandis, the CEO of Zero Gravity Corporation, once said: “Space is an inspirational concept that allows you to dream big.” But thanks to technology, we can do way more than just dream.

By abandoning the rocket-centered focus, commercial actors will be able to launch their space device, be it a satellite, a research object, or any other thing, on their own terms.

Disclosure: This story is brought to you through an Espacio portfolio company

Srinath Ravichandran is a Bond trader turned Aerospace Engineer with over 10 years of experience in Engineering, Finance and Project Management. He has a Bachelor's degree in Electrical Engineering from College of Engineering, Guindy and Masters degrees in Financial Engineering from Columbia University and Aerospace Engineering from the University of Illinois at Urbana Champaign. He is deeply passionate about space and started Agnikul with the simple idea that going to space shouldn't be the hardest part of living in and working from space. When he is not working on Agnikul-related projects, he spends his time trying to write screenplays.