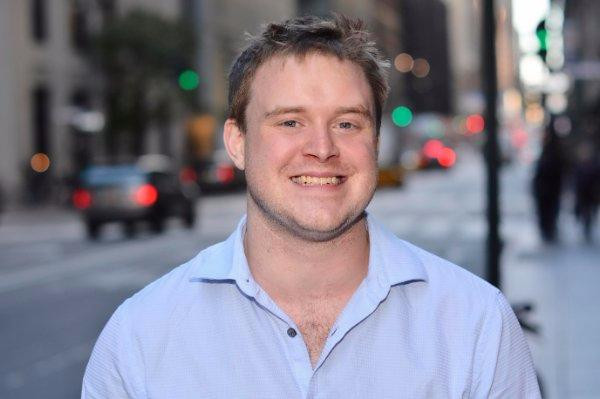 Andrew Yang isn’t the only successful entrepreneur running for New York City mayor in this November’s elections. The 34-year-old Eddie Cullen, who is the founder of Impact USA Group as well as several other New York-based startups, has put his hat into a massive field of candidates as a Democrat.

Much of his candidacy is centered around his plan called the New York City Framework for Collaboration, in which Cullen is proposing to have numerous committees join around public-private partnerships that can foster growth in the city. The committees would touch on education, homelessness, criminal justice and other hot topic areas affecting New Yorkers. With the government’s handling of the pandemic and other institutional failures he sees, Cullen says he feels he’s the man to clean up the mess.

“I think over the past year I’ve been shocked into action,” Cullen told the local New York City publication Gotham Gazette in an interview earlier this year. “I’m not a conventional candidate (but) I’m practical. I’m pragmatic.”

His extensive background as a startup leader also includes playing instrumental roles as an executive at startups like Company.co, Bridge and Bronx.Tech. The latter two were designed to give unique educational opportunities that otherwise wouldn’t be there for New York City youth. He is also one of the organizers of the Harlem Tech Summit, a conference that highlight’s the neighborhood’s tech prowess as well as promotes inclusivity and diversity in the tech space. Last year’s Summit featured speakers such as Marian Croak, VP of Engineering at Google; Fred Wilson, Partner at Union Square Ventures; and Mariah Lichtenstern, Founding Partner, DiverseCity Ventures.

Bridge, which was Cullen’s first company, was meant to make connections between students and industry professionals to provide long-lasting jobs in a variety of industries.

“I’m an entrepreneur and a teacher. I’m not a politician,” – Eddie Cullen told Riverdale Press

“I’m an entrepreneur and a teacher. I’m not a politician,” Cullen told the Bronx-based news site Riverdale Press. “But if I’m capable of solving problems right now, then I need to just do it.”

As he turns his focus to his run at replacing the unpopular Mayor Bill de Blasio, Cullen said that homelessness due to the economic impact of coronavirus will be a major issue that the incumbent will need to tackle. As the Associated Press just reported, tens of thousands of New York residents have not been granted rent relief money that could help them avoid eviction. That sets up an inevitable housing crisis on a massive scale across the country and that will be particularly visible in cities like New York.

“It’s real, you know? It’s like in three or four months, either people are going to be homeless, or they’re going to keep kicking the can down the road,” Cullen told the Riverdale Press. “And then the next mayor is going to have to deal with this. You’re talking about the displacement of 50 percent of our city. That’s a lot.”

Certainly considered one of the dark horses of the Big Apple’s mayoral candidates, Cullen and other candidates may have a tough time toppling current favorites like Yang and current Brooklyn Borough President Eric Adams.

However, this is the first time in the history of the city’s mayoral race where ranked-choice polling is being used, meaning a broad appeal to voters will be important to capture those second- and third-place votes. The extremely crowded race now has at least 40 candidates in the running. 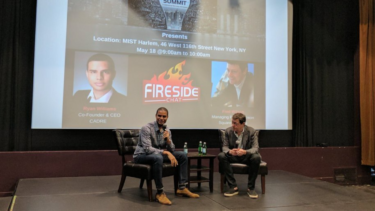 Whoever wins is stepping into one of the hardest mayor seats in the country, where constituents are not easily satisfied. De Blasio, who cannot run for re-election, has an approval rating of just 49 percent. In addition, 39 percent of New Yorkers said last fall that they disapproved of how he handled the coronavirus pandemic.

Cullen has regularly touted his connections and past partnerships with universities as a positive trait in his favor. His current company Impact Group USA is building hundreds of acres for a smart city in San Diego in partnership with Purdue University to help develop “modern social, educational and economic initiatives.”

One of Cullen’s other major ideas consists of having corporations that have set up a base in the city to invest a small portion of their overall revenue to invest back in more marginalized communities in the city. That platform follows in line with the lifelong New Yorker’s entrepreneurial track record of giving more economic and educational opportunities to his fellow city residents.

“It’s really just engagement and opportunity. So it’s getting a significant return and leveraging to get that return, and then also having a social benefit as well.”