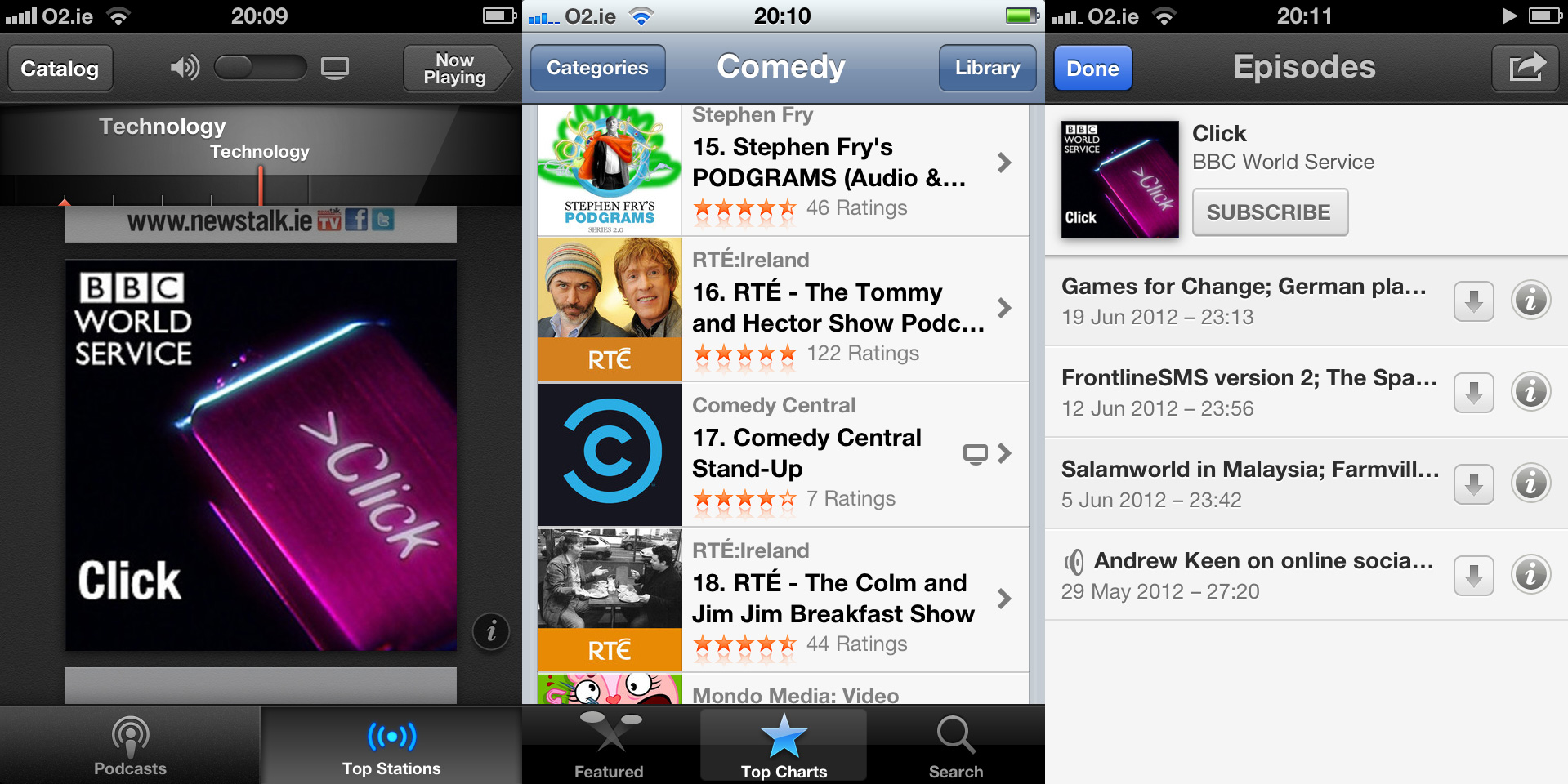 Apple has just released a standalone and appropriately named Podcasts app, describing it as the “easiest way to discover, subscribe to and play your favourite podcasts” on mobile.

This isn’t the first time Apple has pushed out or “broken up” apps into a number of smaller, more defined ones that are focussed and designed to perform very specific tasks. Last October, with the release of iOS 5, the iPod app was split into two separate Music and Videos apps. The iTunes U education app also exists independently of iTunes, though downloads can still be accessed through it.

It was previously reported that a standalone podcast app would surface in iOS 6 this Autumn, so it’s a pleasant surprise that it has arrived sooner than expected.

The new Podcasts app allows access to 100,000’s of audio and video podcasts, organised across 16 different categories. Unsurprisingly, our favourites are Comedy, Technology and TV & Film.

A customary share button allows podcasts to be emailed, tweeted or Messaged to friends and followers.

The app requires iOS 5.1 or later, supports 31 languages initially and is 8.8 MB in size.