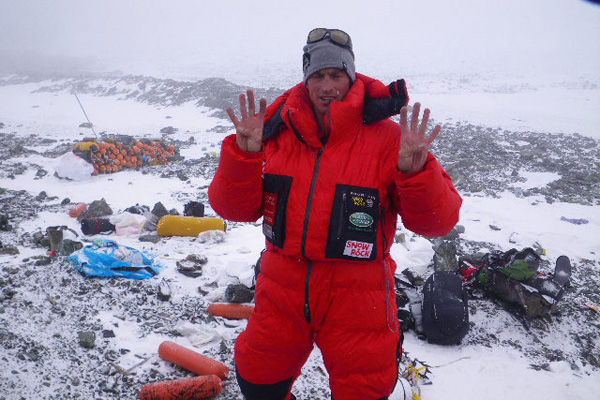 British climber and mountain guide Kenton Cool has sent the first ever tweet from the summit of Mount Everest, the world’s highest mountain. Cool reached the summit yesterday for the ninth time and sent the tweet from a sponsored Samsung Galaxy S II smartphone.

Everest summit no 9! 1st tweet from the top of the world thanks to a weak 3G signal & the awesome Samsung Galaxy S2 handset! @samsunguk

Tweeting from Everest has only been made possible after Nepali mobile network operator Ncell installed the first 3G station at the mountain’s base camp in October 2010. In a cunning marketing ploy Samsung provided Cool with the Android powered handset to ensure the first ever 3G call and tweet from the top of the world came from a Samsung handset.

Cool said of his achievement,

“I’ve climbed Everest before but have never been able to share the exhilaration and excitement I experience when I reach the top with those back home.”