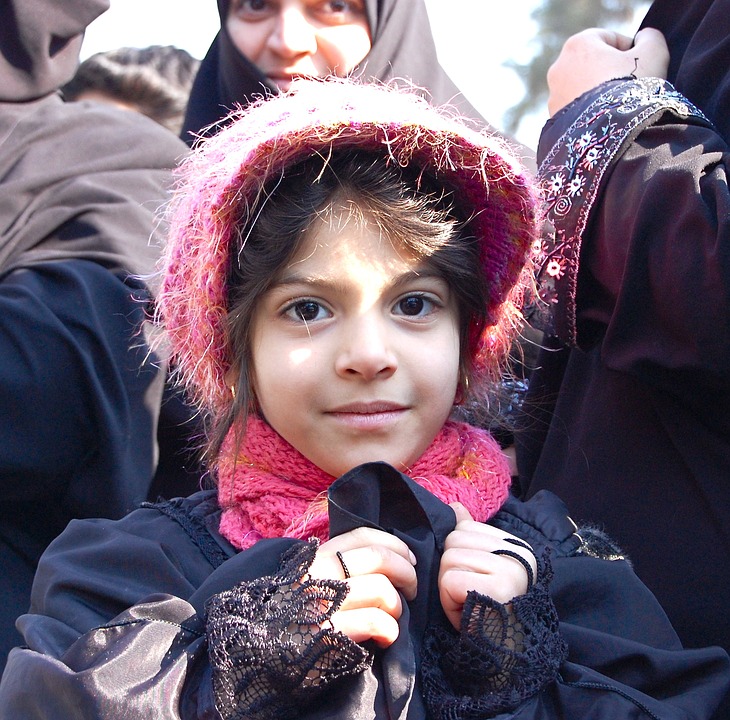 Like many countries, Iran has its fare share of problems, however, one of the most concerning issues in the middle eastern country faces is the alarming level of sexual abuse experienced by its citizens.

Not only do women suffer a worryingly high level of abuse, but more alarmingly, so does the country’s children. It is estimated that 21% of Iran’s street children face sexual abuse, a figure that is shockingly high. While this may only focus on street children, Iran has an overall obscenely high rate of sexual abuse for children.

However, NGO United for Iran, based in the Bay Area is working to change the horrific conditions Iranian children face by working to promote civil liberties and civil society in Iran. Most recently the NGO has announced the release of Michka: a new Android app that functions as an e-book designed to help adults teach their children how to recognize and report sexual abuse.

Essentially, Michka is the story of a gender neutral insect whose wings are considered a  private part that should not be touched by others. One day Mr. Koopoom, an adult insect, touches Michka’s wings, Michka becomes confused about how to respond and react to the situation. The story tells a tale of how a child can speak with their parents about things that are confusing.

Sahar Shams, the project lead behind Michka, is a survivor of childhood sexual abuse. She created the app, with the approval of child psychologists, as a resource for Iranian parents to talk about the difficult topic of sexual abuse in a language that is appropriate, understandable and non-threatening for children.

There is no exact data regarding the prevalence of sexual abuse of children in Iran. But, in 2016 the issue of child sexual abuse was thrust into the spotlight when a number of complaints came forward in Persian media outlets accusing Saeed Toosi, a prominent qari (someone who recites the Quran), of sexual misconduct, including the rape of children.

“Iran is not immune to the use of sexual abuse as a weapon of control waged by the powerful over the powerless,” explained Firuzeh Mahmoudi, Executive Director of United for Iran. “Michka empowers vulnerable children with the tools to recognize inappropriate touch and provides an invaluable resource for parents to talk to their children about this sensitive issue.”

“Michka is a story I wish I was told when I was a child. Unfortunately, the issue of childhood sexual abuse is not an openly and intelligently discussed issue in Iran– nor in many places worldwide,“ explained Sahar Shams, Michka Project Lead. “People believe it’s an issue bigger than what they are capable of dealing with, so they prefer to pretend it doesn’t happen. I hope this book encourages an open, productive discussion about childhood sexual abuse so we can address the issue, preventing future incidents and providing support to the silent victims.”

This is the 6th app to be released by the NGO after it launched its new app incubation program in June 2016, which seeks to match civil society activists with app developers and programmers to create smartphone applications for the 40 million smartphone users that currently live in Iran.

“Today, there are more than 40 million smartphones in Iran and a million more are added every month. But the number of human rights apps remains close to zero,” added Firuzeh Mahmoudi, executive director of United For Iran. “We’ve seen technological advances transform the global human rights movement and mobile-phone apps have the capacity to enable Iranian citizens to more easily and securely organize, assemble, and express themselves.”

Sadly, this is appears to be a consistent problem in Iran with very damaging effects on the unfortunate victims. However, there is hope that this app could initiate a new line of communication between parents and their children, changing the way society and families in Iran approach sexual abuse. Even if this app is able to prevent a small number of child from experience this disgusting type of abuse, it could make a big difference.