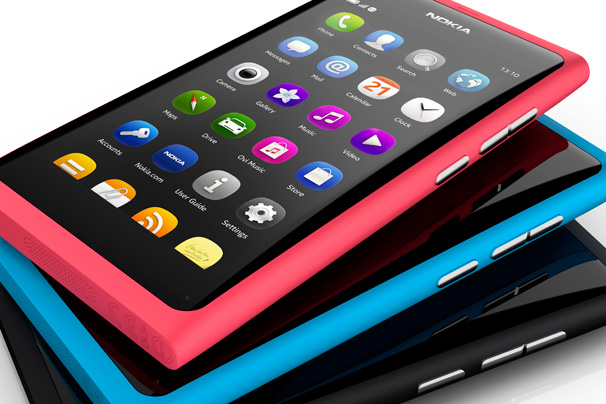 Nokia have unveiled their first MeeGo-based smartphone at the Nokia Connection event in Singapore today. The Nokia N9 is also the first ever buttonless mobile device, relying purely on touch input, and will be released sometime “later this year”.

The handset, which admittedly is rather nice, features a 3.9 inch curved glass AMOLED display, a polycarbonate body and an 8-megapixel camera with Carl Zeiss optics. The Nokia N9 is powered by a 1GHz CPU, has 1GB of RAM and up to 64GB of storage memory. Bluetooth 2.1, Wi-Fi NFC and GPS are all supported. The device will be available in three colours; black, cyan and magenta.

While MeeGo’s ecosystem is underdeveloped, the platform does come preloaded with some of the most important apps; Twitter, Facebook and Maps.

It’s difficult, however, to see the long term sustainability of the MeeGo platform. Earlier this year Nokia stated that they would make Microsoft’s Windows Phone 7 (WP7) the default operating system on a majority of their devices.

In the press release concerning the N9 announcement, Nokia also shied away from promoting the fact that the device was powered by MeeGo, only mentioning the term once in a one thousand word release.