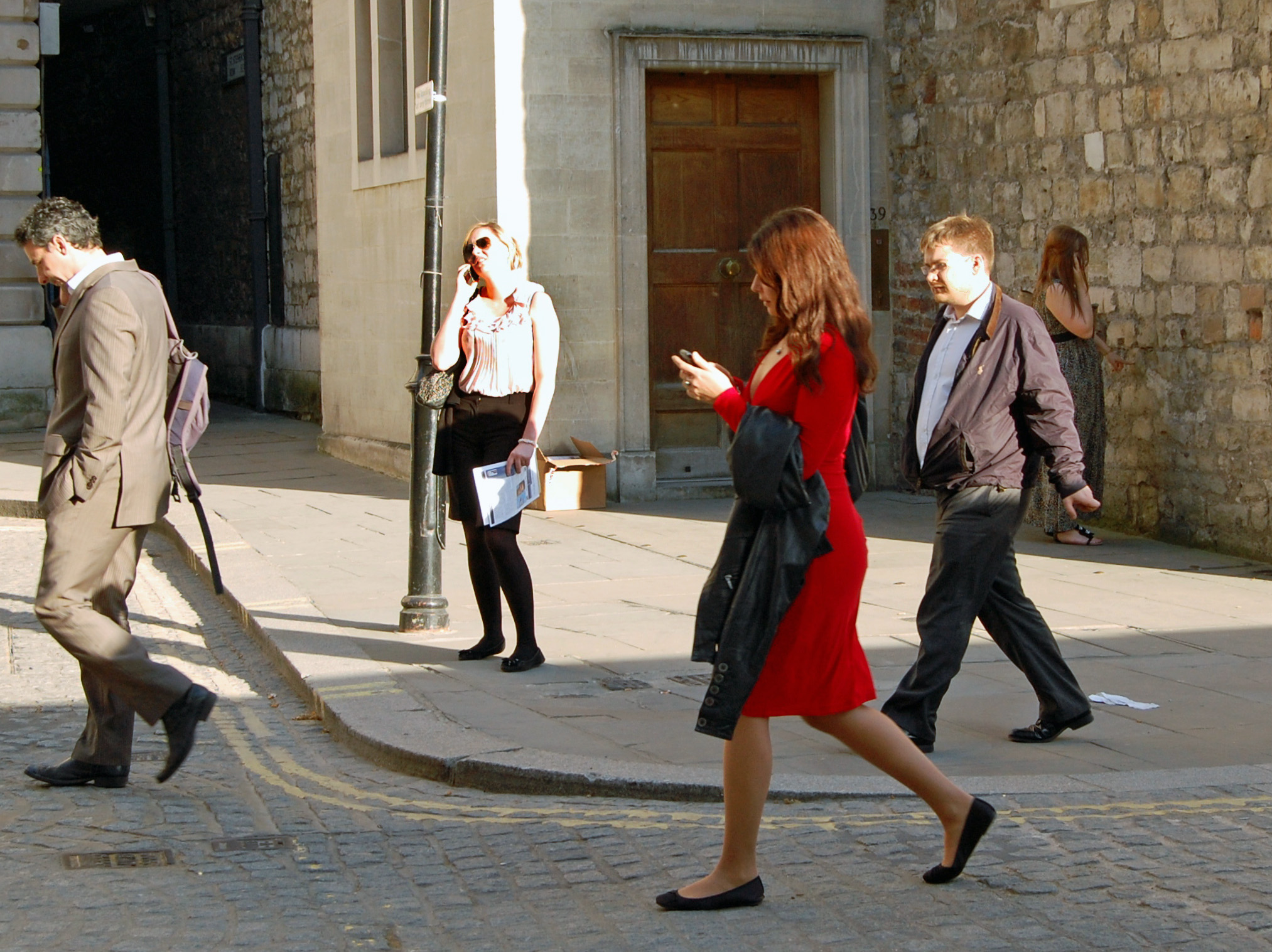 “Now, dear, what do we do before crossing the streets?”

“We close Facebook, look both ways, and safely walk across.”

If that isn’t quite the same as the warning you remember your mother giving every morning before you walked to school, then it might be time to update your safety guidelines and put away your phone before crossing the street.

City councils across Europe and the United States are beginning to slap pedestrians and bicyclists with a fine to help you remember.

On Tuesday in Honolulu, a new law took effect that allows police to fine pedestrians up to $35 for viewing their electronic devices while crossing streets.  Honolulu is the first major US city to enact such a ban, but new legislation tackling the dangers of distracted walking has been introduced in a number of cities and towns worldwide ­– from no-selfie zones in Mumbai to LED traffic lights installed at eye-level near Amsterdam that shine a warning into the faces of those glued to their cell phones.

Far from every one is on board with such legislation, however.  As County Supervisor David Canepa – who has introduced a similar resolution in his community of San Mateo, California– explained to the New York Times, some critics are concerned that particular initiatives might infringe on personal freedoms.  Others, like Janette Sadik-Khan, a former commissioner of the New York City Department of Transportation and now transportation principal at Bloomberg Associates, say such measures are misguided.

Ms. Sadik-Khan told the New York Times that blaming pedestrians is “an easy way out,” while strategies that work to reduce vehicle speed and standards that alter vehicle design ­– softer bumpers, for example ­– are what is actually needed.

Many skeptics also point to lack of data connecting cell phone use to pedestrian accidents.  Speaking to the New York Times, Dr. Etienne Krug, director of the Department for Management of Noncommunicable Diseases, Disability, Violence and Injury Prevention at the World Health Organization, concedes that studies only “hint” at a correlation.

Nevertheless, something is behind a recent spike in pedestrian-related traffic deaths over the six years in the United States.

According to the Spotlight on Highway Safety study published by the Governors Highway Safety Association, “The number of pedestrian fatalities in the United States (U.S.) increased 25 percent from 2010 to 2015, while at the same time, total traffic deaths increased by about six (6) percent.”  Furthermore, preliminary data indicates that pedestrian-related traffic deaths rose by 11% in 2016, potentially making it the deadliest year for walkers and bicyclists in two decades.

And if people find the idea of Big Brother restricting our cell phone use unsettling, Deborah A. P. Hersman, president and chief executive of the National Safety Council, points out that the public initially felt the same about smoking and seatbelt legislation.