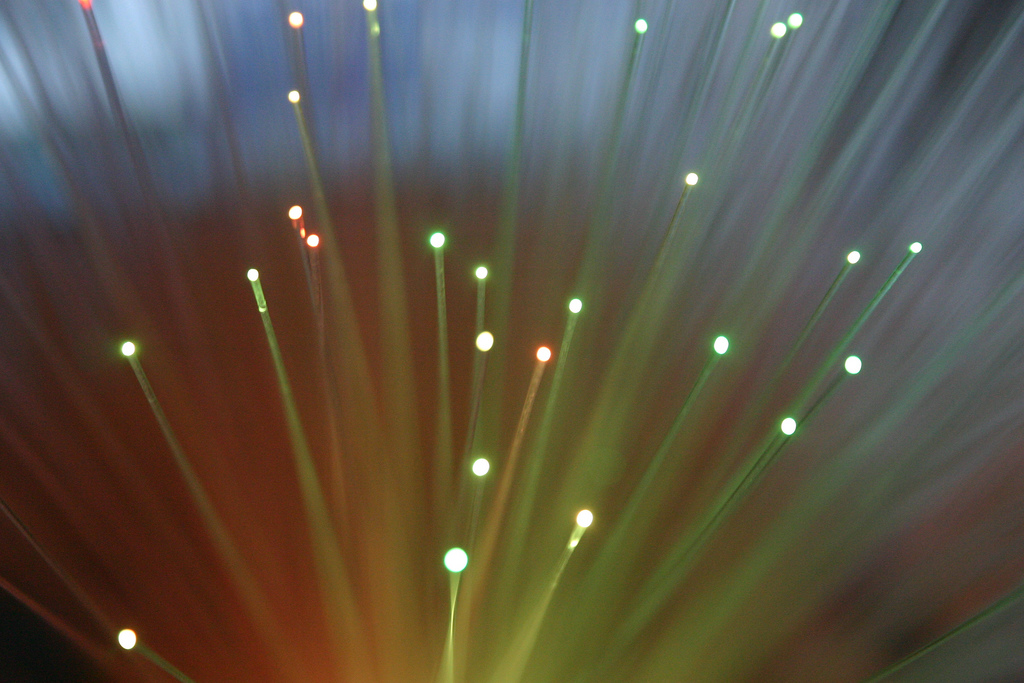 Optical fibres permit the transmission of data over longer distances and at higher speeds
1.88Kviews

Irish mobile network operator Three has today announced a €38 million investment contract with BT, which will see BT’s fibre network expand to over 200 new mobile sites and to a further 1,000 existing sites currently serving Three customers. This new fibre network will vastly increase bandwidth nationwide and will facilitate network speeds of up to 100Mb.

The fibre network will roll-out over the next 18 months and will include sites in Dublin, Cork, Limerick, Galway, and several other counties.

BT have been working with Three for the past seven years and only last year have developed a “Total Transmission Solution” that will allow Three to increase network speed and capacity, and future-proof its services to support Long Term Evolution (LTE) or 4G networks.

Robert Finnegan, CEO of Three, said of the announcement,

“Today’s announcement of a further €38 million investment into our network strengthens Three’s position as the Irish consumer champion and market-leader as we commit to enhancing our network with the technology to deliver up to 100mb per second nationwide.”

“We have worked with Three for the past 7 years, and are delighted to deliver innovative solutions that add value to their business and growth strategy. Key features of this new solution such as ethernet network bandwidth with scalability and flexibility will enable Three to stay competitive by providing a market leading network for their customers.”

Three hope that their investment will position the company favourably during the “current mobile data explosion in Ireland” and help them deliver the high-speed mobile network demanded by “data-savvy Irish consumers”.