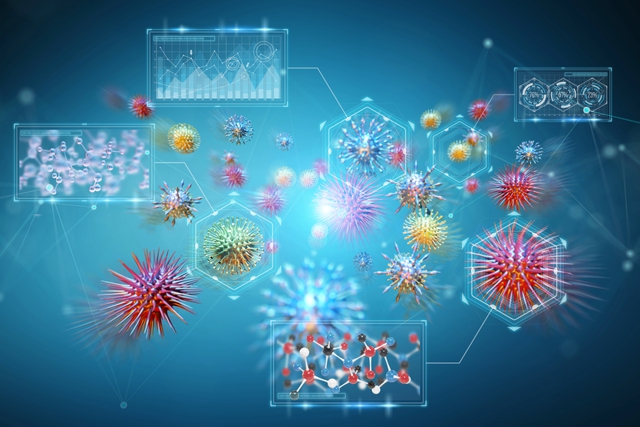 World travelers will rejoice at the idea of a seemingly magical device that would guarantee they never suffer from the all-too-familiar stomach issues that come from traveling internationally while reducing jet lag at the same time.

But it’s not just privileged globetrotters that would benefit from a device that eliminates the bacteria associated with the so-called Montezuma’s Revenge.

In 2016, more than 230,000 children around the world died from some of the same types of bacteria as those that cause traveler’s diarrhea, and the bacteria mainly come from unsafe “drinking water, poor sanitation and malnutrition,” according to Oxford University’s Our World In Data portal.

Now, the Defense Advanced Research Projects Agency (DARPA) is conducting research into biotech that would eliminate the bacteria “in vivo” as well as reduce the duration of jet lag by half.

On Monday, DARPA announced it was researching an “implantable or ingestible bioelectronic carrier” that would eliminate the five major bacteria associated with traveler’s diarrhea.

Being in the business of defense research; however, DARPA is developing this technology specifically for military use through its ADvanced Acclimation and Protection Tool for Environmental Readiness (ADAPTER) program.

By using a “bioelectronic carrier” that can either be swallowed or implanted in the body, DARPA is not looking to traditional pharmaceuticals for this program.

“The goal of the ADAPTER program is to produce the therapies within the body itself,” said program manager Paul Sheehan, Ph.D, in a DARPA statement.

“It will also provide safe food and water by eliminating in vivo the top five bacterial sources of traveler’s diarrhea,” he added.

eMedicineHealth lists the most common bacteria that cause traveler’s diarrhea as being various species of E. coli, Shigella, Salmonella, Campylobacter jejuni, and Vibrio.

Many of these bacteria are the same ones responsible for child deaths worldwide, according to Oxford’s Our World In Data graph seen in the image below.

Through advances in medical devices and synthetic biology, the ADAPTER program also aims to create a “non-genetic” integrated system that will “be designed to entrain the sleep cycle – either to a new time zone or back to a normal sleep pattern after night missions.”

“ADAPTER will manage a warfighter’s circadian rhythm, halving the time to reestablish normal sleep after a disruption such as jet lag or shift lag”

Can you imagine what it would mean to travelers if they didn’t have to worry about jet lag? What type of impact could this circadian-rhythm-managing technology have outside of travel like in sports, business, and other domains?

“ADAPTER will manage a warfighter’s circadian rhythm, halving the time to reestablish normal sleep after a disruption such as jet lag or shift lag,” added Dr. Sheehan.

If the ADAPTER program is successful, it could do wonders for the health and well-being of millions around the world — that is, if it ever makes past military testing.

DARPA has funded research into many modern technologies such as the foundation for the Internet (ARPANET), GPS, and voice assistants like Alexa, Cortana, or Siri — all of which were made commercially available after first being developed for defense purposes.

‘Bioeconomy Will Feed, Fuel, and Heal the World’

With the ADAPTER program, DARPA is tapping into the emerging bioeconomy, which holds great promise for combating diseases, providing new sources of nutrition, and revitalizing agricultural industries in places like the Midwest.

The bioeconomy is driven by innovation in biotechnology that can program cells like they were computers in order to engineer a wide range of products that touch all of our lives such as food, clothing, and vaccines.

“A future where biological threats – from emerging diseases to biological weapons – might be rendered obsolete because we can prevent, rapidly detect, diffuse, and deter them”

However, biotechnology, like any technology, is a double-edged sword, and it can also “be misused to create virulent pathogens that can target our food supply (crops and animals), or even the human population,” according to the National Academies of Science, Engineering and Medicine “Safeguarding the Bioeconomy” report.

During a Senate hearing in early March, Dr. Megan Palmer, Senior Research Scholar at the Center for International Security and Cooperation at Stanford University, testified that the bioeconomy also presented biological threats, but that those threats could be made obsolete using the same biotechnology.

Palmer spoke of “a future where diverse products made with biotechnology help us to feed, fuel, and heal this nation, and the world, in ways that are safer, more sustainable and more secure.”

She imagined “a future where biological threats – from emerging diseases to biological weapons – might be rendered obsolete because we can prevent, rapidly detect, diffuse, and deter them.”

But first and foremost, “We must avoid a future where misinterpretation of our activities leads other nations to reconsider biotechnology’s use as a weapon. This is a future none of us want,” she warned.