Reporting Live From Your Intestines! 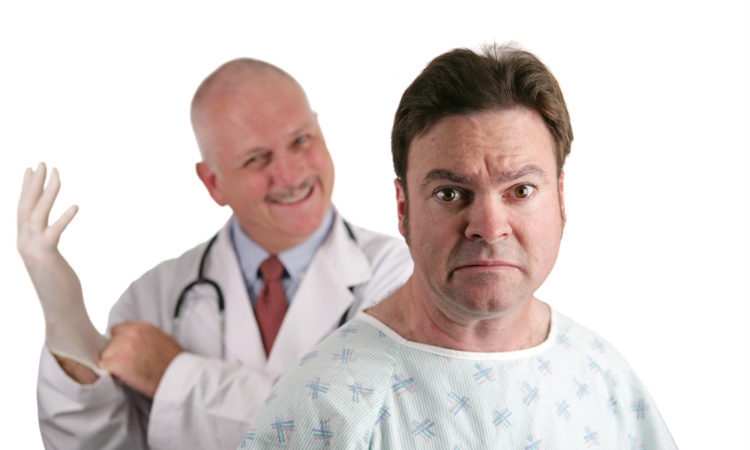 Live from your intestines, doctors will soon be able to control a pill cam as if they were playing Xbox, the startup’s founder tells The Sociable.

Capsule endoscopy is all set to replace endoscopies and colonoscopies, but Endiatx, a Bay Area medical startup, is giving the pill camera the power of propulsion.

With a real-time video link, the capsule reports to your doctor, live from your intestines, as the doctor navigates through your GI (gastro-intestinal) tract.

“Doctors can control the capsule just like with an Xbox controller, as it drives through your body”

“We’re trying to give the doctor the experience of using an endoscope or a colonoscope, where they have control, they can go forward, backwards, increase brightness or zoom in and take a high-resolution picture on top of the video feed,” says Torrey Smith, the Founder and CEO of Endiatx, in a chat with The Sociable.

Anyone expected to take a colonoscopy can tell you that they are not too excited about it. It’s no wonder that capsule endoscopy is becoming popular. The technology was originally developed by Given Imaging in 1998, receiving FDA approval in 2001.

Traditional pill cameras now have around 20 years of experience. You swallow the capsule, and it takes a series of pictures as it goes through your body. Later, the imagery can be collected by a doctor and analyzed.

However, if the pill camera has been in existence for so long, why has it never been fully adopted by the gastroenterologists of the world? Smith says the reason is the lack of interventional power in the capsule.

The pill cam is completely passive, so that you have to rely on the data collection and hope that you get the imagery that you want. Endiatx is enhancing the pill by giving it a propulsion system and creating a real-time video link, so that the imagery is available to the doctor in real time.

“Our goal with Endiatx is to fulfill the vision that I think was touched on when pill cameras were first invented. Doctors can control the capsule just like with an Xbox controller, as it drives through your body,” he says.

“We’re trying to give the doctor the experience of using an endoscope or a colonoscope, where they have control”

Laparoscopic surgery came along in the in the 1960s and 70s as a huge revolution in surgery, earlier surgeons had to make enormous cuts in a patient for invasive surgery. With laproscopy, all that was required was a hole to slide a long skinny catheter in to do a job.

“We are delivering the tip of the catheter – minus the rest of the catheter. Just have this tiny robot capable of moving where it needs to go before doing that surgical intervention,” says the former aerospace engineer, who, as a child, was influenced by movies like “A Fantastic Voyage” and “Inner Space,” where people shrink enough to enter the human body, suggesting the concept of what a robot could do inside the human body to diagnose and treat illness.

How Far Will the Pill Cam Go?

Smith sees huge potential unlocked from the basic concept of this pill cam robot that you can control and actively navigate through the GI tract. Once the technology is solid, they fully intend to take it to other parts of the body.

“Going ahead, we fully intend to go to the next level and put surgical tools that can pop out and for example, surgically remove a polyp that’s growing inside the intestine, take a tissue sample, cauterize a bleed, and possibly even scope the bile duct for early-stage pancreatic cancer,” he says.

Endiatx envisions a future in which their pill surgeons are doing brain surgery on a patient, while the patient lies in bed watching a TV show instead of going through a critical brain surgery.

“We think there could literally just be a tiny robot in the brain, slowly methodically snipping away at a tumor in a much safer and lower trauma method. I want to see Endiatx robots smaller than a grain of rice there inside your brain doing brain surgery,” he explains.

What Could Go Terribly Wrong

Smith says that the team at Endiatx is aware that what they are doing cannot be purely safe and there are many challenges. For example, it’s always possible that a capsule gets stuck in the GI tract in the small intestine amidst the many folded up lumina.

In such a case, if the capsule isn’t removed, it will slowly wear a hole in the wall of the intestine that can lead to septic shock and death. This means, several days with a capsule stuck inside, is a real problem. However, the propulsion system designed by Endiatx is a form of safety system because of the active mobility of the capsule.

“We think there could literally just be a tiny robot in the brain, slowly methodically snipping away at a tumor in a much safer and lower trauma method”

Another hazard they are aware of is that the batteries that drive these electronic capsules have a significant amount of stored energy, and anyone who has ever seen a video of a cell phone exploding can imagine the risk of ingesting one. Yikes!

“Batteries are no joke. It’s a potentially fatal hazard that’s absolutely unacceptable. That’s why we are looking at battery chemistries that are currently used in other medical devices. It’s very important to have that precedent set.”

He assures that their R&D team is working nonstop on issues like these and are making efforts at every step of the way to recognize and give respect to the severity of these problems.

“I can tell you that we’re very hopeful, and so far things look very exciting. We think we’re going to be able to do this and we think we’ll do it safely,” he says.

Smith expects to start the clinical trial around June of 2020, and then around 18 months later, entering their first kit into the market.

“Our goal is to move from the $800 million global smart-pills market into the GI-device market, which is a $40 billion market, which includes endoscopes,” he says.

Inspired by science fiction, the Endiatx’s pill camera might not just navigate our GI tract, but go on a fantastic voyage where no robot has ever been before.