Actipulse Neuroscience is changing how and where mental illness is treated

Over 210 mental health clinics are currently using Actipulse proprietary neuromodulation technology and more than 10,000 patients with depression and anxiety have been treated with Actipulse devices in a hospital setting. 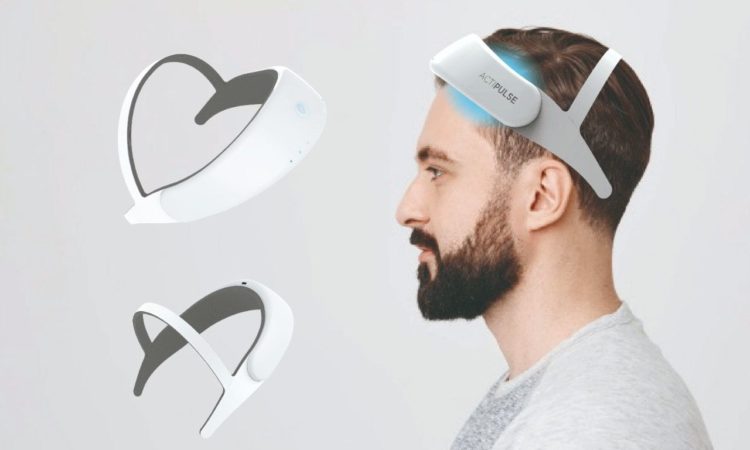 As suicide rates continue to rise across the United States and increasing numbers of people are diagnosed with a mental health disorder, neuro technology company Actipulse Neuroscience aims to bring treatment to the comfort of patients’ homes and help them avoid expensive hospital stays. Their goal is to “provide a medical treatment that is affordable by the many, and not just the few.”

The Sociable recently interviewed Adrien Châtillon, co-founder and CEO of Actipulse Neuroscience, a pioneer medical technology company specializing in the research and engineering of non-invasive brain stimulation technologies for the treatment of Major Depressive Disorder and dementia.

Adrien Châtillon is a world traveler and self-starter and had previously co-founded two startups in his native France before founding Actipulse, which specializes in non-invasive brain stimulation therapeutics for the treatment of neurological and psychiatric disorders.

Over 210 mental health clinics are currently using Actipulse proprietary neuromodulation technology and more than 10,000 patients with depression and anxiety have been treated with Actipulse devices in a hospital setting, according to the company.

What is non-invasive brain stimulation?

The latest neuro technological device from Actipulse reflects the urgent need to respond to the ongoing mental health crisis in America.

Even before the 2020 COVID-19 pandemic wreaked havoc on mental health, there was a crisis in the U.S. with both adult and youth mental illness diagnoses steadily increasing.

However, from August 2020 to February 2021, the percentage of adults with recent symptoms of an anxiety or depressive disorder jumped from 36.4% to 41.5%, according to the U.S. Centers for Disease Control and Prevention.

The effectiveness of non-invasive brain stimulation in treating neurological and psychiatric disorders is proven. According to Adrien Châtillon, Actipulse’s neuromodulation technology is based on the same principles of transcranial magnetic stimulation (TMS), which was first approved by the U.S. Food and Drug administration (FDA) in 2008 for the treatment of major depressive disorder.

Studies have also confirmed a reduction of anxiety symptoms, an improvement in sleep quality and memory span baseline, and changes in levels of depression and anxiety. Actipulse’s clinical results have been demonstrated through multiple peer-reviewed publications.

As is often the case with scientific breakthroughs, there are many misconceptions about neuromodulation. Adrien Châtillon addresses the confusion around FDA-approved transcranial magnetic stimulation (TMS) therapy.

The term is occasionally confused for a magnet treatment (it isn’t) because TMS includes the word “magnetic.” Additionally, neuromodulation is often mixed up with electroconvulsive therapy (ECT).

ECT therapy stimulates the entire brain using current from electricity, while TMS uses magnetic impulses to strengthen the brain’s ability to regulate mood. TMS is a non-invasive therapy while ECT is not. TMS therapy is ideal for outpatient therapy because “a patient can walk home a minute after the therapy,” Châtillon points out.

“We know that the future is to treat more patients from home. We want to bring treatment to the comfort of their houses, and avoid expensive hospital stays,” Adrien Châtillon explains. The groundbreaking tool is indeed intended for eventual in-home use, which would not only be revolutionary in the treatment of mental illness, but also make treatment accessible.

The Boston-based company is currently looking to raise $1.2 million to finance an FDA pivotal trial of a proprietary neuromodulation medical device.

Châtillon describes the Actipulse approach as “democratizing access to mental and brain health.” The ultimate goal of the current Actipulse fundraising campaign is to make the device more affordable to patients. He points out the funding injection will allow Actipulse to finance their clinical pipeline and ultimately bring neuromodulation treatment from the hospital to the home, as there are not enough hospital places to treat the 17 million Americans suffering from MDD.

Châtillon found that the pandemic was advantageous for mental health awareness and research. Prolonged isolation and distancing, as well as their psychological effects, not only shed light on the need for continued research, but opened up options for home-based technology. Additionally, the virus itself has confirmed neurological effects, further adding to the need for more solutions and approaches.

One in three people who have contracted the virus also experienced a neurological or psychiatric disorder. “This new mental and brain health pandemic must be addressed by governments and private companies like Actipulse,” Châtillon adds.

Adrien Châtillon is eager to tackle mental health challenges, while also eliminating the virus of widespread stigma regarding mental health.

“We want to encourage everyone to talk about it, to stop being afraid to speak up, and to seek help. We want to save lives,” Châtillon says. “Mental health is as important as physical health, it’s time to end the stigmas surrounding this problem. The future of mental health is now, we can’t let it slip through our fingers.”