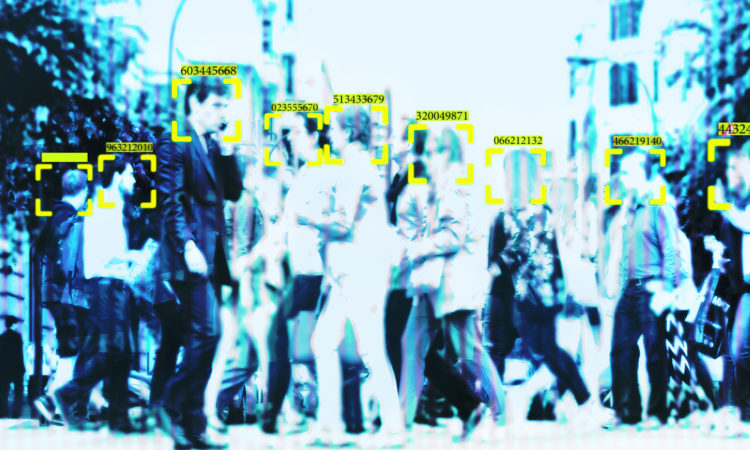 Big tech companies are collecting enormous amounts of data on the movement of private citizens while censoring free speech and removing any content that goes against official narratives.

While many big tech companies are doing incredible work in mobilizing to help governments, hospitals, small businesses, and schools during the crisis, they are also doubling-down on practices that would make any police state proud.

“If there was ever a time we need humane technology, this is that time,” the Center For Humane Technology tweeted this week, adding, “The tech industry exerts enormous power and can move society in this direction of putting humanity’s interest first.”

Massive data collection on the mobility of private citizens, censoring anti-quarantine protests, firing workers who criticize them, and removing any COVID-19 related content that doesn’t fall in line with the World Health Organization’s (WHO) official recommendations are all policies that are in full effect on the part of big tech.

If there was ever a time we need humane technology, this is that time. The tech industry exerts enormous power and can move society in this direction of putting humanity’s interest first.

The rights to privacy and free speech are being suppressed in the name of public health and safety, but these big tech surveillance and data collection programs, along with increased censorship, have the potential to linger long after the current pandemic is over.

Once civil liberties are suspended for the so-called public good, there’s no telling when those rights will be restored, if ever, and the hideous and submissive phrase, “the new normal,” is already making its rounds.

Here’s how some big tech company practices during the COVID-19 pandemic are antithetical to the principles of a free society.

Last week US President Trump announced he was “placing a hold on all funding to the WHO while its [alleged] ‘mismanagement’ of the coronavirus pandemic is investigated.”

According to the White House statement:

Despite these criticisms and more, YouTube CEO Susan Wojcicki told CNN on Sunday that YouTube would remove any content that goes against official recommendations from the WHO.

Preliminary investigations conducted by the Chinese authorities have found no clear evidence of human-to-human transmission of the novel #coronavirus (2019-nCoV) identified in #Wuhan, #China??. pic.twitter.com/Fnl5P877VG

As COVID-19 was spreading across the globe, the WHO told the public that the coronavirus did not pose a Public Health Emergency of International Concern, opposed travel bans, and praised the “transparency” of the Chinese Communist Party.

It’s easy to criticize in hindsight, but even if the the WHO acted with the best intentions and made decisions based on the best information available at the time, some of those decisions turned out to be the complete opposite of what should have happened for the sake of public health, yet their recommendations are the only ones trusted by the Google-owned video sharing platform.

YouTube has taken sides with the fallible WHO and will remove any content that goes against its recommendations, despite how many of those recommendations have recently been overturned.

Social media platforms like Facebook and Twitter are constantly updating their policies on combating so-called misinformation and banning accounts that they construe as spreading fake news.

Take Twitter for example. In early February Twitter banned Zero Hedge from its platform after the publication alleged that COVID-19 may have originated in a Wuhan bio lab and not a wet market as early reports coming out of China indicated.

Now, “The US government is investigating whether the Covid-19 virus came from a government laboratory in Wuhan, China,” Senator Tom Cotton wrote on Tuesday.

Meanwhile, one of Facebook’s fact checkers, Danielle Anderson, revealed that she had actually worked at the very same Wuhan bio lab at the center of controversy.

In her feedback concerning the NY Post opinion article titled “Don’t buy China’s story: The coronavirus may have leaked from a lab,” she praised the lab employees for being “incredibly competent.”

“I have worked in this exact laboratory at various times for the past two years,” she said, adding, “I can personally attest to the strict control and containment measures implemented while working there. The staff at WIV [Wuhan Institute of Virology] are incredibly competent, hardworking, and are excellent scientists with superb track records.”

Facebook slapped a “False Information” alert on top of the NY Post‘s opinion piece, saying that finding was “checked by independent fact-checkers.”

Having an opinion about the alleged Wuhan bio lab origins of the coronavirus was shot down by someone who had worked at the very same lab.

Conflict of interest and censorship go hand-in-hand, and neither is good for the health of a constitutional republic.

Tech giants Google, Facebook, and Apple have all implemented mobility maps that track people’s movements by monitoring their locations from their mobile phones.

Each company says the data it collects is anonymous and won’t be used to identify individuals, but even so-called anonymous data collection can be twisted and exploited to serve special interests, especially if the government steps in.

“When it comes to surveillance you have to think about what you’re actually collecting and from whom,” said Colonel Sarah Albrycht, Senior Military Fellow at CNAS, in a recent webinar.

The US government’s undertaking of broad data collection in its response to #COVID19 may pose serious privacy concerns, as @AaronsonSusan says that “once governments get that power, they’ve got the information, and they will not give it up that easily.” https://t.co/fImDnsJXPi

The lack of transparency in data collection is a major reason why privacy advocates are pushing for data privacy legislation now, especially in the wake of coronavirus.

After all, massive data surveillance, warrantless wiretapping, and the weaponization of intelligence agencies against private citizens were all conducted in the name of national security following the 9/11 attacks.

Big tech companies, health organizations, governments, and private citizens alike all make decisions based on the information available at the time.

Their decisions are only as good as the information they receive.

When it comes to the COVID-19 response, big tech wields enormous power and influence over society with all the data it collects and all the selective information it approves or removes.

However, absolute power corrupts absolutely, as they say.

As ex-Google ethicist and president of the Center for Humane Technology Tristan Harris testified in January, “Tech platforms arguably have more psychological influence over two billion people’s daily thoughts and actions when considering that millions of people spend hours per day within the social world that tech has created, checking hundreds of times a day.”

As both the guardian of data and gatekeeper of information, big tech can easily be tempted towards tyranny with its dominance over the flow of information through search, news, and social media.

A population cannot make informed decisions when all the information is controlled by a few companies in Silicon Valley or else it risks trading a republic for an un-elected technocracy.

What will become of the COVID-19 data once the pandemic is over and how long will big tech continue to censor those that go against its rules, even when they speak truth to power?

The future is being determined now.