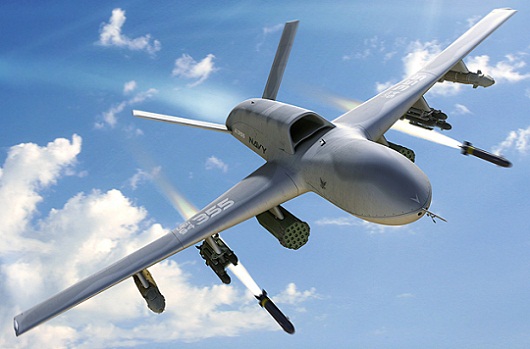 As drones are becoming more affordable, their applications have reached fever stage, from scaring away birds to weaponizing law enforcement, and that isn’t even the beginning.

We have drones for sport, communication, espionage, warfare, and what now may you ask is the latest application for this technology? Scarecrows.

Yes. American company Bird-X unveiled their latest development at the Golf Industry Show in San Diego last month as a solution to the avaricious avian problem prevalent on golf courses.

The ProHawk UAV is equipped with GPS and emits sonic frequencies as a type of humane bird repellent, or as Bird-X puts it, “Terrifying physical presence is heightened by sonic predator sounds.”

So, what other competing applications do drones have in store?

Not surprisingly, unmanned aerial vehicles (UAVs) are already considered by many to be intrusive, as they have the capability of spying on unsuspecting victims over long distances.

One father in Louisville, Kentucky was even arrested after he blasted a drone out of the sky with a shotgun because it was “spying on his sunbathing daughter.”

The next logical step, would be to patent anti-drones capable of either disabling a GPS or by physically shooting down unmanned aircraft, which in the case of the father in Kentucky, had legal implications.

Batelle is one such company that has indeed come up with a way of taking down drowns without firing a single shot using GPS disruption. They call it the DroneDefender, and while it is still in trial stages, it is only available to the US Government and its agencies.

However, one ingenious method already being employed by law enforcement in the Netherlands is the use of live eagles to snatch drones out of mid-air.

So, while there are birds to snatch drones, there are drones to scare away birds — who will win that Battle Royale of irony?

Apart from the above Catch-22, there is an even greater threat emerging from drone technology and that has to do with hacking.

What happens when drones are hijacked by outside parties? Drone technology, as we shall see, is quite vulnerable to attack.

IBM researcher Nils Rodday, “was able to assume control and block out communications” to hijack a police drone “by exploiting vulnerabilities in a drone’s telemetry system.”

Can you imagine a fleet of hacked drones descending upon your home? It’s already happening in conflict zones without the hacking, but what happens when there are out-of-control, weaponized drones pointed at you? Law enforcement is already looking to tap into armed drone technology.

Drone technology applications are on the rise with Twitter being granted an application for taking drone selfies or “dronies,” and the commercial use of 3D volumetric image processing in Africa, for example, but what will happen once law enforcement applies armed drones to its tactics?

Now, the police want in on drone technology and lawmakers have begun debating legislation in Connecticut to deal with how drones could be armed for law enforcement.

According to Farmington Police Chief Paul Melanson, whose grammar and scare tactics are reminiscent of post 9/11 Donald Rumsfeld, said, “We’ve had a report that somebody’s going to fly a drone into an airplane, into an engine, or it’s a weaponized drone.”

In other words, the police chief is basically saying – I don’t know where. I don’t know when. But something bad is going to happen if we don’t get our hands on this technology.

Don’t get me wrong. Drones can have incredible applications as delivery services, capturing exotic angles in locations that are otherwise inaccessible by humans, 3D imaging, and so on. But the escalation in warfare, espionage, and law enforcement carries with it a real sense of responsibility that, at present, is becoming a slippery slope in legislation and privacy protection as the technology to hack these UAVs is ever-present.

Giving up the last stronghold: the IoT, ransomware and your home