HomeTechnology“For many, simply being able to say “Yes or No” is life changing”: Cognixion, the startup changing communication – Interview
Technology

“For many, simply being able to say “Yes or No” is life changing”: Cognixion, the startup changing communication – Interview 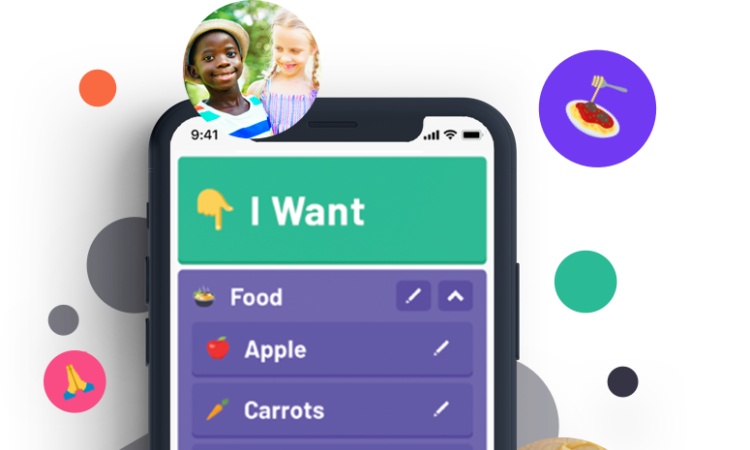 According to Andiamo, there are around 7,000 languages and dialects in the world. In fact, human’s ability to communicate is so advanced that we even create fake languages for entertainment, and as it stands there are over 200 fake languages, which have been created for various films such as the 12 invented for Lord of the Rings or Klingon for Star Trek. However, while we might be advanced with our ability to communicate, this ability does not come easily for some. Fortunately technology and innovate startups are working hard to make communication easier for everyone.

To get a better understanding of how one startup is making a difference in the world of communication, we spoke with Andreas Forsland, founder & CEO of Cognixion, a startup on a mission to democratize speech communication for everyone in the world.

For our readers, could you briefly explain what Speakprose is and how it works?

Speakprose is an assistive communication app. What that means is that people are able to assemble verbal phrases that are spoken out loud. Think of it like a keyboard that assembles words into sentences, versus a typical keyboard that assembles letters into words. These assembled phrases can be spoken out loud on the device (iPhone or iPad). The app makes it easier for people with various disabilities – some mild and social and others much more severe and debilitating – communicate with people around them, at home, school or anywhere in between. This helps individuals like Stephen Hawking who had ALS, or others in our communities that have conditions ranging from Autism to Cerebral Palsy, Strokes to traumatic injuries – that render speech difficult to impossible to produce or understand.

I understand that the app helps people with disabilities communicate their needs and desires to the world in an easy yet effective manner. Can you give an example of a user that has really benefited from this technology?

We don’t talk about specific users, but I can tell you that Speakprose is being used by thousands of people in over 70 countries. This includes many people who have downloaded and used the app themselves personally, as well as professionals at clinics, schools and school districts. Some schools with large special education populations like the New York City Department of Education and Los Angeles County Office of Education have hundreds of professional evaluators and users, plus many smaller schools and public/private organizations in rural or urban locations also benefit because of the affordability and easy access of Speakprose.

Following on from that, do you see other groups or industries where this technology could be very advantageous?

There are hundreds of millions of people with communication disabilities, roughly 15% of the world’s population. This is a huge part of society so we are focused on liberating social engagement, human connection and unlocking relative potential for this large and fast-growing group. Further, every individual with communication challenges is connected directly to dozens of people in their social network, so there is tremendous health, wellness and economic impact we can make by scaling up our impact for individuals and their networks. For example, stress reduction for caregivers, and increased independence for the individual enables family members to focus more on enrichment, development than basic communication. As well, many middle and low income families must sacrifice their household earning potential because usually one parent must stop working in order to provide full time home care. There is a dramatic life-changing impact we can make starting with the individual and their communication.

What was the main motivator to solve this problem initially?

If you’ve ever been hospitalized, or raised a child that cannot speak, you can understand the importance of that moment when you experience them breakthrough and express themselves for the first time in a way that you can understand immediately. There is an awakening that happens for the person, but also those around them – in a visceral celebration for human will, grit and the importance of self expression and being understood. For many, simply being able to say “Yes or No” is life changing. Everything beyond that is exponential.

There is some dogma around the use of picture systems that goes way back to the mid-1900’s, utilizing flashcard systems of stick figure drawings in various situations. For many, these picture systems themselves are very difficult to learn, and especially utilize for communication. Meanwhile, technology has moved on and society is adopting new forms of visual and digital communication. For example, Speakprose utilizes Emoji libraries instead of the traditional stick figure drawings. We have thousands of emoji – and the benefit is that this helps normalize their visual systems with the systems of typical people around them who use chat and instant messaging every day. Our strategy creates a common understanding of meaning associated with visual symbols that bridges the neurotypical and disabled divide. We are open to adding visual systems but in principle always plan to do them in a way that are relevant to society, and take advantage of the latest technology to make things simpler, faster and more connected – for the sake of supporting social engagement.

What is the main focus for Speakprose over the next 6 months?

Speakprose will continue to get smarter, in the areas of machine learning and AI to help users access what they’re looking for faster and in more natural ways. We have invested a lot into LAMP ready screen designs (Language Acquisition through Motor Planning) to make it easier to remember button positions to support faster user mastery. We are also working on some exciting advanced accessibility features that will make Speakprose accessible to many more people with severe physical limitations that cannot use their hands or arms, as well.