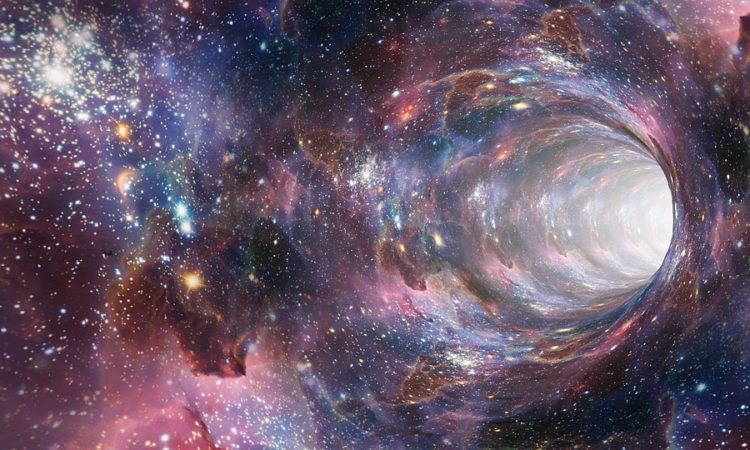 Requests made via the Freedom of Information Act (FOIA) reveal declassified documents showing that the Defense Intelligence Agency (DIA) used $22 million in funding from 2007-2012 to research stargates, wormholes, extra dimension manipulation, and a whole lot more.

“What better way to hide a UFO program than by embedding it in an aerospace program?”

Most of the research topics that DIA sent to Congress have been publicly available for almost a  decade, but what wasn’t publicly available until last Wednesday was a list that was transmitted to Congress of all DIA products produced under the Advanced Aerospace Threat and ldentification Program (AATIP) contract.

According to the declassified document from January 9, 2018 that was addressed to John McCain and Jack Reed, the purpose of AATIP was to investigate “foreign advanced weapon threats from the present out to the next 40 years,” [emphasis added].

On January 16 Nick Pope, a freelance journalist who “used to run the British Government’s UFO project,” tweeted the first photos of the declassified documents.

1/2. DIA’s Office of Corporate Communications just released to me the letter the DIA sent to Congressional Committees about the AATIP program. Is “foreign advanced aerospace weapon threats from the present out to the next 40 years” coded language for UFOs? #UFO #UFOs #AATIP pic.twitter.com/rI4Pd6u7pQ

“I received the document from DIA’s Office of Corporate Communications on the morning of January 16, having approached them months ago, in my capacity as a freelance journalist,” Pope told The Sociable.

“While this is another intriguing piece of the puzzle, it still doesn’t give us a definitive answer to the question of whether AATIP was a program looking at next-generation aerospace threats, or whether, as has been claimed, ‘foreign advanced aerospace weapon threats’ is coded language for UFOs,” said Pope in an email statement.

The list of products produced by the DIA contract includes 38 areas of research that was funded under the AATIP, many of which come from EarthTech International (6).

“The list reads like science fiction in places, with its references to invisibility cloaking, antigravity and warp drive”

“What better way to hide a UFO program than by embedding it in an aerospace program, looking at the ‘unknowns’ in parallel with the more conventional threats posed by the next generation of aircraft, missiles and drones?”said Pope in an email to The Sociable.

“While I’d seen a sanitized version of the letter’s attachment before, the list reads like science fiction in places, with its references to invisibility cloaking, antigravity and warp drive. Believers will claim this proves the government knows UFOs are extraterrestrial and that our scientists are trying to understand the technology behind them.

“Skeptics will doubtless complain that taxpayer dollars have been spent on studying concepts that sound like something from Harry Potter and Star Trek. Having run a UFO program in the UK government I do support this sort of exotic research.

“Some people might call it fringe science, but I regard it as low probability/high impact work, where the immense potential pay-offs more than justify the initial expense. Either way, I hope we’ll find out more about this Congressional interest, and while I appreciate some information is still classified, I hope the public can be told a little more about AATIP, in terms of its work and its conclusions,” added Pope.

Read More: AI and the Law of One: What is Intelligence Without Consciousness or Soul?

On January 17, Steven Aftergood, who directs the Federation of American Scientists (FAS) Project on Government Secrecy, published the same documents that he, too, obtained via a FOIA request, and the declassified documents can be found in .pdf form here.

“I saw Steven Aftergood published something about this on January 17 and it certainly seems that he (and others, I’m sure) obtained the documents at around the same time as me, having gone down the parallel route of making a FOIA request,” Pope told The Sociable.

“That said, I chose to immediately Tweet images of the document once DIA sent it to me, and I’m not aware of anyone publishing the DIA letter before I did, on January 16,” he added.