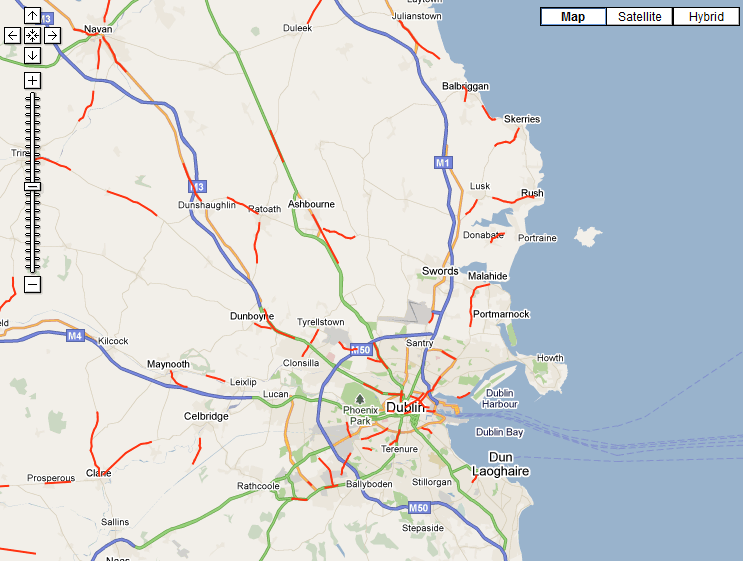 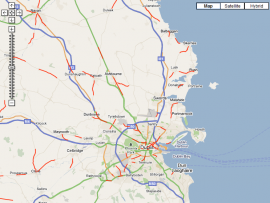 [Update 13/11/2010: The Garda’s website is down, reportedly due to the high amount of traffic to the Google Maps page.

The map can be view directly on Google Maps here]

The Gardai have released a Google Map and Google Earth addon showing the most dangerous roads for speeding accidents in Ireland.

Continuing their push into digital media the Gardaí’s Google Map shows stretches of roads across the country where frequent accidents have been caused by excessive speeding.

The Google Map and Earth addon show sections of roads highlighted in red where a high number of accidents have been caused by speeding.

In a release on the Gardaí’s website they say,

“We are working closely with a range of partner agencies, including Government Departments, the Road Safety Authority, the National Roads Authority, and the community, in order to develop a national culture of safe road use.

An extensive analysis of collisions on the road network where speed was a contributory factor has been completed.

The following sections of road, as set out on the map, were identified as having a significant proportion of collisions whereby, in the opinion of the investigating Garda, a safe speed was exceeded.

An Garda Síochána appeals to all road users, in particular motorists, to familiarise themselves with these sections of the road network.

We also appeal to motorists to always drive at an appropriate speed, to reduce the likelihood of being involved in a fatal or serious collision.”

The release of the data comes ahead of the police force’s annual push to reduce road traffic accidents during the Christmas period.

The Google Map can be viewed here.
A Google Earth addon, showing the same accident blackspots can be downloaded here, via the Gardaí’s website.