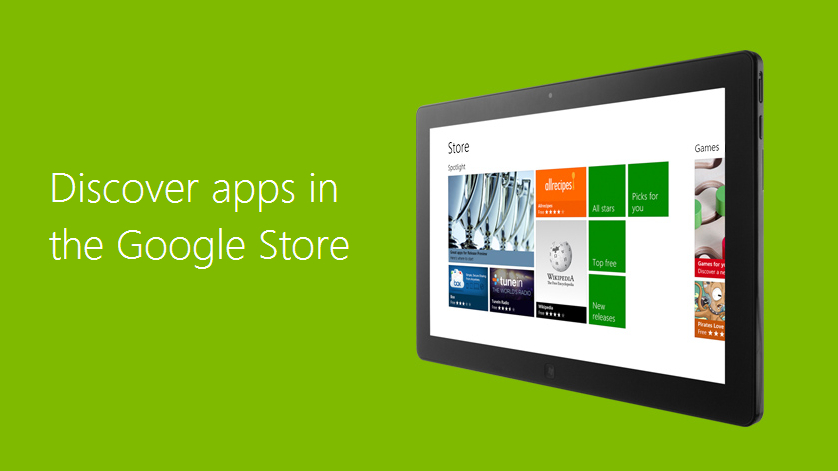 Soon after it launches in October Microsoft’s Windows 8 operating system might end up running more Android apps than Windows ones, or so AMD hopes.

Chip maker AMD has struck a deal with software maker Bluestack (which is an AMD-ventures backed company) that will allow Windows 8 devices to download and run the half a million apps available on Google’s Android OS via AMD’s APPZone.

It’s unclear how Microsoft feels about the development; reports are that the Windows 8 market will only come with 2,000 apps on launch, so access to Google’s Android Market will at least fill a gap.

If you’re running Windows 7 you can try out Bluestack’s application now.

On AMD’s part the company says its chips will be able to upscale the apps, most of which will have been built for smartphones, to works clearly on desktop sized screens (Most Android apps haven’t made the leap to tablet-sized device yet).  It says its system will allow users to synchronise apps between desktop and smartphone/tablet platforms.

Getting the software instilled during manufacturing will be key to ensuring the process is seamless for users but as desktop machines have a longer usage life than mobile devices will Bluestack’s technology be needed in the long term?

If you don’t have Saorview yet could Freeview+HD be the answer?