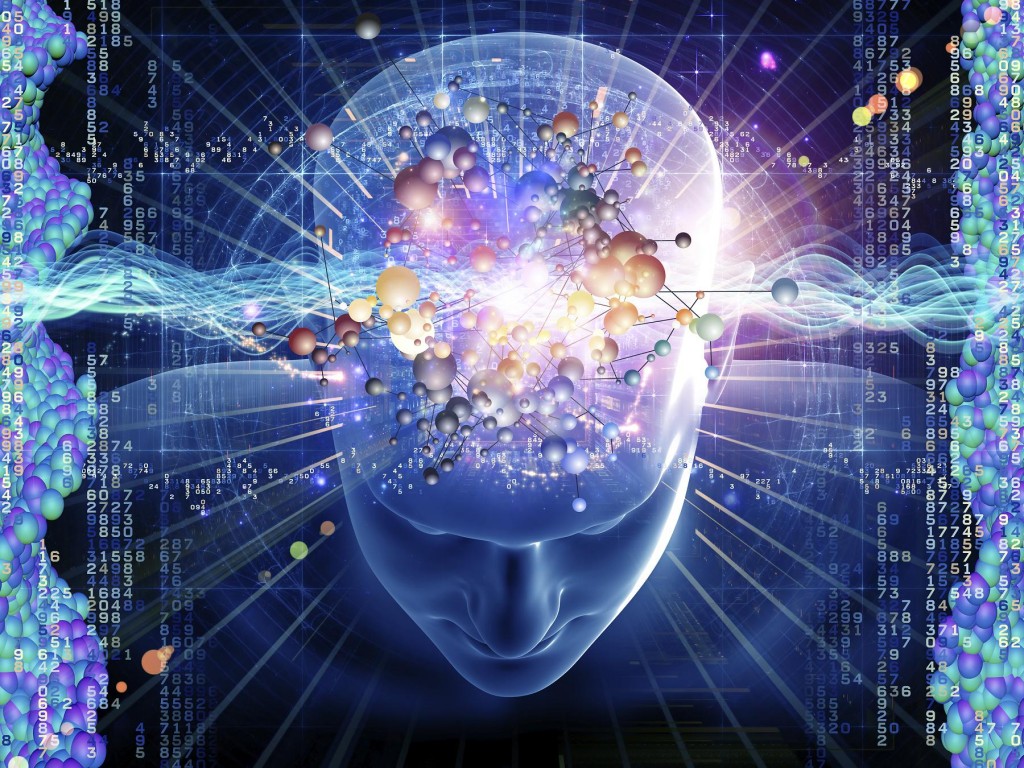 In the heaven of Indra there is said to be a network of pearls so arranged that if you look at one you see all the others reflected in it. In the same way, each object in the world is not merely itself but involves every other object, and in fact IS in every other object.

Just as machinery replaced back-breaking manual labor in the Industrial Revolution, and the Internet and digital technology has forwarded the information age, the next great breakthrough in technology may lay in utilizing the phenomenal potential of holograms.

Indeed, our technology is moving closer in the direction of holography, and we will find that our brains, and even, the universe, may function based on holographic principles.

Let us explore what holography actually is, how it is being applied in technology, and how its fundamental principles may be a model of ourselves and the universe that we call home.

The next step being developed by industry leaders in technology is to project that 3D image into space; to suspend it in midair.

This goes well beyond the 3D movies we see on the big screen. There would be no screen. Instead, you could walk around the image and instead of seeing the back of a screen or a monitor, you would see the image as it really looks from behind or any number of possible angles.

How does it work?

Think of the potential for data storage and sharing – the ability to store vast quantities of information in a fraction of the space. How may this tie into how our brains actually work? Let us continue.

Just as our society was fascinated by the idea of video calls in movies from the 60s, and how that seemed like something from the not-so-distant future; the late 70s and early 80s brought us the Star Wars franchise and its use of holograms for intergalactic communication. Holographic technology is now catching up with science fiction and being implemented to develop 3D video calls.

Imagine a conference room in which nobody is physically present, yet everyone is sitting around the same ‘table’ even though they are really continents apart.

Two companies that have partnered-up to tap into teleconferencing via holographic means, dubbed “Telepresence,” are Musion and Cisco.

According to Musion’s website, “Telepresence is our groundbreaking holographic conferencing technology […] Telepresence represents the future of communication, enabling you to connect more effectively and make an incredible impact on your audience. The technology reduces your carbon footprint, saving travel time and expense.”

We are only beginning to realize the potentials of holographic technology. Can you imagine how telepresence could completely revolutionize the education system worldwide? Global classrooms where children and adults could share knowledge together from all over the world?

Another beneficial application of holographic technology is being implemented in the medical field. Companies such as Paris-based 3D software specialists Dassault Systemes are utilizing holograms that incorporate a monitor to reconstruct 3D images of patients’ organs and body parts that are seemingly suspended into midair in order to simulate what is going on in their bodies.

In a recent interview with The Australian, Dassault Systemes’ chief strategy officer, Dr. Steve Levine, spoke about the company’s Living Heart Project. “We have a generic representation of the healthy heart that you can then use to introduce defects, a heart attack or a bent valve or something, see how your device works and test it. That’s commercially available to anyone,” said Dr. Levine.

Speaking further on the applications of holograms with the Living Heart Project, Dr. Levine added, “That’s where a lot of a sophisticated technology is used to understand the electromechanical behavior of heart muscle tissue, the fibre orientation, how the electrical conductivity works, and the complexity that drives the muscle mechanics, that is what we do.”

In the 1940s there was a debate among scientists of whether or not it was possible to pinpoint an area of the brain responsible for memory. The leading theory of the day was that memory was localized in a specific region of the brain.

In his book, The Holographic Universe, Michael Talbot relates the story of how the holographic brain theory was born.

When neuropsychologist Karl Lashley began dissecting rat brains in 1946, he found that although the rats’ motor skills were severely impaired after the procedure, they still ‘remembered’ how to navigate a maze they had been trained to run.

An Indiana University biologist, Paul Pietsch, took the theory one step further in trying to prove Lashley and his contemporary, Dr. Karl Pribram wrong. After Pribram published his first article on the possible holographic nature of the brain in 1966, Pietsch took the brains of live salamanders and sliced, diced, rearranged, and even burned sections with a curling iron, and none of these had any effect on memory whatsoever.

The scientific conclusion? Memory acts like a hologram in that all the information is dispersed in every tiny fractal of the brain.

The astonishing realization that the whole is encoded in every part of the brain was then taken even further as a means to describe our universe.

Holograms as a metaphorical representation of the universe

Without getting too deep into the Hologramatic Universe theory, physicist David Bohm, who worked closely with Albert Einstein at Princeton, published a series of papers in the 1970s about how the universe employed holographic principles in its operations.

According to Talbot’s book, The Holographic Universe, Bohm realized that the universe “was itself a kind of giant, flowing hologram,” and that “the tangible reality of our everyday lives is really a kind of illusion, like a holographic image.”

Bohm likened electrons as not existing in a stable state nor in a fixed location, but rather existing in a “cloud” of possibilities that are “enfolded throughout the whole of space.”

According to an abstract on the Bohm/Pribram Theory of Reality by M. Abrams, “The enfolded order harbours our reality, much as the DNA in the nucleus of the cell harbours potential life and directs the nature of its unfolding. Thus, all apparent substance and movement emerge from another more primary order of the universe and everything is enfolded in everything else” — similar in the way that holograms enfold.

The results of the famous double-slit experiment show that it is only when electrons are observed that they actually take a physical form or shape — much like a hologram.

“This means that physical objects and everything else we perceive in reality are composed of interference patterns, a fact that has undeniable holographic implications,” according to Talbot.

Remember that a hologram cannot be viewed by looking at the interference pattern alone. It requires some type of light source, such as a laser, in order to see the projected 3D image just as an electron cannot be located in space without observing it directly.

The future of holograms in technology

We have only scratched the surface of the potential of holograms not only for advances in technology across many disciplines, but also as a metaphor for how our brains process information and how the universe may be organized.

There are many possibilities that we haven’t discussed, and these include holographic acoustic levitation as well as the entertainment industry such as “reviving” dead performers (although not technically a hologram, but a rather elaborate stage illusion), holographic fashion shows, and the huge potential in gaming and virtual reality.

Holography may very well be the science that will lead us to unlocking our understanding ourselves, as well as a means of propelling our technology to unimaginable heights.