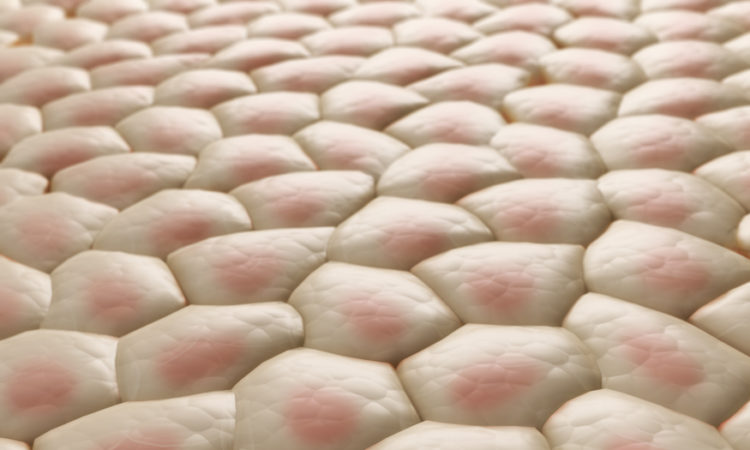 Under the Office of the Director of National Intelligence, IARPA announces the launch of the Proteos Program for human identification by analyzing people’s dead, shedded skin.

The folks over at the Intelligence Advanced Research Projects Activity (IARPA) love to play around with mythological motifs when naming their research projects. Programs like Amon-Hen, Janus, ICArUS, and Odin are all project names under IARPA that have mythological roots.

In Greek mythology Proteus is an elusive shapeshifter capable of assuming many forms. For IARPA, Proteos is the name of a newly-launched program researching how to identify elusive humans.

Just as Proteus can change his form into a snake — a creature that regularly sheds its skin — IARPA looks to shedded skin for human identification.

“Capabilities developed within the Proteos program can provide another tool for forensic researchers in cases were DNA is degraded or found in small quantities and increase the likelihood of assigning identification using proteins associated with touch samples,” said IARPA Program Manager Kristen Jordan in a statement.

DNA profiling is widely used for identification in forensic cases because DNA is unique to each individual. However, inherent challenges with DNA, especially those associated with touch samples can lead to inconclusive results. Proteos will seek to leverage variations in proteins that are called genetically variable peptides.

“We don’t want to preclude the recovery and analysis of DNA either so the program will also drive innovations in extraction and analysis for both protein and DNA from touch samples,” said Jordan.

The Proteos Program will focus on shed skin cells associated with trace forensic samples and will seek to exploit the relationship between polymorphisms in the skin proteome, or GVPs, and their underlying nonsynonymous single nucleotide polymorphisms (nsSNPs) to evaluate peptide mass fingerprinting as a reliable forensic analytic technique.

The goal of this program is to provide additional objective forensic tools for human identification and individualization, which can provide novel options for forensic use cases and sample types beyond what is currently possible with DNA alone.

IARPA has selected three performance teams led by the University of Washington, GE Global Research, and Signature Science. Lawrence Livermore National Laboratory, the National Institute for Standards and Technology, and the Johns Hopkins Applied Physics Laboratory are serving as the Test and Evaluation team.

The first phase of the program will run up to July 2019.

The goal of Phase 1 is the development of a panel of identity marker GVPs from in-house skin cell protein samples and their associated nsSNPs. From this data, performers will establish and validate individual signatures for identification and calculate respective individual RMPs. In addition, performers will evaluate performance of their extraction protocol for both proteins and DNA using Government-provided skin cell samples and subsequent GVP identification and STR analysis from nuclear DNA.

The goal of Phase 2 is the development of a custom identification profile for an individual based on rare GVPs. In addition, performers will evaluate the performance of the optimized extraction protocol for both proteins and DNA on Government-provided skin cell samples deposited on multiple surface types, with subsequent GVP identification and STR analysis from nuclear DNA.

Phase 3 of the Proteos Program will evaluate the ability to discern rare GVP profiles in operationally relevant scenarios and conditions. Performers will implement their optimized extraction and purification protocols for both protein and DNA developed in Phases 1 and 2. The goal is for maximum GVP observation and optimal DNA and protein recovery yielding a low false positive rate in Government-provided samples.