HomeTechnologyLife Without Technology: 24 hrs at a Rainbow Gathering in the Remote Mountains of Colombia
Technology 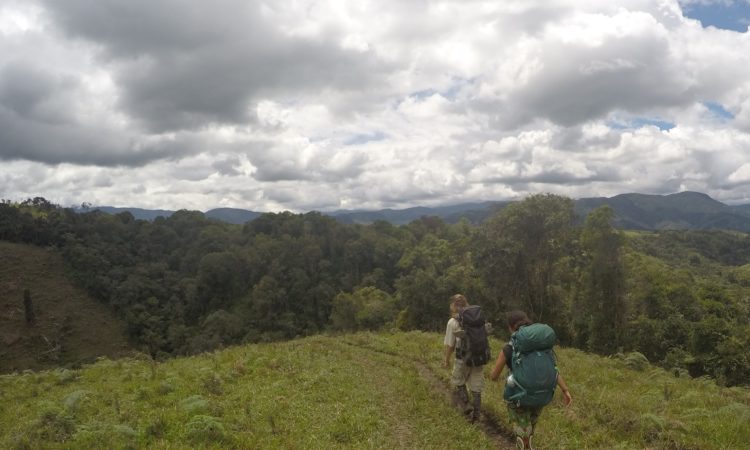 In our everyday lives, it can be hard to imagine what life would be like without technology. Our phone alarm waking us up in the morning, the coffee machine preparing a fresh brew ready to perk us up, or the morning news on our tablet or PC.

There appears to a prodigious list of gadgets and devices used to make our lives simpler and easier, which can be so easy to take for granted.

However, for some, the idea of modern technology can be considered an unnecessary luxury, distracting us from our origins and a true sensation of happiness. Considering headlines which flood our news feeds claiming that everything from social media to television is bad for our sense of happiness, it doesn’t sound insane that some would prefer to completely forgo almost all technology and live a simple life, living off what nature has provided.

For Rainbow Gatherers, this is often the preferred option, striving to feel closer to nature and mankind. Rainbow Gatherings are temporary events where people from all over the world gather to come together in unity and embrace nature. Across the world, there are a number of permanent sites called Crystal Lands, with sites in Peru, Colombia, and Costa Rica to name a few.

To get a better understanding of what life is like in this society I traveled to San Agustin in Southwest Colombia to visit a Crystal Land which has been running for almost 10 years. I arrived in the small Colombian town armed with very little knowledge, as communication with the society was difficult. I had spoken with one of the society’s key members over messenger; however, his access to the internet was sporadic as he was only connected during brief visits to the town.

Fortunately, I met a young pair, Felipe and Esma, traveling to the site later that day. We hoped to catch the community bus which visited town once a week to pick up supplies. Unfortunately, we were unable to find the bus, but through the help of three locals on motorbikes, we began our journey into the mountains. After half an hour speeding along dirt roads, we eventually reached a small dirt path in the hills. This path would lead us to the society deep in the Colombian countryside but first came a long trek through woods, over streams, and across slippery, muddy hills.

I arrived at the camp and was met with hugs and a warm embrace from their welcome camp. The site was deep in the woods and was made up of numerous tents and huts constructed from wood. There was a central fire camp where everyone would often sit together, chat and eat. Not too far away was a kitchen hut with its own fire for cooking. The majority of the camp was based at the foot of a small hill, with more permanent structures built at the top of the hill.

As I ascended the steep hill with my guide Felipe, we passed the lush, fertile garden where the society grew their own food on the hill face. On the top of the hill sat three homes, one constructed near the garden, another not too far away which had been built on the land many years ago, and a newly constructed house made from bamboo propped up on a steep side of the hill. After the tour, I returned to center camp to help prepare food and talk with the camp’s residents who consisted of a collective mix of expats from all over the world.

Before we started dinner preparation, we sat around the unlit fire pit as the sun was setting eating a small snack of oats and fruit. A unique aspect which stood out for me was the communication between the group. Numerous languages were being spoken, however, regardless of abilities, the camp was alight with joyous exchanges and chatter. It was incredible to witness this kind of engagement without any distraction from cell phones or any type of electrical equipment, given the complete lack of electricity on the site. It was refreshing to see one another joking and laughing so freely.

We began cooking and every member of the community was busy working away with one task or another, whether it was chopping food, preparing the fire or playing music. The forest was alive with energy. Others would make trips down to the stream to collect water as the water system wasn’t functioning at that time. In my normal city life, when cooking, music would be playing from a speaker or the TV would be on in the background, as I’m sure is the case for many city dwellers.

However, as I stood there chopping carrots, a chorus of drums played, amplifying the enchanting sensation of the Colombian nature. What would normally be considered an everyday chore of cooking dinner was turned into a united and enjoyable experience to the sound of jungle drums.

After dinner, the traditional experience of sitting together and chatting reignited, with everyone engaging in conversation. Here within this community existed a unity, a tribal mentality that is so deeply entrenched in human nature and I could see how naturally everyone took to it. The next day as I prepared to hitchhike back to San Agustin, I bid the group farewell as they sat around the centerfire, discussing plans and tasks which needed to be completed. I was met with a unanimous wave with some thanking me for my visit.

As I began climbing the hill to make the trek back to the main dirt road I couldn’t help but remember a VICE article I previously read. The article stated that loneliness was a greater concern among 18 to 34-year-olds than over-55s. This seems baffling and clearly something has gone awry within our modern society.

Life at the camp wasn’t always easy. The simplest of tasks such as obtaining water required a five-minute walk to the nearest stream, opposed to the simple turning of a tap. However, there was a unique sense of unity within the group, and I struggled to see how anyone could feel alone when they are connected and dependent on some many individuals around them.

It is fair to assume for the people of the Crystal Land this sense of unity and connection to nature and those around them is far more important than the simplicity that modern technology provides. And for that reason, I can understand their drive. However, I think it would take a lot of adjustment before I could throw away my phone and live so freely in nature, given my love for modern technology. Perhaps in another life!