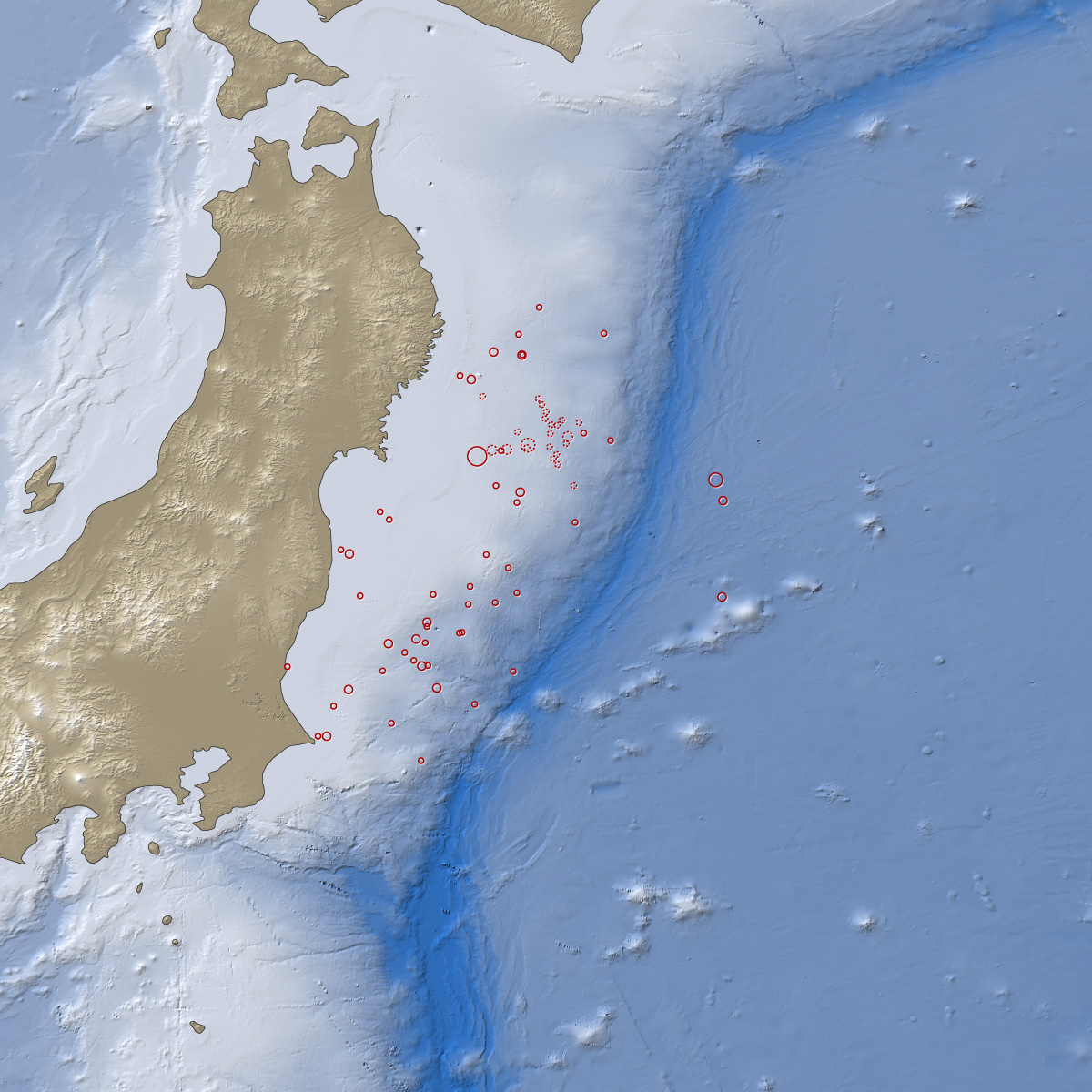 NASA’s Earth Observatory has issued a map documenting the number of earthquakes, foreshocks and aftershocks that have rocked Japan this week.

According to NASA the tsunami that resulted from the 8.9 magnitude quake occurred 24.4 kilometres (15.2 miles) below the seabed, 130 kilometres (80 miles) east of Sendai. The earthquake was preceded by a number of smaller foreshocks which began on March 9, including one that measured 7.2 on the Richter scale.

The British Geological Survey says that Japan will likely suffer further related earthquakes for a number of weeks. Over 1,000 people are feared dead or missing at this time.

Click here to view a larger version of this image. 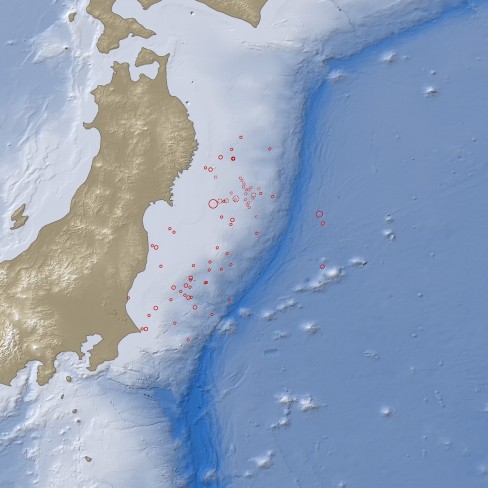 “This map shows the location of the March 11 earthquake, as well as the foreshocks (dotted lines) and aftershocks (solid lines). The size of each circle represents the magnitude of the associated quake or shock. The map also includes land elevation data from NASA’s Shuttle Radar Topography Mission and ocean bathymetry data from the British Oceanographic Data Center.”

The US Geological Survey has issued a “shakemap” showing the intensity of the quake and level of damage across Japan. The maps shows that the Japanese east coast suffered from very strong to severe damage during the earthquake, however it does not show the damage caused by the resulting tsunami.

The earthquake that hit Japan on Friday was 1,000 times stronger than the one that hit Christchurch in New Zealand last month, a point that the British Geological Survey demonstrated in this video as it compared the recent earthquakes in New Zealand and Haiti to Friday’s one in Japan.