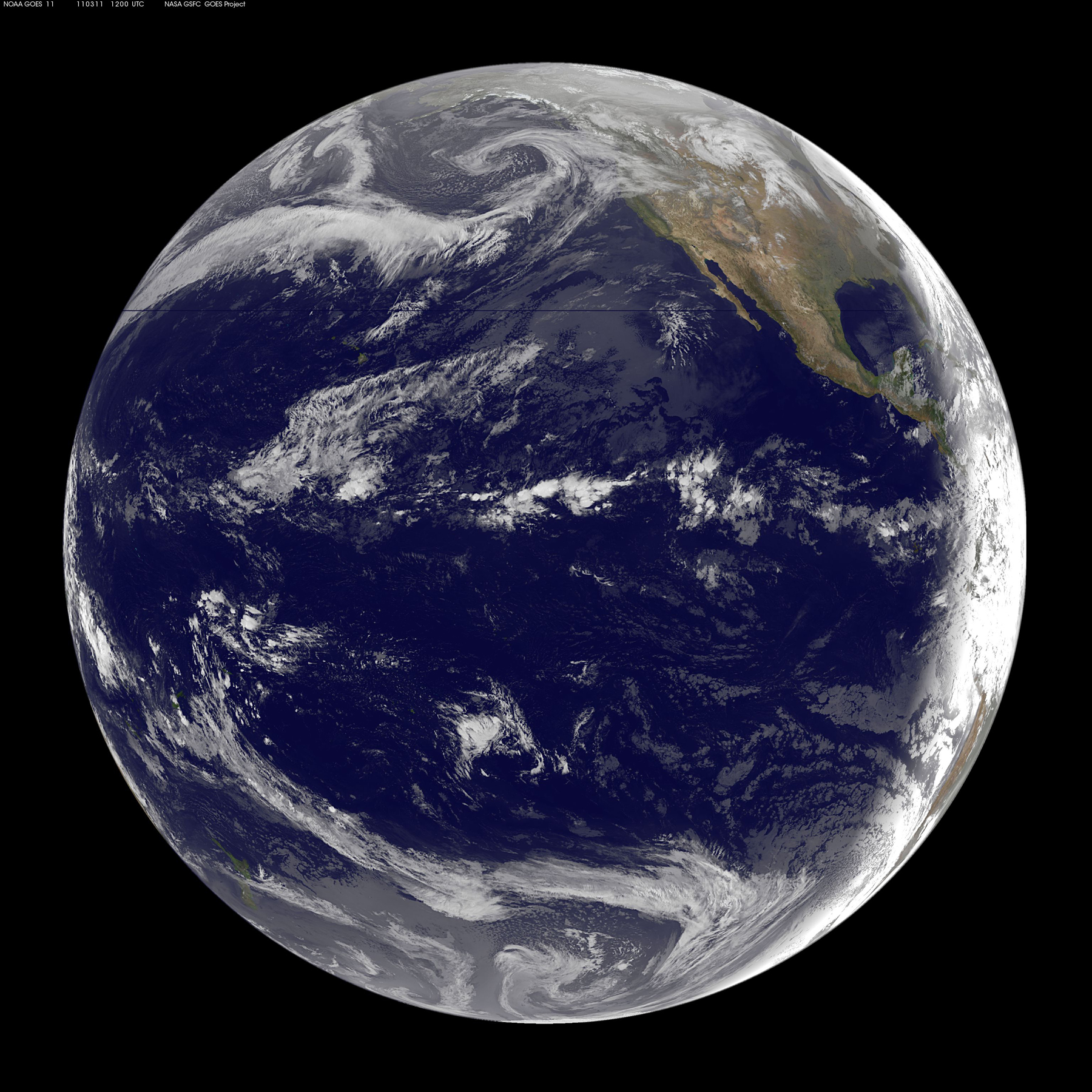 NASA has dispatched its array of Earth monitoring satellites over the Japanese mainland to capture images of the devistation caused by Friday’s earthquakes and resulting tsunamis.  Google Earth has released more detailed images of the disaster.

This image, which was recorded 24 hours after the 8.9 magnitude megaquake by NASA’s MODIS Rapid Response Team, shows large sections of the eastern Japanese coast still inundated with tsunami flood water. A fire, surrounded by flood water, can also be seen raging in the top centre portion of the image.

Click here to see a larger version of the image. 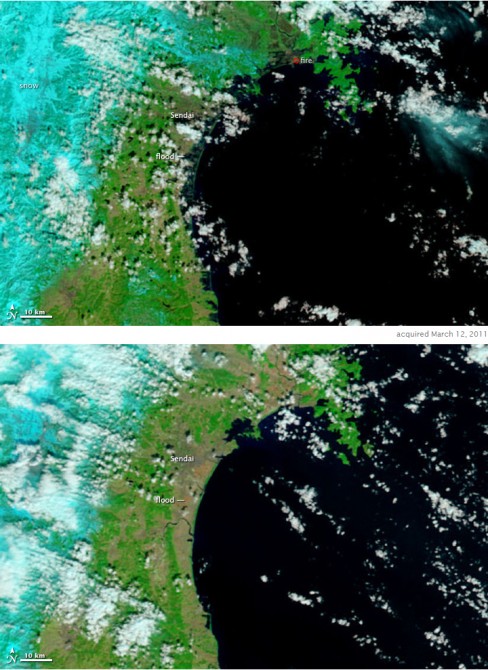 NASA said of the image

“NASA’s Terra satellite’s first view of northeastern Japan in the wake of a devastating earthquake and tsunami reveal extensive flooding along the coast. The Moderate Resolution Imaging Spectroradiometer (MODIS) acquired the top image of the Sendai region on March 12, 2011, at 10:30 a.m. The lower image, taken by Terra MODIS on February 26, 2011, is provided as a point of reference.”

About seven hours after the earthquake NASA’s GOES-11 satellite recorded this image of the Pacific Ocean as the tsunami coursed east towards Hawaii, the US Mainland, New Guinea and other Pacific Rim countries. Hawaii can be see at the centre of the image, about three to five hours before the tidal swell hit the islands.

Click here to see a larger version of this image. 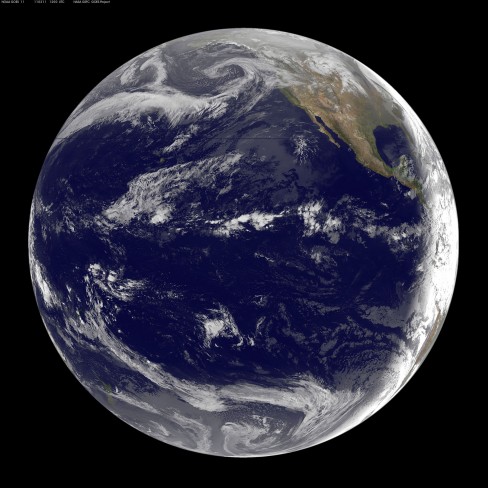 NASA reported yesterday that the 8.9 earthquake sped the Earth’s rotation by 1.6 microseconds while the US Geological Survey reports that the earthquake was so powerful it moved the Japanese island of Honshu 2.5 metres (8 feet) to the east.

Japan has suffered from over 100 aftershocks rated higher than 5.0 on the Richter scale