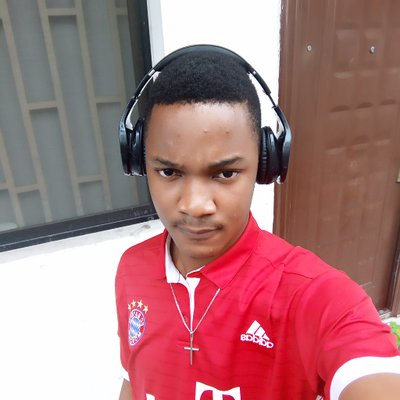 Humble beginnings, accompanied with a positive mindset, creates the strongest of entrepreneurs, and the ability to succeed in the face of adversity is an invaluable skill in the startup world.

The ubiquitous nature of modern technology has given everyone across the globe the opportunity to create something amazing no matter where they are from.

Nineteen-year-old old Nigerian tech prodigy Elvis Chidera is a prime example of what will power and modern technology can accomplish.

The young entrepreneur is an engineer at Careem, and he taught himself to code on a Nokia 2690.

He has also worked with MIT-backed startup dot Learn, and he has been working hard to get Prepup, a free (ad-supported) exam preparation app for Nigerian students, off the ground. So far, Prepup has achieved over 30,000+ installs and was a finalist at the West Africa Mobile Awards 2016.

The Sociable reached out to Chidera to find out more about what has inspired him and what his ambitions are for the future.

Having achieved a great deal at an early age, the young Nigerian explained what motivates him, saying, “While growing up, I usually read the biographies of successful people and quickly realized that most of them put in an insane amount of effort into mastering their crafts, and most times at a young age. These biographies helped shaped some of the models in my head and I am always willing to do anything that is legally and morally correct to achieve my goals and aspirations.

“One ritual I employ every night before going to bed is to reflect on my day and look at what went well and what didn’t and then write down three main things I plan to achieve the next day.”

Evidently, these inspirational figures and Chidera’s reflective approach has allowed him to pursue greater endeavours. Chidera spoke about the path that took him to from coding on a basic phone to then working for an MIT backed startup as an engineer.

“I had worked with a few smaller companies in Nigeria before joining dot Learn, so I had some professional experience already as a software engineer and with personal computers, too. I saw the dot Learn job ad for an Android engineer while going through my news feed.

“I looked them up and realized they are an MIT startup working in the education technology field with a unique idea to make online education accessible and affordable to students in Africa by using data compression. I had already worked on a few edtech products for the African market and felt this was relevant to me. So I applied and the rest is history,” he added.

In addition to Prepup and dot Learn, Chidera has worked full time as an engineer for ride-sharing app Careem, which he talks about passionately saying, “It was a great transition for me as a software engineer. Careem is an awesome company in the Middle East and North Africa solving various problems that I am also passionate about. We are the region’s largest ridesharing platform, and that means we get to work on so many exciting problems.”

One of Chidera’s greatest achievements is not only what he has accomplished at such an early age, but also where he has come from. Chidera has made a name for himself despite starting off in rural Nigeria with nothing more than a Nokia phone.

But opportunities in this region are growing as Africa’s startup scene is changing. Chidera tells me that while Africa’s ecosystem is behind other parts of the world, it is growing fast. In fact, the startup ecosystem in Nigeria’s capital, Lagos, is estimated to be worth a staggering $2 billion, and with the country adding six million new internet users every year, it is not surprising that the capital has become a hub of innovation.

“The tech ecosystem in Africa is still relatively new compared to some parts of the world, but it is growing at a fast rate with lots of startups being launched to take on some of the unique problems in the region. The market here is different, too, and most times foreign companies need to make major changes to their products when they expand over here,” said Chidera.

As Nigeria continues to grow, Chidera hopes his ability to help those within the region will continue, correlating with his abilities to become one of the world’s top engineers.

He says, “In the next five years, I want to become one of the top engineers in my field. In addition to this, I want to build awesome products that improve and simplify the lives of over 100 million people in Africa and the Middle East.”

And with this comes a positive message for other aspiring entrepreneurs, advocating, “The best advice I heard while growing up was “keep moving forward” from the “Meet the Robinsons” movie. You are going to face various challenges and make mistakes, but in the end, you only have to be right once.”