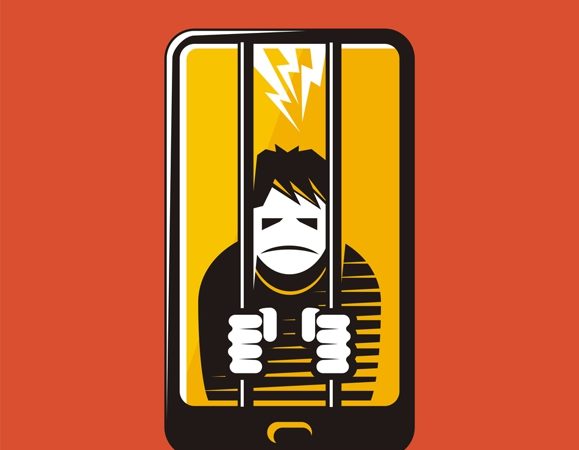 US defense agencies have been working on voice recognition for years to build a robust tracking system, and inmates are “being ‘enrolled’ into a new voice surveillance system.”

The Department of Defense (DoD) provided a grant of $50 million to develop parts of a voice recognition software, which was later marketed to US prison authorities seeking to record voice prints of inmates in their systems, according to The Intercept.

The voice software used is called Investigator Pro and is being provided by Securus Technologies, the prison technology company that provides phone, messaging and video call technologies to jails, prisons, and treatment centers.

US prison authorities are now using the software to record the voices of incarcerated people to create a database of unique biometric signatures called voice prints, The Intercept reports.

They can later use computer algorithms to extract the voice prints back from the databases to identify voices in a call or in searching for voices in other calls if they detect any voices of interest.

Defense agencies the like FBI claim to have been using voice recognition technology for investigative guidance only. However, with the DoD sponsored software being used to build a prisoners’ voice database, sometimes by coercion, their views could be changing.

The Intercept revealed that some programs, like New York’s, even analyze the voices of call recipients outside prisons to track which outsiders speak to multiple prisoners regularly. Corrections officials from the states of Texas, Florida, and Arkansas, and Arizona confirmed that they make active use of voice recognition technology.

While authorities and prison technology companies using the voice recognition software are supporting the practice in US prisons as a part of security and fraud prevention efforts, civil rights advocates are criticizing it for transparency and consensual issues.

Some prisons have coerced inmates into providing their voice samples by threatening to take away phone privileges. Others have extracted voice samples without inmates’ knowledge. People are saying that such data can be used by third party agencies. Also, it can impact those who call inmates from outside, in which case, a warrant is required.

Read More: Changing the lives of the formerly incarcerated through entrepreneurship

Jerome Greco, a digital forensics attorney at New York’s Legal Aid Society told The Intercept, “If you have a family member convicted of a crime, yet you haven’t been, why are you now having your information being used for government investigations?”

Generally, people are not against recording voice signatures when it comes to inmates. However, they are raising concerns about the coercion and the fact that persons calling the inmates might also be recorded.

Michael Kester, Chief Operating Officer at JLG Technologies, the Securus acquired company to whom the software was licensed to, said in a press release, “Investigator Pro helps investigators uncover gang-related, high-interest and other potentially nefarious activities by identifying called parties by voice. It also identifies other inmates that may have called that party. This brings a new level of biometric sophistication to help investigators stop crime before it happens.”

While being a sophisticated crime prevention measure, it might be violating civil rights, and there seems to be no rules from stopping it.

The DoD has been working on voice recognition for years now. DoD’s Program Accomplishments and Plans for FY 2003 and 2004 includes support for ‘DoD’s Voice Command and Control Automated Speech Recognition (ASR) effort for implementation in existing fleet inventory.’

As the US Secretary of Defense said in a 2015 speech about the defense and intelligence community’s research funding arm, DARPA, “iOS’s Siri grew out of not only decades of DARPA-driven research on artificial intelligence and voice recognition, but also a specific DARPA project funded through SRI to help develop a virtual assistant for military personnel.”

US intelligence agencies have used voice recognition programs to identify the voices of terrorists. The FBI has been using speaker recognition technology since the early 1960s, according to a 2013 interview with Hirotaka Nakasone, Senior Scientist, FBI Voice Recognition Program.

However, keeping in mind, the inconclusive nature of the technology, the controversial nature of the technique, and the problems in admitting it in criminal proceedings, FBI’s techniques had only been used as investigative guidance and had not been introduced in a court of law.

For the same reason, the FBI commissioned the National Research Council’s (NRC), National Academy of Sciences (NAS) in 1976, with the idea of evaluating the status of the spectrographic speaker recognition.

The results of the NAS’s study were published in 1979 paper, On the Theory and Practice of Voice Identification, which concluded that “the technical uncertainties concerning the present practice of voice identification are so great as to require that forensic applications be approached with great caution.”

After the NAS study was released, the FBI continued using the spectrographic voice identification for the next thirty years in accordance with its original policy of doing so only as investigative guidance.

What has changed now? Have agencies like the FBI and DoD found a way to use these techniques in ways other than investigative guidance?

The FBI’s current technology is conducted within an internal forensic unit within Digital Evidence Laboratory that is accredited by the American Society of Crime Laboratory Directors – Laboratory Accreditation Board (ASCLD/LAB).

Its long-term plan is to design and study voice collection from the individuals at booking stations, during criminal interviews, prisons, etc., and to maintain those voice databases in a centralized reservoir (FBI’s NGI) for future search purpose.

Nakasone stated that the practice is conducted “only for investigative and intelligence purposes – not for courtroom purposes.”

The use of the DoD sponsored technology on the incarcerated might be just the beginning. It is an example of how those with power can claim to use it for the greater good in a controlled environment like a prison.

However, its use could spill over to be used on the general public, but if that were to happen, would we even know?