Could your home be the next eco-friendly power plant?: Screems 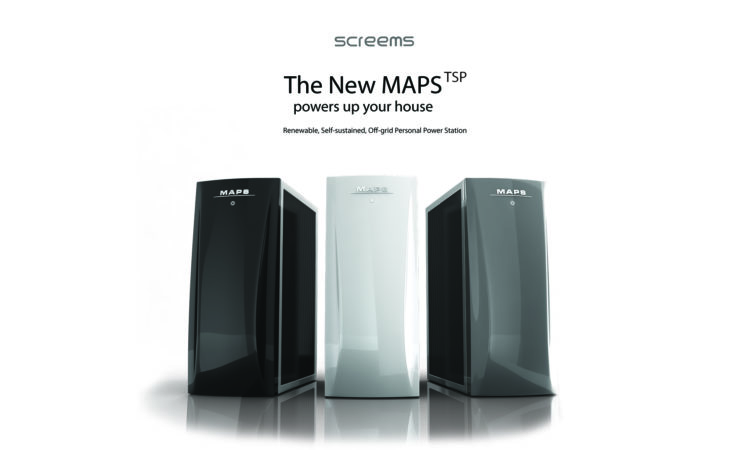 We all need electricity to power our homes and all the appliances, and that’s what the grid stood for, since forever. That also comes with casual blackouts, lots of cables and high costs. Pollution is an issue; too, for electricity grids do not rely on renewable solutions, as the Paris Agreement (2015) requires, keeping Climate Change at bay.

The solution comes from a company called Screems, which comes with an astounding innovation – the Major Appliance Power Station© (MAPSTSP©) micro electricity device, featuring fully renewable energy technology. That is to be installed in homes or SMEs, fulfilling all the energy needs, and thus eliminating the need for grid dependency. It also means no random blackouts, much lower costs, while being worldwide available.

For the scientist in you, the phenomena, known as TSP, starts with what is known in the scientific community as potential energy, discovered by Screems in a form that now becomes a new type of renewable; when captured in that form Screems converts into kinetic energy that produces net Work.

Within a Screems MAPSTSP Device, the kinetic energy drives an alternator, which generates power, that in turn produces the consumable electricity, which powers any household or SME’s internal electricity demands for all appliances, lights, space heating, electronics, computers, hot water, tools, and in the garage, the electric-car is recharged, et al.

MAPSTSP is the size of a dishwasher machine that can be installed anywhere in a home, most likely installed in an out-of-the-way-place, such as the cellar. The Device does not consume fossil or any fuels, but only generates electricity. Therein, TSP greatly and positively impacts the environment, as it eliminates greenhouse gas emissions, which in the buildings sector consumption, represent 31% of all emissions, reports the World Energy Outlook 2018.

Being small enough to fit in any household, while sufficiently powerful enough to fulfill all energy demands, MAPSTSP also has no installation charges and no additional costs other than for used electricity. Because it eliminates the transfer costs of energy from the power plant to the consumer, the charge is only 8 cents per kWh, compared to the average 20 cents in the EU and 13 cents in the US.

How would this change the way our communities look? Additional housing and businesses could be incorporated into our communities because we would no longer need giant spaces dedicated to wind turbines or solar panels. We would have no cables hanging over our heads and no power plants filling the sky with pollution because each home, shop and factory would produce its own clean energy.

THE REALITY OF CLIMATE CHANGE

While having the energy to fuel our modern lives is important, the environmental impact has the potential to take away our very ability to breathe due to air pollution. Moreover, due to climate changes, glaciers – including the Baishui Glacier No. 1 in China – are melting more rapidly than ever, which could affect the Gulf Stream.

In October 2018, the UN released a landmark report on Climate Change, saying that unprecedented changes need to happen in order to reach the target set by the Paris Agreement – which is designed to keep the temperature rise between 1.5 C and 2 C.  Keeping the temperatures from rising above this level is key to preventing massive, negative environmental and financial impacts on the world.

“The global primary energy demand is projected to expand by 25% between 2017 and 2040”, concludes the official World Energy Outlook 2018 document. With no improvements in energy efficiency, both the demand and the impact will rise as India and China’s need for energy grows.

MAPSTSP seems like quite an option, and if you think it’s right for your household or business, you can ask more about it at send inquires to [email protected]