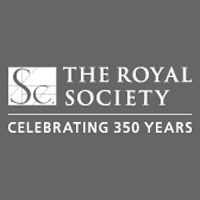 The Royal Society (@royalsociety), the oldest scientific research body in the world, will this week conduct one of the worlds first ‘scientific examinations’ of the World Wide Web.

The examination, which is being organised by Professor of Artificial Intelligence, Nigel Shadbolt, of the University of Southampton will discuss the modern uses and structure of the web including internet memes, online socialising as well as the future threats to the structure of the web.

According to the Royal Society the reason for this recent interest of the ‘science of the web’ lies in the increasing and seemingly permanent hold the web is taking in modern society, “The World Wide Web has changed almost every aspect of modern life. It touches us all. The Web’s billions of pages, links and other resources comprise the largest information fabric in the history of humanity. Yet the Web is rarely approached as an object of scientific study.”

The Royal Society, which counts Darwin, Newton and Einstein amongst its luminaries is hosting the presentation as part of its 350th anniversary celebrations.

The event will be live webcast on Monday 27 and Tuesday 28 of September, with using #RSWebSci as its Twitter hastag. You can follow Dr Leslie Carr @lescarr, Jamillah Knight @jemimah_knight, and Bill Thompson @billt who will be live blogging the event on Twitter.

Could the United Nations be about to appoint an ambassador for the final frontier?