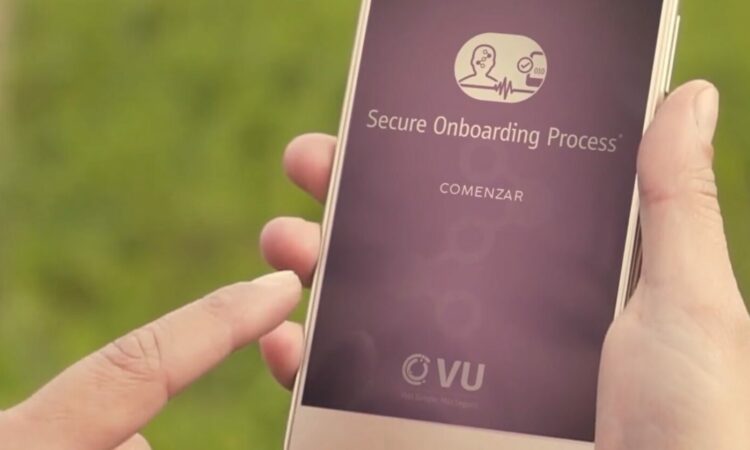 The large-scale migration to the digital space in 2020 and beyond in the wake of the coronavirus pandemic catapulted security into the forefront of today’s technology discourse and public consciousness.

This gave birth to a new generation of businesses offering innovative digital security solutions and prompted the already established ones to explore new territories and double down on their efforts to stay relevant.

Argentina-based VU is one of those internationally renowned industry players who was wary of falling into the trap of complacency and kept pushing its own limits, which resulted in its recent $12 million Series B funding round.

The new funding takes total venture-backed investments in the company to $20 million and will be used to expand the reach and offerings of VU, which is focused on fraud prevention and identity protection and strives to provide frictionless and digitally secure experiences to improve the performance of businesses and the lives of consumers.

Founded in 2007, VU has been trusted by over 130 clients, including banks and government entities, in Latin America, the United States, and Europe and serves more than 350 million people.

Now it has set its sights on capturing a larger share of the global digital identity solutions market, which is forecast to grow from $23.3 billion in 2021 to $49.5 billion by 2026.

To achieve this goal, VU has opened its first office in New York and an office in Madrid, with plans underway to expand its physical presence into Italy, France, and the United Kingdom. The new funding will be used to hire developers in Europe and the U.S.

Speaking to The Sociable, the company’s founder and CEO, Sebastian Stranieri, said the need for solutions such as theirs is felt more strongly than ever given the dramatic surge in the number of digital fraud attempts, particularly in the financial services industry that VU specializes in.

In financial services in particular, the percentage of suspected digital fraud attempts increased 149% globally. Fraud attempts across the sector in the U.S. spiked 109%.

In light of the ever-increasing security challenges, it comes as no surprise that the U.S. federal government recently awarded $239 million for four digital identity-related agency projects, including three zero-trust initiatives.

This amount is part of a $1 billion fund to be disbursed that was raised by Congress through an emergency law known as the American Rescue Plan.

Stranieri, who is a seasoned cybersecurity expert and a mentor at the USC Marshall Greif Incubator, says what makes VU unique is the expert team behind it and the fact that they offer their customers a full package of cybersecurity solutions.

“We are giving companies tools to manage all the privacy-related aspects of their business, including the right to be forgotten,” he said, referring to the concept that individuals have the civil right to request their private information be removed from the Internet under certain circumstances.

With Stranieri at the helm, VU has won several awards, including the 2021 Microsoft LATAM Partner of the Year Award in the artificial intelligence category.

The award is a recognition of the company’s approach in using an innovative combination of AI, user behavior analysis based on machine learning, geolocation, biometrics, and traditional cybersecurity controls to offer cybersecurity solutions that integrate easily with users’ existing technological infrastructure across various industries.

Stranieri explained that they have coined the term “online persona” to provide robust identity verification where the user is seen as a whole instead of a set of credentials, allowing for a more holistic authentication paradigm.

The CEO of VU said they are working on new initiatives revolving around the concept of decentralized identity, which he believes is going to completely transform the Internet of Experiences—the experiences of people enabled by the Internet and other aware technologies.

“Imagine you move to a new country and need to register for all kinds of services: voting, driver’s license, banking, electricity, entertainment subscriptions. Right now, you have to register individually with each service provider and prove your identity to open an account. And every time you want to access this account, you need to prove your identity again, either by password or other credentials. A decentralized identity radically simplifies this process,” writes Gartner in an article explaining decentralized identity.

The ITF and its related infrastructure—i.e., decentralized identity network, services, and verifiable claim exchange protocols—stand between the user and their service providers and handle all requests for identity and access, Gartner notes.

Industry experts argue that decentralized identity is a revolutionary innovation, especially given that about 1 billion people worldwide are unable to claim physical or digital ownership of their identity, which renders them unable to take an active part in public services and society’s most basic technical advances.

Stranieri, who is a firm believer that identity should be “invisible”, says a decentralized approach to identity gives users much more independence and enhances privacy.

As he explains, the reason is that it allows individuals to share only the data they want to share and if they change their mind about sharing them or decide a service provider no longer needs them, they have the control to revoke access.

The founder of VU is optimistic about the future of the digital identity world, especially as more and more people are becoming more conscious of cybersecurity threats they are exposed to on a daily basis.

“I’ve worked in cybersecurity for more than twenty years, and this is the first time my mother and father can understand some of the things I do because this issue is constantly being discussed in the news.”

The success of digital identity solutions hinges a lot on public awareness, Stranieri said, adding that he and his team are proud to be part of the positive change that is taking place.