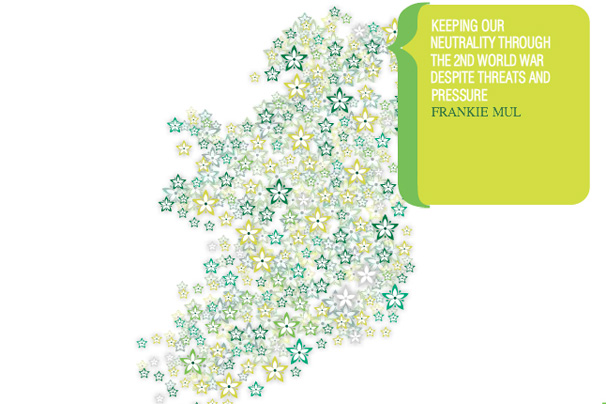 Your Country, Your Call
1.35Kviews

Just over one year since the employment initiative ‘Your Country, Your Call’ closed for entries, the Irish Times today report that the competition’s request for funding has been withdrawn by its organisers. Contest initiator Dr. Martin McAleese, husband of President Mary McAleese, has withdrawn his request of €300,000 in government funding stating that it was no longer needed.

The competition whose main aims are to stimulate Irish innovation and ultimately create employment first opened on February 17, 2010. Your Country, Your Call requested that discerning citizens submit “transformational” ideas and proposals that could help stimulate the economy and resume some level of prosperity to Ireland so desperately needed.

Over 9,000 entries were received before the competition closed on April 30, 2010, just over one year ago. The two eventual winners were Neil Leyden with his idea to make Ireland a “digital services centre”, and Cianan Clancy and Colm MacFhlannachadha who both proposed that Ireland become a “data island”, housing giant, environmentally friendly data centres. Both winning parties each received €100,000 in prize money, and access to a development fund of “up to” €500,000 each.

Although government funding was promised by former Tánaiste Mary Coughlan when the competition first launched, it was never disbursed to Dr. McAleese and the competition organisers. In documents released under the Freedom of Information Act, the Irish Times have today revealed that in the meantime Dr. McAleese has withdrawn the request for funding and confirmed that adequate funding had been secured elsewhere.

To date the competition has accumulated “hard costs” of between €100,000 to €150,000, reportedly funded by 13 private organisations and individuals who donated sums of up to €150,000. It’s understood that the competition’s ideas implementation strategy will continue as planned.

How to create a kick-ass SaaS company: 3 experts discuss secrets of success in this $116.39 billion industry