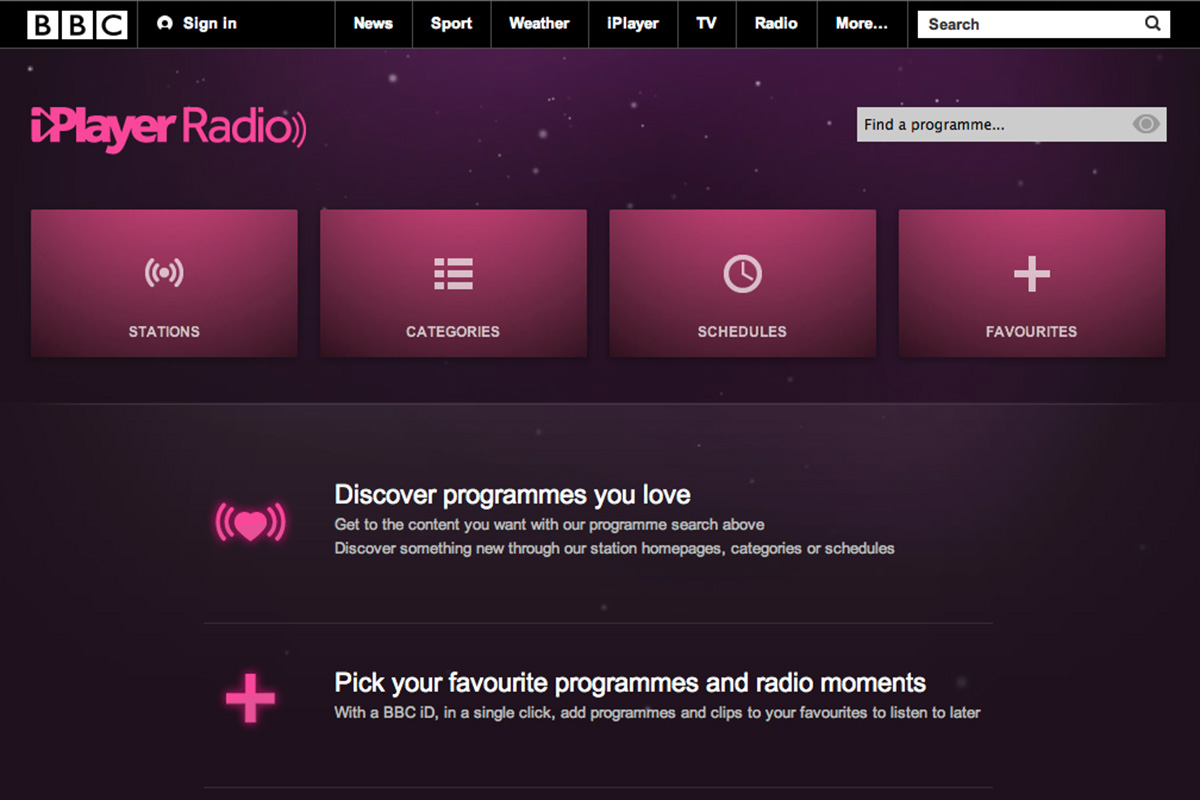 The BBC has launched a new standalone iPlayer Radio app for iPhone, iPad and desktop that grants users access to live audio streams of all of the BBC’s radio stations, as well as on-demand archive content.

Year-on-year, monthly radio content requests on the BBC iPlayer have increased by 56% on smartphone to 2.8 million, and by 300% on tablet to 1.2 million.

A version of the new standalone radio app for Android devices is also in the works.
One great feature of the iPlayer Radio app is its ability to set radio alarms, so you can wake up to a very specific DJ or morning show. Users can also set reminders on their favourite shows and navigate through the BBC’s entire range of 57 radio stations with an alternative touchscreen dial interface.

Both channels will “react” to what’s being “watched, shared and talked about” on YouTube.

BBC Worldwide will “renew its commitment” to the video service by adding to its existing selection of over 8,000 clips across its six YouTube channels, available globally.

A selection of “long-form programming” will also be launched on YouTube in the UK and Canada for the first time, including early EastEnders episodes, classic comedy The Likely Lads, some of the BBC’s Shakespeare Collection and The Trials of Life, and other dramas like Campion and The Onedin Line.