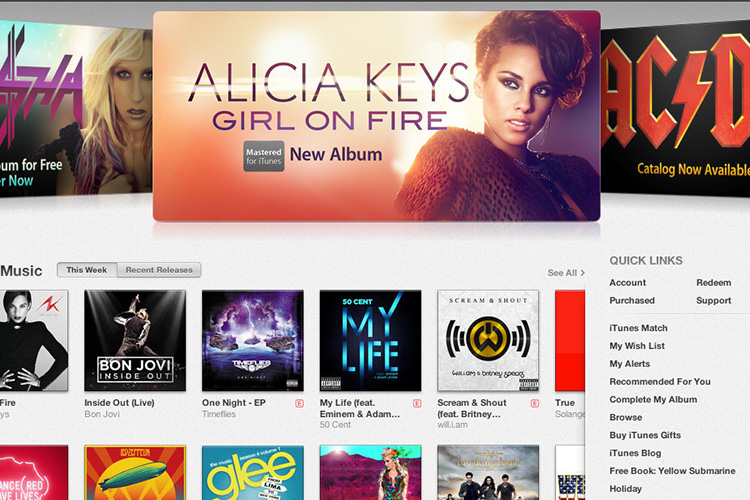 After an atypical delayed release, iTunes 11 is finally here. Today’s update to Apple’s flagship media player is said to be the biggest overhaul to iTunes in years.

The new player, available to download or update from the Mac App Store (198MB), or available as a direct download here, has been “completely redesigned” and “dramatically simplified” and at long last integrates iCloud, Apple’s cloud storage service.

The iTunes Store now features a “clean look” more akin to the iTunes Store on iOS devices, bringing a consistent look and feel across all devices. The redesign is said to make it “simpler than ever to see what’s hot and discover new favourites”.

Music, movies and TV shows purchases in iCloud now appear inside your iTunes library (once signed-in). Media on iCloud can be streamed within iTunes or synced to a device for offline play.

A feature known as Up Next allows you to see what songs are in queue. All songs in queue can be reshuffled or skipped entirely.

A new MiniPlayer that takes up less space allows you to control what’s playing on iTunes without leaving your current program. MiniPlayer now includes album artwork, adds the new Up Next feature and makes it easy to search for something new to play.

One of the must have features of media players and catch-up services like the BBC iPlayer or Ireland’s own RTÉ Player, is the ability to sync playback across devices, something that Apple has included in iTunes 11. So if you begin to watch a movie on your iPhone or Apple TV, you can pick up where you left off on iTunes.

With all that said, perhaps iTunes 11’s most important feature is its new icon.

Leveson: Twitter is a “powerful example” of free speech but a threat to news media