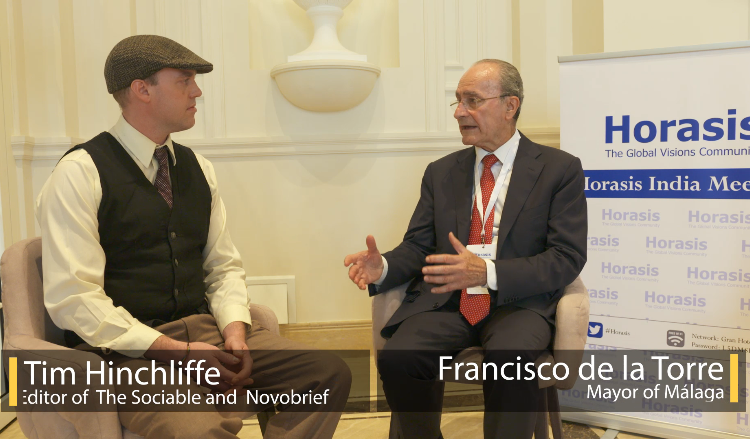 As a proponent of innovation and business in the rich and vibrant Spanish city of Malaga, Mayor Francisco de la Torre sees his Andalusian town as not just a paradise for tourists, but as an opportunity for entrepreneurs to flourish.

The Horasis India Meeting took place May 24-25 and brought together more than 300 members of the Horasis Global Visions Community to inspire India’s future.

The Sociable caught up with Mr. de la Torre for a rare video interview at the Horasis India Meeting on the sunny coast of Malaga, Spain on Sunday.

The Horasis Global Visions Community is the culmination of Founder and Chairman Dr. Frank-Jürgen Richter‘s years of service in counseling leaders in business, politics, academia, and religion.