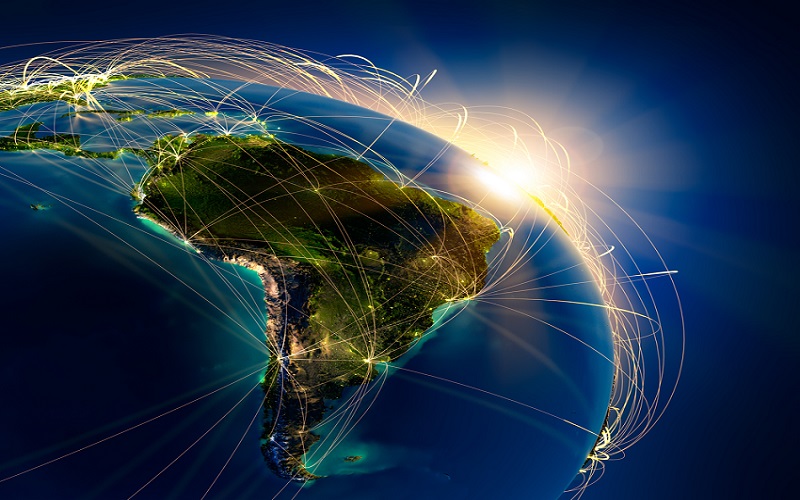 Latin American governments have realized the competitive advantage of investing in technology and innovation for their home economies. With the region’s IT industry revenues soaring by 20.3% from 2016 to 2017, local governments have capitalized on an opportunity and turned Latin America into a nearshoring hub.

Compared to India or China, other top destinations for software outsourcing, Latin America is culturally and geographically closer to the United States and has a much smaller time difference. In countries like Mexico and Argentina, public universities graduate thousands of talented developers every year to supply a growing demand for tech talent based in Latin America.

From Colombia to Brazil, here is how Latin American governments have incentivized the development of outsourcing hubs that employ top tech talent to serve the US market today.

Argentina has one of the most advanced outsourcing markets in Latin America, mostly due to the availability of free higher education for all citizens. A 2015 World Trade Organization report ranked Argentina as the eighth largest exporter of computer services in the world, the only Latin American country to reach the top 10.

Since 2015, Argentina has expanded access to IT education through Program.AR, a US$5M investment by the government to teach teachers and schools how to integrate programming into public school curriculums. Through free programs at 11 public universities, teachers from secondary schools across the country have enrolled to become certified in teaching programming.

Currently, more than 20,000 students across the country study computer science and information technology. Program.AR has turned Argentina into a software outsourcing powerhouse and the program still plans to add 5,000 new developers to the workforce by 2020.

Since 2009, the IT industry has been an official area of interest for the Uruguayan government. The small country of just four million people nestled between Brazil and Argentina is famous for its “one laptop per child” policy that provides a free laptop to every student in state primary school. Furthermore, 99% of the population has access to broadband, the highest Internet penetration in the region.

The Uruguayan government has established 12 free trade zones across the country with no VAT, transportation, or income taxes to incentivize the continued growth of its outsourcing industry. The zones were created to help turn Uruguay into an outsourcing hub since the FTAs allow for free circulation of foreign currency.

Uruguay has come to be recognized for its high-quality software testing education programs, through the Centro de Ensayos de Software and non-profit Proyecto Nahual, both of which have turned the small country into a Quality Assurance hub. Uruguay also hosts the region’s largest testing conference, TestingUY.

Mexico graduates more engineers per capita than the United States

Technology hubs such as Mexico City, Guadalajara, and Monterrey provide tax incentives to attract talent for local and international tech companies. Developers from across the world that once looked to the US for work are now headed to Mexico, which recently opened its borders to invite even more talented workers.

Mexico currently graduates over 113,000 engineers per year, the 8th highest in the world. The government of Jalisco used their position as a tech hub to attract investment from Silicon Valley, offering tax incentives and government cooperation. The governor of Jalisco State, Aristoteles Sandoval, even published an op-ed in the San Francisco Chronicle in February 2017 showcasing the many advantages of hiring tech talent from Mexico to Silicon Valley executives.

Mexico’s abundance of engineers, combined with its proximity to the United States and favorable business climate, have made it one of the most popular nearshoring hubs for US tech companies.

Colombia’s government has closed the IT talent gap

Since 2010, the Colombian government, through the Ministry of Technology (MINTIC), has incentivized students to pursue careers in IT and computer science. Through a program called “Plan Vive Digital,” MINTIC has spent US$153M to cover up to 80% of the training costs for people pursuing studies in information technology. Last year, 9,400 students signed up for the program.

Colombia has a reputation in the United States for providing high-quality development teams for outsourced projects. As demand for Colombian talent grows, developer’s salaries have jumped 20-30% this year, pushing companies to look to Brazil and Argentina for more cost-effective options. However, with 95% of Colombia’s engineers already employed, the government is also racing to keep up with demand and maintain affordable pricing in the local tech industry.

Brazil passes a law to lower the cost of outsourcing

Last March, the Brazilian Congress passed a bill that extended the mandate of temporary and outsourced workers to fit the way the IT industry works. Temporary workers can work on any activity for a company and can work for up to nine months on a single contract.

This law lowers the cost of employment, particularly in the technology sector, and has revitalized the IT outsourcing industry in Brazil. Brazil exports a relatively small percentage of their IT services, 18% as compared with an average of 65% in the Southern Cone, but the government is betting that the devaluation of the real will make Brazil more competitive on the global market. The new law has also made Brazilian outsourcing more attractive to international companies.

As governments in the region incentivize the development of outsourcing hubs through education, tax incentives, and legislative measures, Latin America continues to gain global recognition as a top destination for high-quality software exports. And with more and more talented developers graduating every year, outsourcing development projects to Latin America continues to be one of the best ways for US companies to work with top tech talent.