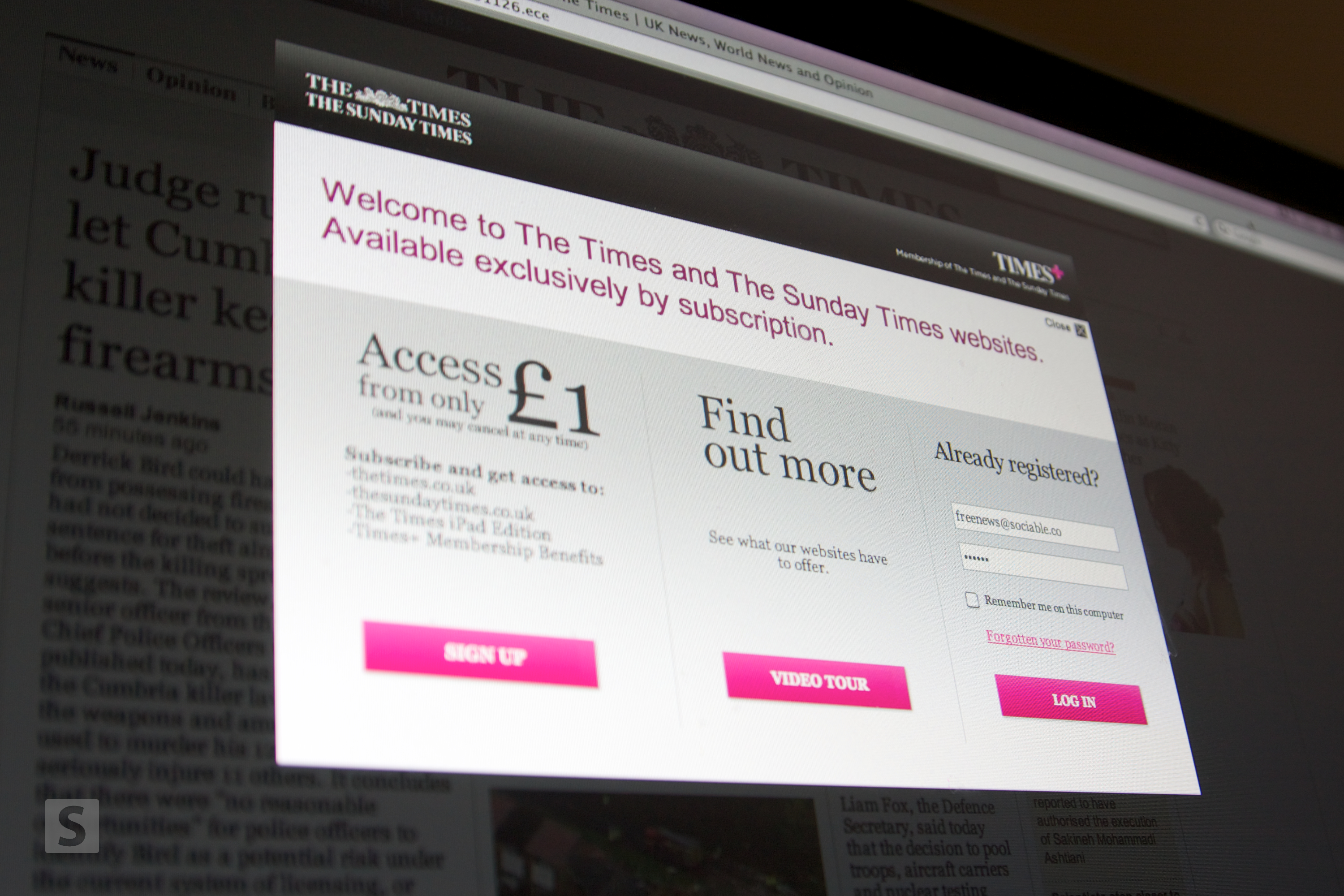 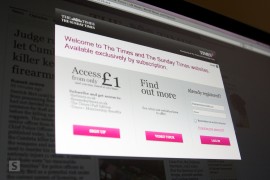 The Times firewall in action

This morning News International have released widely anticipated figures on the Times’s paywall: 105,000 people have paid to access the site since the paywall was introduced in July of this year.

105,000 customers may sound impressive but these figures are scarce on detail. This figure is used to describe “online subscribers” as a whole, ignoring the fact that a significant number of these were one-off users.

Only around 50,000 out of the 105,000 total are monthly subscribers to the website, iPad, and Kindle editions. The remaining 55,000 are one-off users or pay-as-you-go customers. Also, around 100,000 print subscribers have activated their free digital subscription, bringing the Times’s total paid audience to around 200,000.

So do the figures add up? Dan Sabbagh, the Guardian’s new head of media and technology, suggests a figure of around £12 (€13.8) million in revenue per year if one assumes the average customer pays £10 per month. Sabbagh states “the full price for online is £2 a week, so less than £10, but the iPad buyer pays a bit more forking out £9.99 for a little less than most months at 28 days”.

From these vague figures the Times’s paywall strategy can be seen as being somewhat successful. However, this said, print sales of the Times have experienced a growth decline of around 3.33% from the period of June to September of this year, even though content is no longer freely available online.

Murdoch’s paywall experiment has had some success but his vision to salvage print and eliminate free news is failing.