HomeBusinessWhat does the future hold for the blossoming LatAm market?: Interview
Business 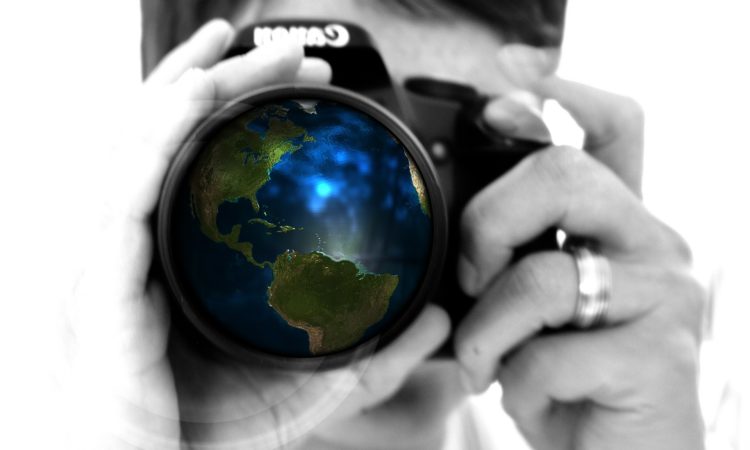 It seems like everyday Trump is trying to start a trade war. In reality, this is not the worst kind of war he could be intent on starting given the volatility of this presidency. However, all war does damage in one way or another and given reoccurring headlines, it appears that Trump and the US’ credibility as a reliable economic partner is on the receiving end of this damage. Europe and China are two of the most notable entities which Trump is looking to start a fight with, which is unlikely to work out well for the US.

In light of this, other corners of the globe are likely to become more attractive economic allies as the US continues to isolate itself. One of these potential partners is the up and coming LatAm market. To get a better idea of what the LatAm market’s future holds we spoke with João Del Valle, co-founder and COO at EBANX, a company striving to bring together global businesses and the multicultural population of Latin America while challenging the status quo of the payments market.

With more than 15 years of experience in software development, João Del Valle is the mind behind the first platform codes of EBANX, which allow all company operations to work with fast frictionless synergy and responsiveness. Currently, João is responsible for technology, product, operations and customer experience. He holds a MSc in Object-Oriented Software Engineering from École des Mines, in France and a BSc in Computer Science from the Pontifícia Universidade Católica do Paraná in Brazil.

In addition to having worked as a specialist in several companies, he was also the lead engineer of the team that built the national accounting and finance system in Mozambique, where he lived for two years. João holds an MBA degree from Fundação Getúlio Vargas and has also attended executive programs at Stanford, Harvard and Singularity University.

If a trade conflict between the U.S. and China did erupt causing both sides to turn away from each other, what could this mean for the LatAm market?

First, this would cause an economic whirlwind all over the world, at a time of history when these economies are so protagonists in the world. And Latin America, like other emerging markets, would undoubtedly be impacted.

As a consumer market, LatAm would become an even more interesting target. If there is a trade break between the U.S. and China, both countries would have to be looking for alternatives, since they are very important markets to each other. There are other great options besides Europe, such as South East Asia, Australia, Africa and Latin America. In the case of Latin American ecommerce market, we are talking about over 150 million people by 2019.

Are there any success stories that really stand out to you regarding overseas companies that have successfully entered the LatAm market?

No doubt about it. There are a lot of successful companies like Spotify, Uber, Airbnb, that have been able to replicate the success they have in the U.S. here in Latin America, in a fast pace. Of course, they have developed specific strategies for the countries, usually beginning with the largest markets, such as Brazil and Mexico, which are often among the top 5 most important countries for global companies.

The story of AliExpress in Brazil is quite interesting. The Chinese giant had huge organic growth in Latin America, even without investing in it. When they decided to create a cross-border strategy for the region, investing in cross-border payments – with EBANX –, in cross-border shipping, their sales growth was spectacular. They became one of the largest ecommerce stores in Brazil, even without having a physical presence in the country. Today AliExpress is the international ecommerce in which Brazilians buy the most, and the third in general, when you consider national companies as well.

Wish, another merchant of EBANX, is the second ecommerce merchant in which Mexicans buy the most. The U.S. company has positioned itself next to giants from Mexico and other Latin American online stores.

In your opinion, in what way is the LatAm market unique compared to other areas of the world?

Latin America has a cultural proximity with the United States and Europe, for instance. Despite the differences, Latin American countries are considered western, just like the U.S. and European ones, sharing many cultural aspects.

A similar time zone than the United States’ is also an important characteristic to be taken into account, together with cultural aspects. Although it is a detail, similar time zone greatly facilitates the work of global companies.

Also, Latin America’s market is not yet saturated, it has a lot of opportunities. It is one of the regions with the fastest growing ecommerce market in the world. As I mentioned, by 2019, it is expected to have over 150 million online consumers.

It is not just about the good things. Latin America has cycles of political and economic instability that create cycles of opportunities. The ones that can endure periods of eventual instabilities will certainly be well prepared to enjoy the rewards of economic boom times, whether it is in Mexico, Brazil, Argentina, Colombia, etc.

Do you have any advice for overseas companies looking to enter the LatAm market?

In addition to the most obvious tips, such as having a local partner, it is interesting to be open to experimenting, mostly if we are talking about an ecommerce company, an online service company, or a SaaS company. Test the market. There are cheap tests, in which you can invest without establishing a physical presence in the country you are interested in. Test it out, so you can see if people are interested in what you are selling without making a great investment up-front. For instance, Brazilians are very open to buying products and services from outside.

Secondly, make payments and shipping partnerships. And if you realize you really need to establish a local presence, then you do it, with a team. But you will already have felt the market without having spent much. Nowadays you can do a lot from outside. There are a lot of partners that can help companies in Latin America, EBANX is one of them.

I understand that in Latin America the norm is still to use cash to buy from brick-and-mortar stores and to buy online as well. Do you think cryptocurrencies or other technologies might change this over the next 3 years?

Mobile payments are finally taking off in Latin America. It took a while, but now there is a great acceptance network, in Brazil and in other Latin American countries. Consumers will gradually adhere. Within three years, we will see big changes in the digitalisation of payments. And not because some revolution, but by the simple massive adoption of existing technologies.

Regarding cryptocurrencies, there was a great hype. I do not believe there will be a massive adoption of them by brick-and-mortar stores in Latin America in the next three years, nor by online merchants. Online retail is already quite modernized, there are several players involved, so I do not see a great technological disruption coming, like the massive use of cryptocurrencies. Unless some new method or new process comes up. Because it is still a market that still cares deeply about compliance, money laundering, and despite having potential, cryptocurrency’s frameworks still cannot handle these aspects very well.

According to recent news, LatAm’s agricultural sector has witnessed a huge rise thanks to ties with China. Do you foresee other sectors benefiting from high trade with China?

In the next quarters, not only agriculture, but Latin American commodities in general are expected to grow significantly in trade with China. The entire commodity sector remains very strong in the whole region. And now, because of the exchange rate between the U.S. dollar and Latin American currencies, commodities are even more competitive to sell to China and the rest of the world.

And there is also the tech scene. In the case of Brazil, which is the largest economy in the region, there are many Brazilian startups that are already being born with a global mindset. Brazil has the size and the talent to build incredible products. In a globalized world, where the distribution of virtual products depends very little on geography, these Brazilian products can easily reach global markets. There are several Brazilian startups expanding to other countries, such as Hotmart and Resultados Digitais, and others that have already been born with global DNA, such as Pipefy and EBANX. In the case of EBANX, we have a strong relationship with China specifically. We provide payment technology solutions for several Chinese companies, including giants such as the Alibaba group.