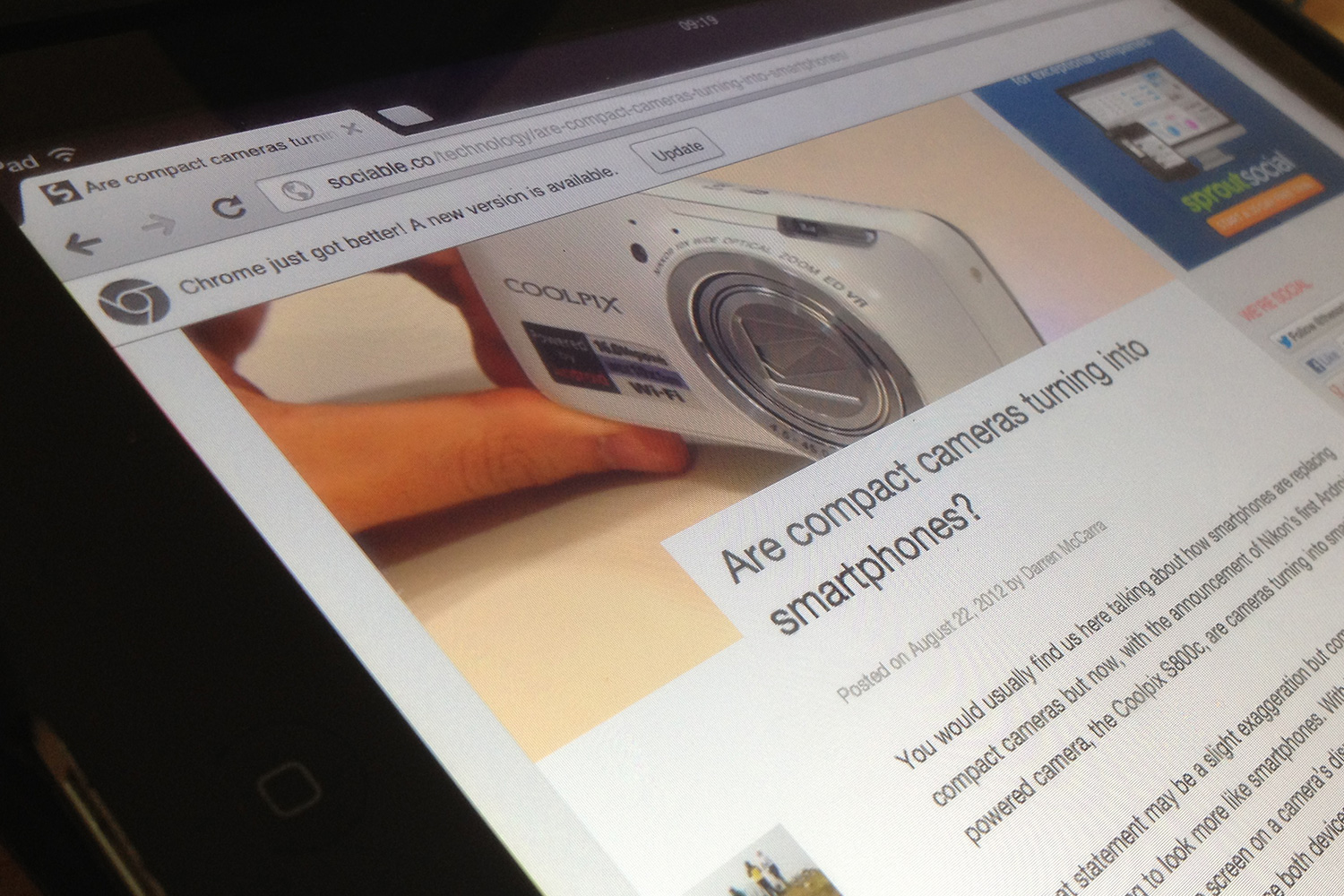 Apple’s own native browser Safari already has integrated email share and Tweet capabilities. This autumn, with the release of iOS 6, native support for sharing to Facebook will also be added. Google+ has been neglected.

Like Safari, Chrome integrates at OS-level when sharing on Twitter, removing the need for any annoying re-authentication. Google+ uses the current Google Account that is signed-in to the browser, sharing on Facebook launches the official Facebook app if installed, and sharing by Email uses the native Mail application – and not Gmail?

The desktop version of Safari in Mountain Lion has also recently inherited share buttons that integrate nicely with other Mac apps, like Mail, Messages and Twitter. With most browsers adding this native share functionality, is it time to get rid of those ugly and unsustainable official share buttons that have been slowing the web down for years?