Are compact cameras turning into smartphones? 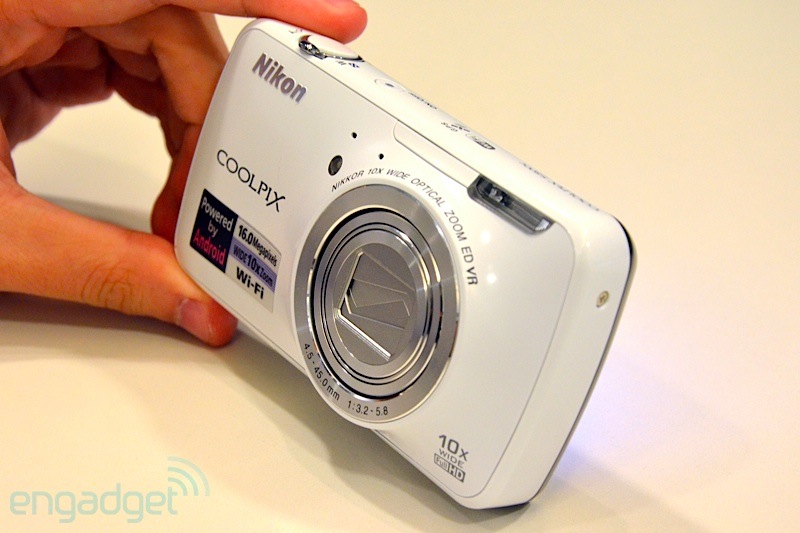 You would usually find us here talking about how smartphones are replacing compact cameras but now, with the announcement of Nikon’s first Android-powered camera, the Coolpix S800c, are cameras turning into smartphones?

That statement may be a slight exaggeration but compact cameras are even beginning to look more like smartphones. With the addition of the accustomed Android home screen on a camera’s display, and their increasingly thinning profile, at first glance both devices are hard to distinguish.

It seems that a convergence is occurring on both sides that will eventually lead to a single communications / superior media capturing device.

So what exactly did Nikon announce? It’s an addition to their Coolpix line of consumer-focussed digital cameras, the S800c, and it’s powered by Android 2.3, Gingerbread. The Android OS allows full access to Google Play – the Android app store – so in between snapping images at a friend’s wedding you can download Instagram and apply some needless filters or play Angry Birds until the ceremony is over.

This isn’t the first time we’ve seen the release of an Android-powered compact camera. Polaroid announced its SC1630 smart camera at the start of the year. Nikon, however, is a far bigger player and its decision to release an Android compact camera will have far greater implications on the industry. Nikon is currently third in terms of compact camera market share behind Sony and Canon.

What’s actually great about an Android-powered compact camera is its ability to share high-quality images instantly on whatever social network you desire, and its ability to upload shots immediately to Dropbox or Google Drive. The S800c only supports Wi-Fi but you can always tether to your smartphone when out of range (it’s not completely defunct after all).

The Coolpix S800c includes an app known as ‘Upload to Smart Device’ that can be used to transfer images and video to “smart devices” running Android or iOS. This feature is a little vague so were not entirely sure how it works.

As for the camera’s specifications, it’s a basic point-and-shoot. It has a 10x optical zoom lens with focal lengths from 25-250mm, captures 16-megapixel images and full HD video. It has built-in GPS and includes an app known as ‘my Picturetown’ to display captured media locations on Google Maps. It has a standard 3.5-inch OLED touchscreen.

It’s a fairly basic compact camera – out next month – and seems a little pricey at $349.95 (around €280) for what you get. It’s also disappointing that the version of Android installed isn’t more current – Gingerbread was released towards the end of 2010.