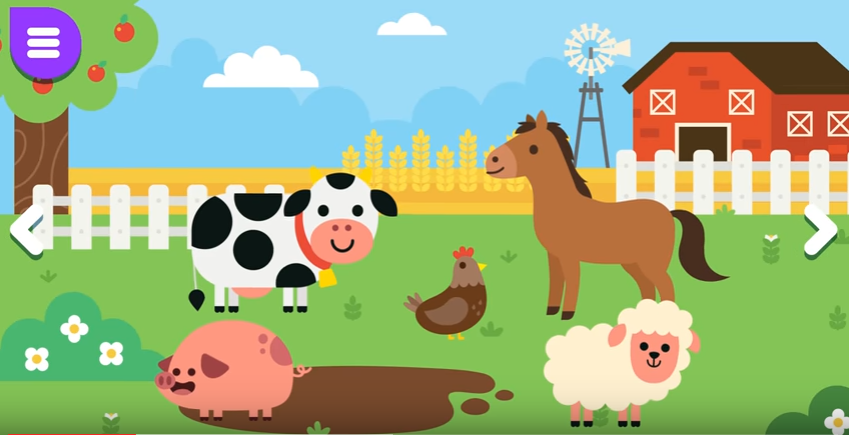 Who would have thought that a virtual farm animal could cause such a stir in a children’s game that it would cause the kids’ app ratings to drop?

It’s easy to overlook how a small difference between cultures can affect whether or not people from that country will like your product or service.

Take Papumba for example. Papumba is startup from Argentina that specializes in developing educational apps for children.

If you have kids, or at least have seen kids around technology, you can notice how deeply engaged they are with their faces buried in the screen, oblivious to vacuum cleaner that is trying to clean beneath their feet as they are sprawled out on the couch with their tiny feet dangling below.

Children love touching screens almost as much as adults do, but it’s the adults who worry about whether or not the ads on children’s apps will lead to unexpected charges on their credit cards.

This has been a major problem in the technology-driven culture of the United States, but companies are generally understanding and will usually refund whatever purchases were made by children.

Papumba doesn’t allow advertising on its apps, so there’s no worries there, but with the release of their educational app, Animal Sounds, the team from Argentina got a whole new lesson in cultural differences that allowed the developers to boost their average ratings from 3.9 to 4.2 stars (now 4.4 on Google Play).

What was it that allowed this increase? I’ll give you a hint, oink! Oink!

That’s right, one of the features on Animal Sounds was a pig that went oink, and users in some countries were asking for it to be taken (not put) down. Once Papumba pulled the plug on pork, its average ratings shot up!

Religious restrictions on the consumption of pork are prevalent in many countries, especially in the Middle East, so having children play with a succulent swine on a virtual farm, which reflects the place where bacon is produced in the real world, was a lesson in global understanding for the team.

“We have always thought of ourselves as a global company,” said CEO and co-founder Gonzalo Rodriguez. “Even our name is fun, kid-focused and designed to be relatable in different languages and countries. It came from one of our first designers. He had a nephew and every time they were travelling in the car and hit a bump, the kid would shout ‘Papumba!’ — This is the fun, made-up word that we were looking for. It captures the kid energy and focus that drives our company.”

Now, Papumba is following up on the success of Animal Sounds with its latest release, Animal World. With previous versions garnering more than 4.5 million downloads, this newest version now features native speakers and country-specific content for 18 languages and 15 countries.

The aim of Papumba’s new app is to help children explore animal names, sounds and habitats in a fun and educational way. This is part of the company’s broader mission to provide a full preschool curriculum to children all over the world so that they have access to quality education.

This latest version of Animal World includes games that encourage children to expand their knowledge about nature and even meet speech development milestones faster. The app is available in iOS as a paid-for product, while Google Play offers a freemium model that provides in-app purchases.

Building strength from within: Ironheart’s better pathways for long-term growth