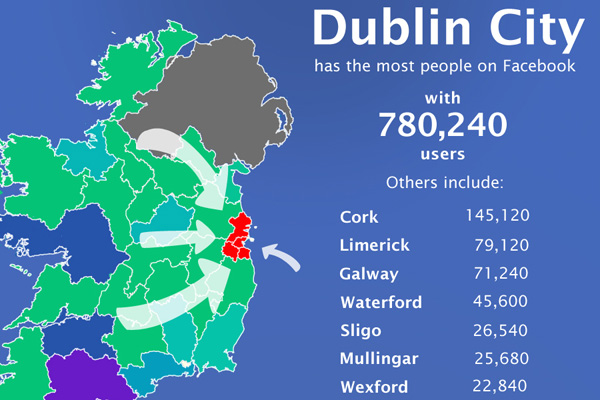 Obviously Dublin has the largest concentration of Facebook users, followed in order by Cork, Limerick, Galway, Waterford, Sligo, Mullingar and Wexford. The most popular Irish brand by far on Facebook is Baileys with 1,174,168 page Likes.

A $200M partnership for the invoice financing industry in Latin America