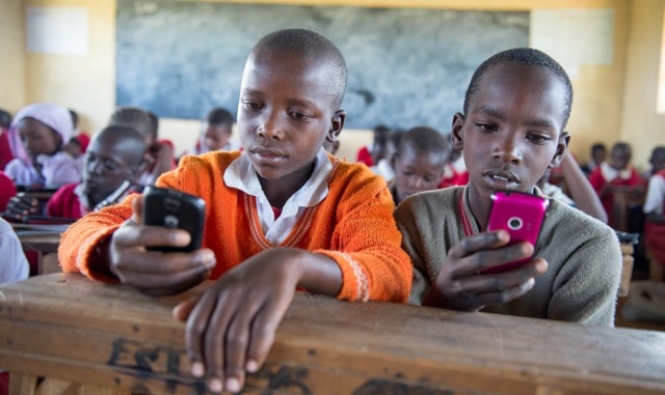 Facebook has been working hard to spread its influence to developing nations; however, it’s not about providing access to all of the net, but rather just the platforms it approves of.

It all began two years ago when Mark Zuckerberg announced on Facebook his plan to connect the whole world with internet.org, and later on, its “Free Basics” bundle.

“Our goal with Internet.org is to make affordable access to basic internet services available to every person in the world,” the Facebook CEO explained.

On top of that, the free services have to be submitted to internet.org and approved by the Facebook-owned platform. That means the content not only is limited, but it also serves only the interests of the social media platform.

This is not about bringing free internet to developing nations; it’s about having a monopoly over connectivity and censoring anything that isn’t in Facebook’s interests. This type of digital colonialism, it seems, is at the heart of what Zuckerberg is trying to do.

Critics of the “Free Basics” argue the platform “would force other businesses to set up shop on Facebook rather than on their own websites or elsewhere on the internet. This would give Facebook enormous power over competitors and indeed over the internet.”

If it is all in the name of philanthropy that Mark Zuckerberg wants to bring internet to “third world” countries — a term that is degrading in and of itself — why wouldn’t he aim to just let people surf all of the web for free? Why the restrictions? Is he not doing this for charity nor the goodness of his heart, or rather to expand his influence and dominate markets?

According to Zuckerberg, “What we figured out was that in order to get everyone in the world to have basic access to the Internet, that’s a problem that’s probably billions of dollars […] With the right innovation, that’s actually within the range of affordability.”

However, straight from the horse’s mouth, the Facebook CEO laid out his mission for all to see, and it is about profit:

“We believe it’s possible to sustainably provide free access to basic internet services in a way that enables everyone with a phone to get on the internet and join the knowledge economy while also enabling the industry to continue growing profits and building out this infrastructure.”

Daily Lounge writer Chris O’Shea explained the potential to tap into people in developing countries, “They’re a giant, currently untapped, revenue stream. Zuckerberg might have a noble idea with spreading the Internet to developing countries, but really, this is about taking a dip in new money waters.”

While dominating markets and forcing would-be subscribers to use his platforms, the social media giant will gain access to even more user data. Allowing for more people to be connected to Facebook-friendly sites and apps means that an even greater part of the world’s population will now be able to be identified, documented, data-mined, and sold to third-party companies and individuals, just like the rest of the connected world.

Read More: Facial recognition: the new makeover of the selfie in 2016

This is a tactic that has been used in the past with other industries. What happened after the Rockefeller Foundation, among others, sponsored Gender Equity and Women’s Liberation in the 1970s?

This means that all of those women are now paying taxes to the Fed that weren’t before, and with both the mother and father away from home at work, the children are being raised by state-sponsored schools and institutions.

Just like bringing “free” internet to developing countries, gender equality of course sounds like a sane, rational, and ethical proposal, but whatever beauty may lay on the surface, the ugliness lurks beneath.

We live in an age where monopolized internet interests are being sold as freedoms and censorship as convenience.

Facial recognition: the new makeover of the selfie in 2016