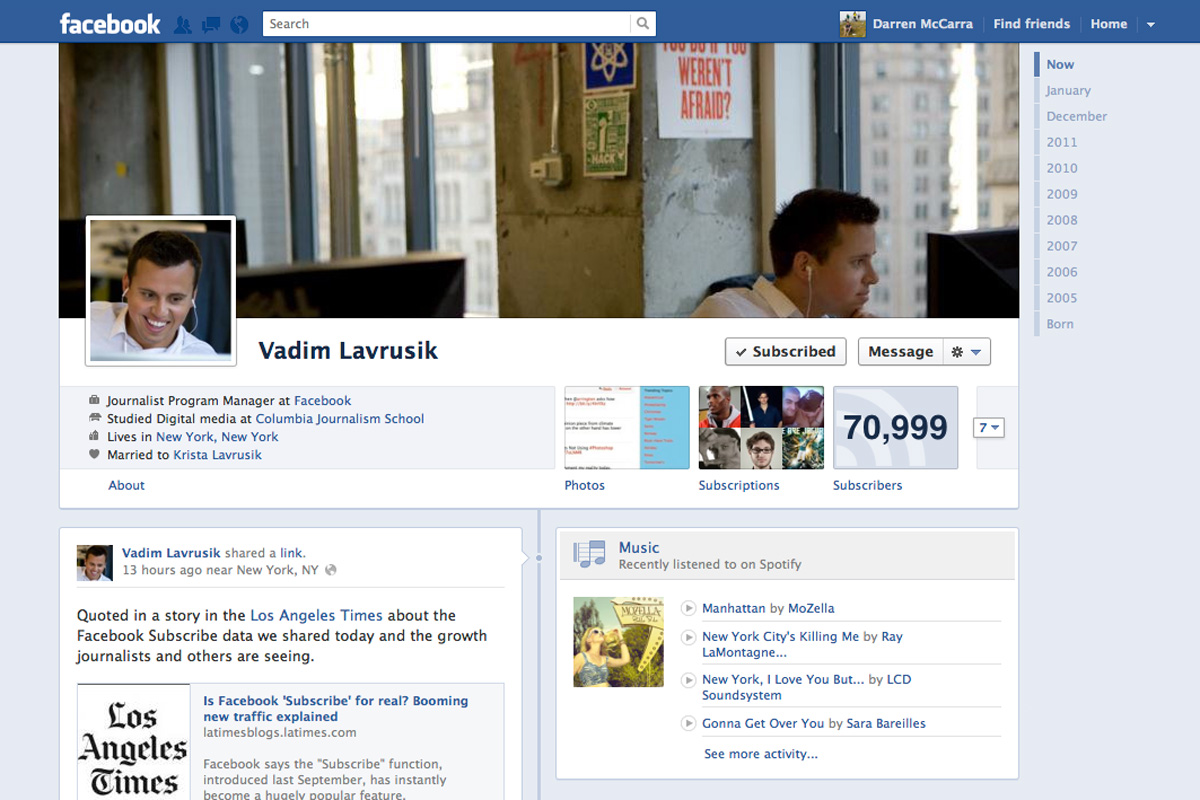 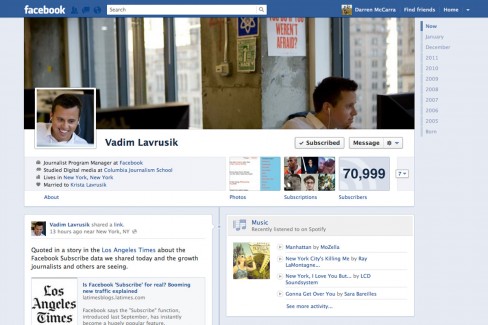 The feature has proved especially popular among journalists according to Facebook’s own analysis of a sample of 25 newshounds who enabled the feature upon launch. Since November 2011, the average journalist has experienced a 320% increase in subscriber numbers.

Facebook users discover journalists and other prominent figures to subscribe to in a number of different ways; through friends’ activities, Facebook search and through recommendations suggested by Facebook. I suspect the latter is the most influential method of gaining subscribers.

Facebook’s analysis found that, unsurprisingly, posts posing questions, posts with links and posts that contained a call to action like “read my link” or “check out my interview” received more comments, likes and shares. Posts with photos received 50% more likes.

Many journalists have been able to amass subscribers at a much faster rate that they would Twitter followers, potentially convincing them to spend less time on other networks like Twitter and Google+ to a lesser extent, in favour of greater audiences and public Facebook updates.

Meanwhile, I have nine subscribers on Facebook. Why not join me?