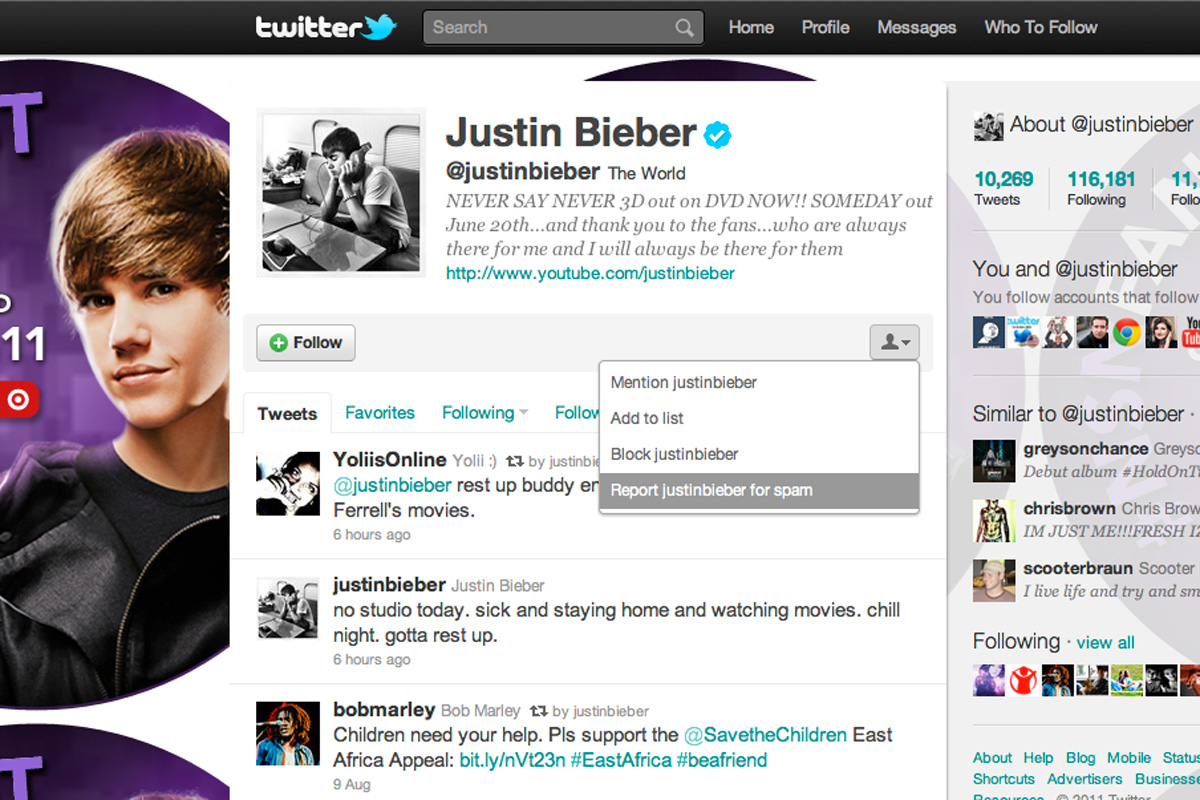 Reporting @JUSTINBIEBER for spam is unlikely to work...I've tried
3.57Kviews

Twitter CEO Dick Costolo has vowed to counteract spam accounts with “realtime” and “predictive” spam technology that the company is currently working on. In a tweeted response to a spam complaint by Twitter user Peter Kafka, Costolo stated,

@pkafka yep, we’re working on it.We are trying to migrate from “reactive” to “realtime” to “predictive” on that front.

As a regular Twitter user it’s obvious that the service is rife with spam and always has been. Programmed spam accounts often listen for specific keywords or hashtags within tweets and attempt to target users with relevant spam links, not to mention the widespread Twitter DM scams that we wrote about last month.

Costolo describes the current spam control system as “reactive” in a sense that users can report spam accounts or tweets after a spamming incident has occurred. When a certain quota of complaints relating to a specific account is reached, Twitter may purge that account. This method only works to a certain extent and requires other Twitter users to report immediately for the control to be effective.

Instead, Twitter want to employ an automated, or semi-automated, spam system that discovers spam accounts and tweets in realtime. Costolo’s use of the word “predictive” is interesting. It implies that tweets may be spam filtered before posting and vetted against a dictionary of spam phrases that learns and adapts to new spam over time.

Whatever technology Twitter eventually introduce to combat spam will certainly be welcome as its user base and subsequent spam levels continue to grow rapidly.