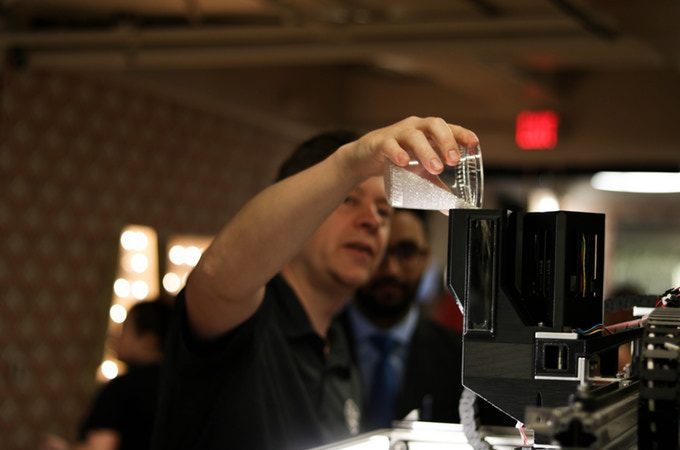 Already at $60,310 with four days still to go, the re:3d Gigabot X 3D printer has significantly surpassed its Kickstarter goal of $50,000.

According to the New York Times, “About 300 million tons of plastic is produced globally each year. Only about 10 percent of that is recycled. Of the plastic that is simply trashed, an estimated seven million tons ends up in the sea each year. There, it breaks down into smaller and smaller fragments over the years.”

Aside from being a big step in the direction of 3D printing directly from recyclables, there are some major benefits that come from printing with pellets.

The innovative key behind the technology was to melt small chunks of plastic instead of extruded filament for the input material in a process called “direct pellet extrusion.”

By printing with plastic pellets, the team was able to eliminate “the need for extruded plastic filament, which tends to be about 10x more expensive than pelletized plastic. Direct pellet extrusion also allows for faster printing.”

Experiments using direct pellet extrusion have shown to boost print times up to 17x faster than the filament-fed Gigabot, the startup’s first generation industrial 3D printer that was released at SXSW in 2013.

“Our goal, much like with the first-generation Gigabot, is to increase 3D printer accessibility and bridge the gap between cost and scale by creating an affordable, large-scale pellet printer.”

Rather than using filament, the 3D printer’s miniaturized direct drive system accepts pelletized plastic that is pulled down from a hopper, pushed through a heated barrel, and extruded though a small nozzle.

“We think it’s a super powerful tool that will open up new and high-growth markets around the world and also bring down the cost. Traditional filament can be a little pricey for plastic, but the plastic pellets are an order of magnitude less in costs,” said re:3D Co-Founder and Chief Hacker Matthew Fiedler.

According to ALL3DP, “The most commonly used types of 3D printer filament are the thermoplastics PLA, ABS, and PETG. Other materials that are sold as 3D printer filament include nylon, polycarbonate, carbon fiber, polypropylene, and many more.” All of these vary in strength, flexibility, and durability.

Regular PLA and ABS filament for 3D printing costs around $25 per kilogram on average, according to 3DInsider, but Polycarbonate Filament can cost around $95 per kilogram.