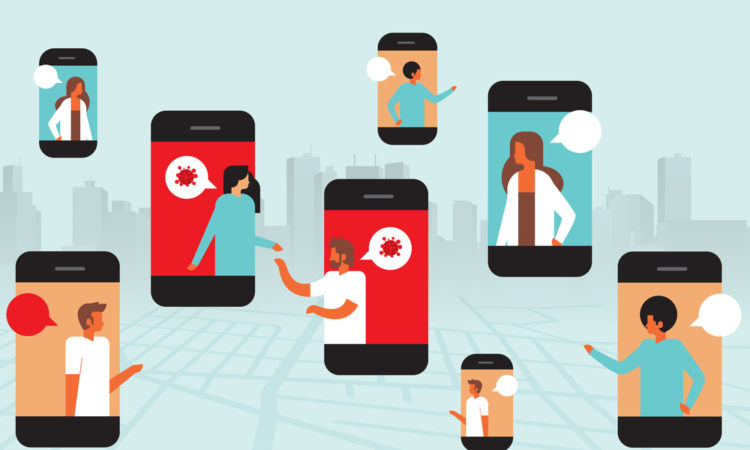 A new report from encryption platform Wickr infers that businesses operating in countries whose governments support contact tracing are turning to more secure forms of communication to avoid government overreach.

“Fears of government overreach are growing”

Today, end-to-end encryption collaboration platform Wickr released a report on “COVID-19 Tracing Apps and Measuring the Impact of Government Overreach,” which implies that businesses around the world are concerned about their governments overstepping their boundaries when it comes to privacy during the COVID-19 lockdown.

According to the report, “Fears of government overreach are growing, especially in countries whose citizens are caught up in other data privacy and surveillance controversies like internet censorship and government mandated encryption backdoors.”

Encryption expert and Wickr Chief Technology Officer (CTO) Chris Howell told The Sociable that Wickr’s Pro business platform saw huge spikes in new users during the global quarantine, but there was sufficient enough evidence to infer that there was something interesting going on behind the uptick.

Going beyond the fact that more people have been online while stuck at home, Howell explained that there were huge spikes coming from certain countries that were “being influenced significantly by government actions which are (and were) perceived as threats to business privacy.”

“We’d expect some type of COVID-related bump across the board, but the question became, ‘Why are we seeing it more dramatic in certain areas versus others?'” said Howell.

The Wickr report found that the five biggest spikes came from users in Turkey, Israel, Hungary, Russia, and Italy (see chart below).

What was it that was happening in these countries in particular that led to more users wanting more secure forms of communication?

They all have governments that are in favor of COVID-19 contact tracing technologies, as well as higher levels of oversight over their citizens.

“When we looked at the countries with the largest spikes, we found that there were significant factors in play for all of them relating to COVID tracing or government control and oversight in general,” the report reads.

Here’s what Wickr inferred from the data:

“We saw a correlation between places in the world where there was quite a bit of controversy with, and fear of, potential government overreach,” said Howell.

“The places that had the higher spikes in usage also happened to be places where there was a bunch of controversy related to user privacy with the COVID-19 tracing apps going on,” he added.

Going back even further in time, the report notes there were also spikes in users centered around certain privacy-related events that were taking place around the world at the time.

For example, last year Wickr saw more users coming from Hong Kong just after a bill was proposed to allow extraditions to mainland China, and when the Indian government proposed that tech companies should participate in government mandated surveillance, there was another increase in users.

“Our usage numbers seem to indicate that there are real concerns of government overreach of late and an apparent discomfort with putting privacy at risk for the sake of better COVID-19 tracing, in particular,” the report reads. “Governments of the world should take note of this.”

Howell added, “Privacy is something that is very important to me personally. I helped form a business around it. When you see the debate going forward with COVID-19 tracing apps, it’s a pretty hot issue, and I think this [report] can help inform that debate.”

Howell’s hope is that governments take notice — if they don’t take care of people’s privacy, data suggests that those people will respond, and they will turn to more secure forms of encryption to evade government overreach.