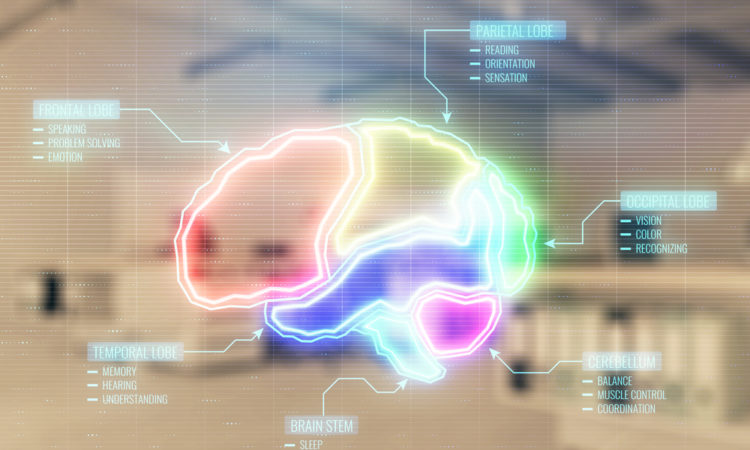 One of world’s leading experts on mood disorders tells The Sociable how psychedelic treatments act like software that helps patients restore their cognitive abilities by reconnecting their brain’s motherboard.

With over 25 years in the “brain preservation business,” over 600 articles published, and listed on Thomson Reuters’ “World’s Most Influential Scientific Minds” for over five years running, Dr. Roger McIntyre is one of the world’s most recognized experts in mood disorders.

He is also the CEO of Champignon Brands, which operates the Canadian Rapid Treatment Centre of Excellence — a fully operational ketamine clinic and the only clinic in Canada to perform psilocybin doses under Health Canada approval.

“We now think depression is a disconnection syndrome no different than your PC and your motherboard. There’s something disconnected” — Dr. Roger McIntyre

Dr. McIntyre tells The Sociable that mood disorders are the great enemy of the state because they debase human capital by reducing cognitive function.

Psychedelics like psilocybin and ketamine are helping to restore cognitive abilities in ways that scientists still don’t completely understand.

“The reduction in human GDP is coming from cognition, and that’s what took me towards very novel treatments like ketamine and psychedelics because we really need to find treatments that can try to improve people’s cognitive abilities and reduce their cognitive disabilities,” said Dr. McIntyre.

When we think of lowered cognitive capabilities, we may assume that there’s a lowering of IQ, but Dr. McIntyre assures that IQ does not go down with mood disorders like depression, but rather, circuit connectivity is disrupted in the brain, and that psychedelics can provide that proverbial Crtl, Alt, Delete.

My brain was like a Commodore 64 while I was depressed; now it’s like a Pentium, zapped-up, turbo-charged brain again

“We now think depression is a disconnection syndrome no different than your PC and your motherboard. There’s something disconnected,” he says.

But it’s not just depression that Dr. McIntyre describes as a “disconnection syndrome.” He says that most mood disorders stem from the same source problem — a disconnect in the brain circuitry — something wrong with the motherboard, what he calls “CNN: Circuits, Nodes, and Networks.”

“We now think that if you have autism, schizophrenia, anorexia nervosa, depression, bipolar, dementia, Alzheimer’s — the convergent view now is that although those are not the same disease states, they share something in common — there’s something wrong with the motherboard,” he said.

“Just imagine your motherboard on your PC. You go to turn it on one morning and it’s not turning on, or it’s really slow. That, metaphorically, is what depression does to your brain. There’s something wrong with the circuit connectivity.”

This is where metaphor and reality blend. Thanks to technology in the lab, specialists like Dr. McIntyre can actually see which parts of the brain are lighting up and which ones are disconnected in real-time, just like peeking inside a computer.

“And it’s not just a metaphor,” he says. “When we do experiments in the lab using MRI and looking at the brain, we are able to tease out the networks in the brain. It’s really incredible, you can actually see the networks live in a real living, breathing brain.”

If the brain is like a slow or poorly-operating computer, then psychedelics work like fast-acting defrag tools and antivirus software that help reset and rewire the motherboard brain, so it can think clearly again.

And thinking clearly can have a profoundly positive impact on mood.

In successful treatment cases, the differences can be like night and day.

As one of Dr. McIntyre’s patient’s described it, “My brain was like a Commodore 64 while I was depressed; now it’s like a Pentium, zapped-up, turbo-charged brain again.”

When someone has a mood disorder, it doesn’t mean that they are any less smart, it just means that their circuit connectivity is off and needs to be reset.

“The cool thing about ketamine and psychedelics,” according to Dr. McIntyre, is “the brain resets very quickly,” like after one or two doses.

And it’s not just a reset of a certain area of the brain; it’s a reset of the entire brain — the full effects of which have yet to be entirely understood.

A person can take an antidepressant, which can reset their mood, but it won’t reset their cognitive functionality.

“While antidepressants of the conventional variety take longer to work, they are more localized. They don’t help certain circuits like cognition, for example,” said Dr. McIntyre.

Psychedelic treatments, on the other hand, can reset the mood, the cognitive functionality, and a whole lot more.

If mood disorders can be classified as disconnection syndromes, then psychedelics look to be the software that can reconnect the circuitry.