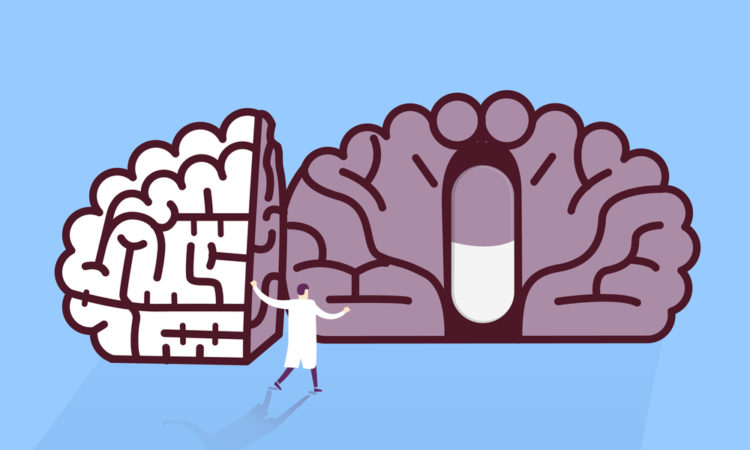 As the mental health benefits of the magic mushroom-derived drug psilocybin become more mainstream, researchers and developers are looking for ways to make new drugs more accessible for clinical therapy.

Born out of the desire to create psychedelic compounds more scalable than psilocybin, biotech startup EntheogeniX wants to make new, short-acting drugs that are “pharmacologically cleaner” than magic mushrooms, so more patients and practitioners can benefit from their use.

The magic mushroom experience typically lasts between four to eight hours, and that is a lot of time to spend in a clinical setting for both the patient and the doctor.

Dr. Srinivas Rao, Co-Founder and CEO at EntheogeniX Biosciences, tells The Sociable that his biotech startup wants to cut the psychedelic experience down to 30-40 minutes for several reasons.

There And Back Again

First of all, a shorter “trip” would mean a shorter visit to the doctor’s office where patients could get in and out in about two hours when you factor in the preparation at the beginning and the integration process at the end.

“Have an experience. Integrate it. And then have another experience”

Integration is crucial to these types of therapies because it helps patients make sense of what they just experienced, so they can incorporate their experiences as part of the healing process.

For many people, an intense, eight-hour psychedelic experience can leave them so exhausted and mentally battered, that they may dread their next session because they don’t want to go back and ride the seemingly never-ending emotional roller coaster often associated with the psychedelic experience.

The beauty of a psilocybin-like drug lasting less than an hour is that it helps ease anxiety because the user knows it will all be over in about a half an hour.

According to Dr. Rao, when therapeutic sessions are split up over multiple events, it allows the patient to get more comfortable with the treatment, so they are less anxious about the next one, and this helps with set and setting.

Set refers to a person’s mindset before going into the experience and setting is where the actual experience takes place — like at a doctor’s office.

Having a positive mindset beforehand and having the experience in a comfortable setting is very conducive for obtaining optimal outcomes.

By allowing the patient to “have an experience. Integrate it. And then have another experience,” Dr. Rao believes that EntheogeniX will be able to “automate some aspects of set and setting.”

But making a drug more scalable for clinical therapy goes beyond reducing time and partially automating set and setting.

EntheogeniX wants to create entirely new drugs that don’t look anything like psilocybin in their chemical structures.

Specially Tailored Drugs: Out With the Bad, In With the Good

According to Dr. Rao, developing specially tailored drugs from magic mushrooms involves extracting what you need from the psilocybin, discarding any elements that could cause cardiovascular stress in some patients, and then synthetically adding whatever else is needed to create the desired effects.

“Compounds we generate don’t look like anything you’ve ever seen before,” said the CEO.

The resulting drugs could be considered “pharmacological cleaner” than psilocybin because they would “clean up the cardiovascular profile,” thus making the drugs even more accessible to a wider selection of patients.

But for the drugs to be truly accessible, they must be able to reach patients that live outside of urban areas following FDA approval.

Getting Treatment to Small Towns

People all over the world suffer from a wide range of mental health issues such as treatment-resistant depression, bipolar disorder, and schizophrenia, but currently there are very few places people in rural areas can go to receive psychedelic-assisted therapies.

“A lot of people are suffering. We’re looking at getting to the small towns”

Psilocybin is a Schedule I drug in the US, meaning it is illegal to possess unless authorized by the government, and the only places the drug is clinically available for testing are research centers in major cities like Baltimore, San Francisco, Santa Fe, and New York.

These trials have limited spaces for applicants, and they require that the patients stay there for hours on end.

However, an FDA-approved psychedelic drug that lasts less than an hour could be dispatched to clinicians in rural areas who could then administer the drugs, provide treatment, and send patients on their merry way back home in the span of a couple of hours.

“A lot of people are suffering,” said Dr. Rao, adding, “Psilocybin will be very successful, but we’re looking at getting to the small towns.”

Herein, we’ve seen how EntheogeniX has looked to psilocybin for inspiration in coming up with new drugs, but the biotech startup is looking at far more compounds than just those found in magic mushrooms.

Derivatives of ketamine, iboga, and mescaline are all being studied, and more.

Dr. Rao tells The Sociable that EntheogeniX has created 100 compounds to date and is in the process of testing them against receptors.

If everything runs smoothly, and hardly anything ever does in drug development, we should be seeing some new drugs ready for trial in a little under three years, according to the CEO.